Weekend Holiday Rescue for a US Climber 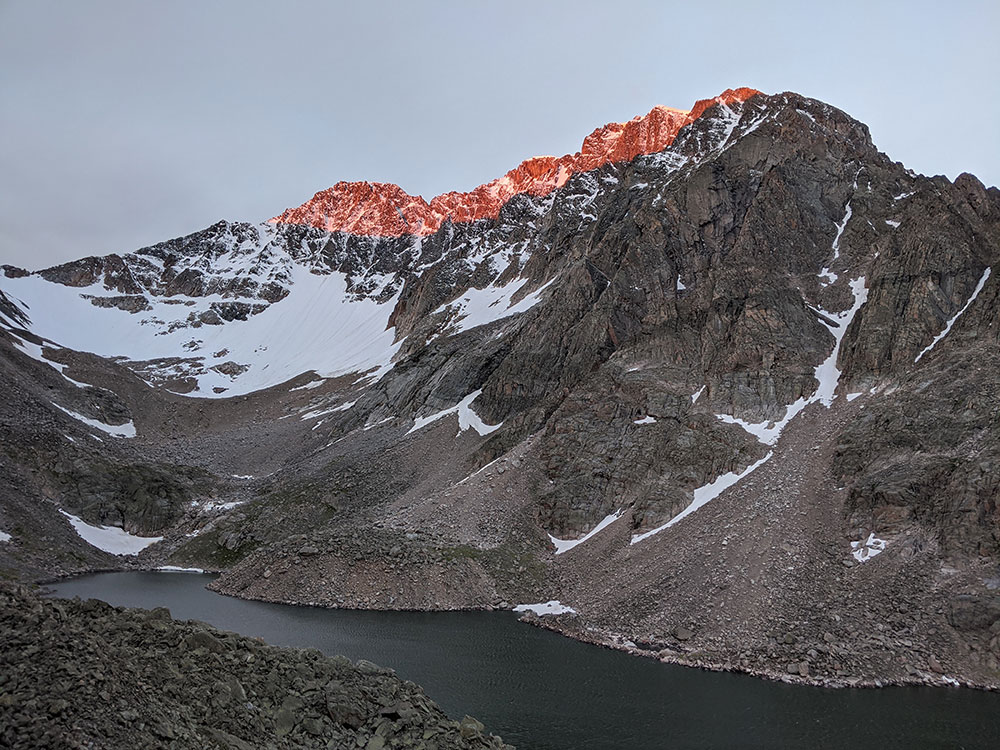 The trip was a Fourth of July excursion with friends. Zach Eiten, an avid climber and mountaineer from Colorado, was prepared for a climb of Granite Peak Mountain in Montana.

At 12,807 feet, Granite Peak, known for its unpredictable weather, is Montana’s highest mountain and the second most difficult highpoint in the United States.

“Someone had rated it ‘steep snow.’ Granite Peak had received about a foot of fresh snow the week leading up to our climb and it hadn’t melted as much as I would have wished for,” Eiten said.

Eiten, a member of the American Alpine Club (AAC), chose to climb the notch couloir, which is just north of the summit and faces east/northeast into the Avalanche Lake basin.

First, he climbed the couloir to the saddle. Then it was time for the next climb: the ridge to the summit.

“I started up a mixed gully [a mix of rock, snow and ice] for the first pitch,” Eiten described. “When I reached the top of the pitch there was nothing to build an anchor on other than a refrigerator-sized block. I warily slung the horn of the block and tip toed around to bring up my second. As I was pulling up the rope, a microwave-ish sized rock fell naturally nearby, causing a small rockslide. The block fell — with me attached.”

It all happened very quickly, but Eiten managed to catch himself on the way down.

“In the commotion, one of the large blocks had crushed my left foot,” Eiten said. “I figured I had probably broken it so I lowered to my partner and checked the foot. Determining I had indeed broken something, I radioed my buddy, who had decided not to climb our route and asked him to hike out and call Global Rescue while we rappelled down the mountain.”

“I have Global Rescue on speed dial in case of emergency,” Eiten said.

Often climbers are not in areas with substantial rescue services. In the Unites States, the medical evacuation procedure is different and Global Rescue’s first call would have normally been to the Beartooth Ranger Station. It was closed due to COVID-19 so the operations team called the Stillwater County Sheriff’s Office around 9 p.m. on Friday to let them know about an injured climber in their jurisdiction.

“Global Rescue ops worked as an information conduit,” said Jeff Weinstein, medical operations supervisor at Global Rescue. “We alerted emergency resources of the incident and coordinated rescue efforts between agencies and the injured party. The local search and rescue resources performed the rescue.”

This information conduit is good to have on your side during a pandemic. Although more than two thirds of the 419 units of the National Park System are open and available to visitors, facilities and services may remain closed to limit exposure to the virus.

Global Rescue’s intelligence and security teams track coronavirus travel information constantly and can navigate around the openings and closings to assist an ill or injured member. The bonus: members only need to call one number.

Peace of Mind for Fellow Climbers

A rescue organization — made up of volunteers from Stillwater, Yellowstone, Carbon and Sweet Grass counties, along with helicopters from Two Bear Air and Gallatin County — aided in the search, according to the Billings Gazette. By 7:45 a.m., the crews found the climbers near Avalanche Lake and Two Bear Air found a landing zone to transport Eiten.

Eiten says the rescue couldn’t have been any smoother.

“We rappelled the mountain and hiked back to camp with my broken foot. We slept for a couple of hours, then the SAR helicopters were flying overhead,” Eiten said. “According to my buddy Randy, ‘Global Rescue took care of everything.’”

By 1 p.m. on Saturday, Eiten was in stable condition at Stillwater County Hospital. He broke four toes on his left foot and some toes had multiple fractures.

“It was a massive burden lifted off of my friends’ shoulders,” Eiten said. “I have thought in the past, if I have to hike out to get help for a friend, I have to know who to call, where to go, what to do, etc. With Global Rescue on the other end, I know I have professionals who work through those problems so the people in the field can focus on the task at hand.”

“Everything about my rescue was a smooth as can be,” he said. “Although I hope I never have to use it again, I rest assured knowing that Global Rescue is there if I need it.”