On the Ground in Chile 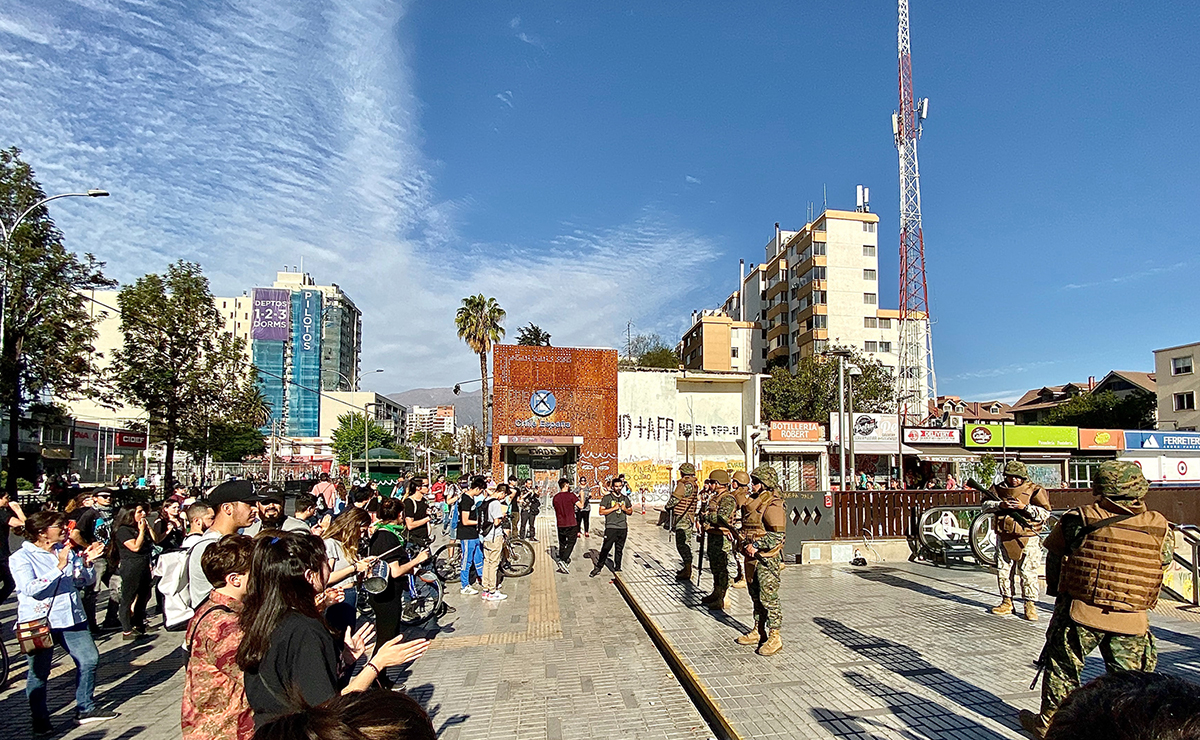 A million demonstrators took to the streets in Santiago, Chile, while dozens of smaller protests were taking place throughout the South American country.

Tourists like Ricardo Siman, CEO of a chain of department stores and three family members, were caught up in the civil unrest.

“We were in Punta Arenas (in southern Chile) going to evening church services. When we came out of Mass we saw soldiers fire water cannons at protesters and then they started firing tear gas to disperse the demonstrators. We saw the turmoil was growing. So we made it back to our hotel and made plans to fly out the next day, first to Santiago and then Atacama, but all the flights were canceled because the airport was closed.”

Students from Tulane University and Middlebury College were spread throughout the country engaged in study abroad programs. The Chilean disturbances had reached some students and education officials, like Alessandra Capossela, the Assistant Director for International Programs at Middlebury College, who grew concerned.

“A student reported seeing protesters getting tear gassed, but we weren’t certain of the severity or scale of the event. But then reports from our staff in Chile and Global Rescue confirmed something much bigger was going on,” she said. 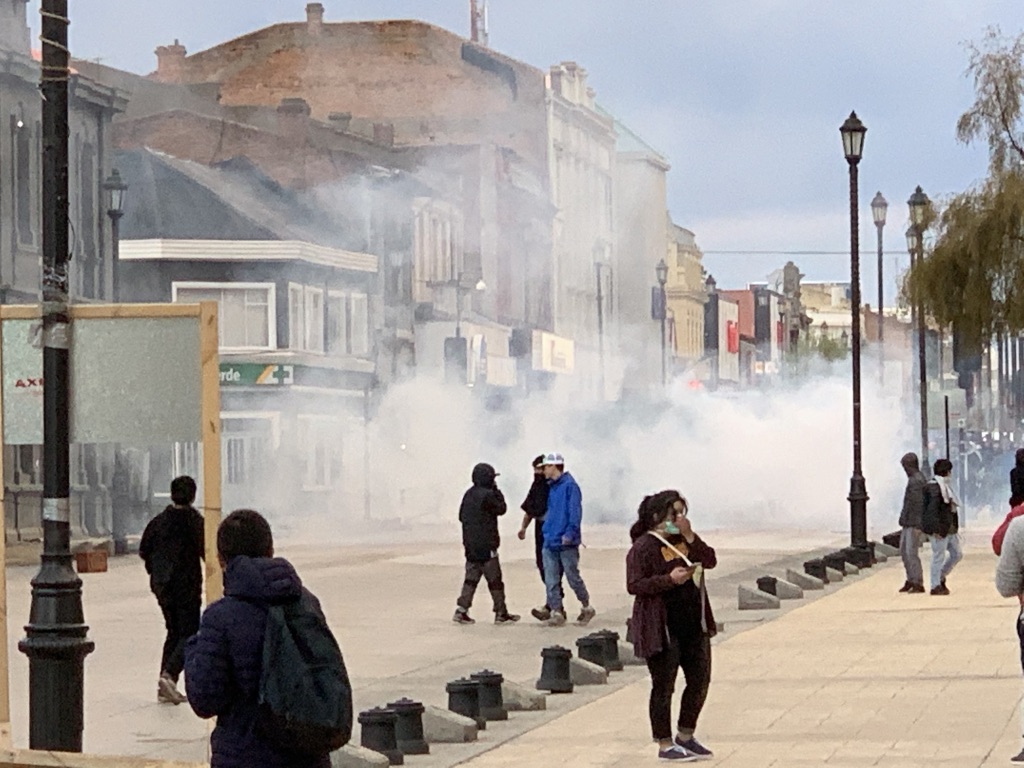 Global Rescue intelligence experts were tracking the Chilean developments closesly and keeping members and clients, like Siman and the schools, up-to-date.

According to Matt Napiltonia, Global Rescue’s operations manager (and former Navy SEAL), “we looked at accessibility into the region. There were disruptions at the international airport so we had to develop contingencies because before we could help anybody, we’d have to get ourselves in.”

“This was not something we could be reactive to. We have to be proactive and put some guys forward. Get in while we can and if it gets to a point where things escalate and meet the evacuation triggers then we are there in place ready to execute,” Napiltonia said.

Middlebury College’s Dean of International Programs, Carlos Velez, was surprised when he asked Global Rescue leadership how much time would be needed to deploy once a decision is made.

“My expectation was Global Rescue would say a couple of days. They said, ‘One hour.’ They couldn’t see it but I was doing a little dance in my office. It was so much better than I expected. It was amazing.”

Global Rescue specialists knew the situation was fluid, but they needed to assess the levels and patterns for potential escalation. They also needed to provide a credible perspective to stakeholders so members and clients could make the right decision for themselves.

Siman got just what he needed.

But the plan for Siman was unique since he was at the extreme southern tip of Chile. For the members closer to the capital city, it was different.

Ground truth was needed in Santiago.

“We were walking in and around the areas of potential unrest as well as the streets away from the protest convergence points, like Plaza Italia. We could see where there was fire damage and broken glass from damaged windows. But rather than repairing anything, people were reinforcing. They weren’t fixing anything; they were bracing for more. They were erecting barricades,” Napiltonia said.

Constant planning was required for the most likely developments. How and when to round up all the members was a core mission that needed to be formulated, whether it was needed or not. The students, for now, were safely away from the larger demonstrations in central Santiago. Half a dozen of them were residing on the outskirts of the capital city. Several others were distributed 70 miles away along the coast near Valparaiso. Another cluster were 310 miles south near Concepcion.

“You can’t just have one plan. You need to have secondary and tertiary plans in place. We developed redundant air providers and ground options. Just in case,” Napiltonia said. 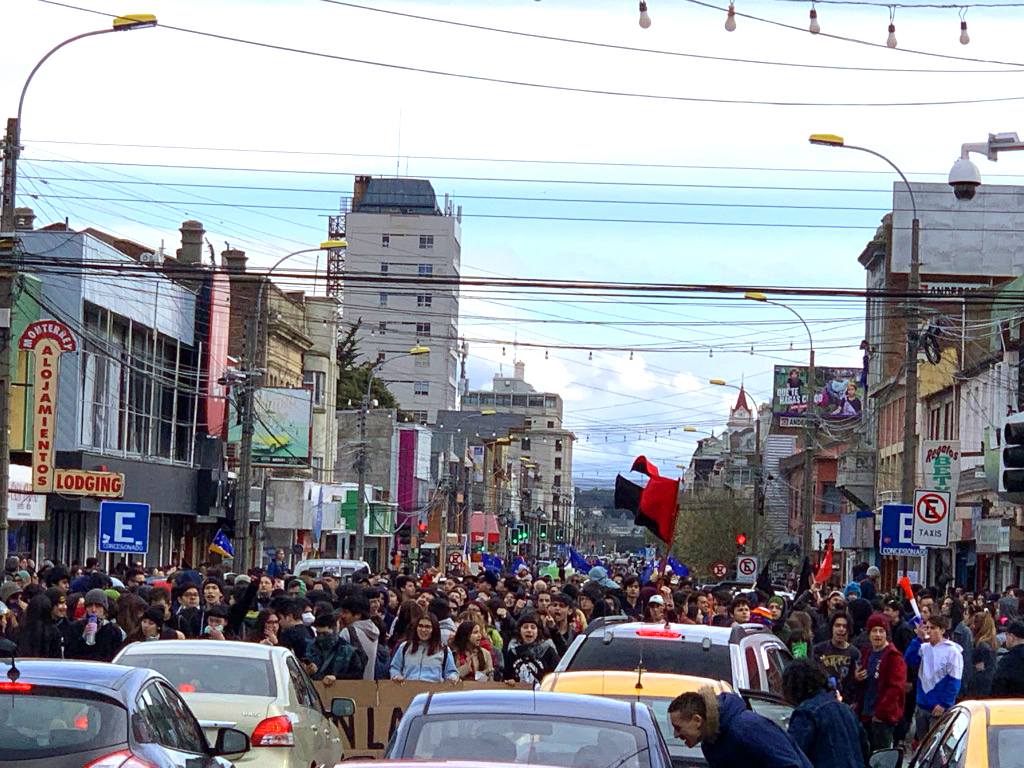 “Once Global Rescue made the decision that they were going to go to Chile there was definitely a feeling of relief just to know they were going to be that much closer,” said Middlebury College Associate Dean of International Programs, Liz Ross. “It was reassuring to the parents as well to know we had this resource in Global Rescue. That was comforting for them,” she added.

Ultimately, no evacuations were triggered because the on-the-ground intelligence painted a clearer, local picture for school officials to judge.

“What you get from the State Department is a very general assessment for the entire country. But to have Global Rescue go down there and give you the specifics of the roads, the city and the towns and to say we know where everyone is and if we have to get them out we know exactly where to go and what to do – well, it was amazing. If we didn’t have that then we might have jumped the gun,” Velez said.