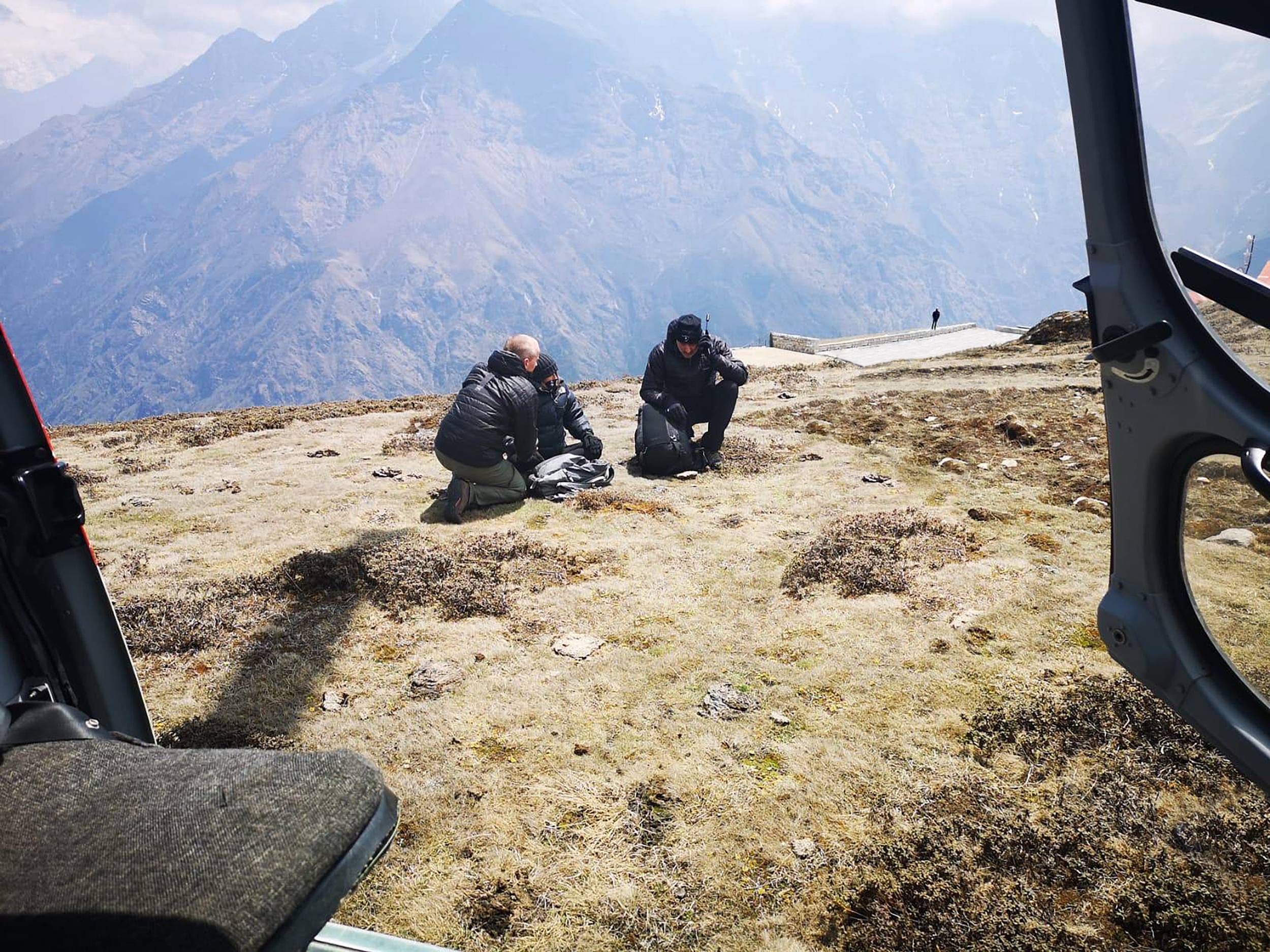 In today’s fast-paced world, cellular phones have become a primary means of communication. According to GSMA, a mobile operator association, 66.5% of the world’s population owns a mobile device. The technology has advanced rapidly and now 5 billion people carry smartphones full of apps you did not even know you needed.

But a cell phone isn’t the same as a satellite phone, which is recommended for travel to off-the-grid and remote locations. If you’re planning an adventure to any place with questionable cell phone coverage, Global Rescue offers a primer on satellite phones — and why you might need one.

How do cell phones work?

Cell phones operate off of cellular towers. Your cell phone bounces its signal to the closest tower, which then relays the signal onward. As you travel away from urban areas or into hilly or mountainous terrain, there are fewer and fewer towers and the cellular signal disappears.

How do you communicate when you are in an area with no cellular towers or where the terrain inhibits your connection to these towers? Satellite phones.

How do satellite phones work?

Satellite phones, or sat phones, are mobile two-way communication devices using satellites orbiting the Earth to receive and transmit data. Satellite constellations — a group of communication satellites working together as a system — are either configured as High Earth Orbit or Low Earth Orbit (LEO).

High Earth Orbit satellites are large satellites that maintain a high altitude (around 22,000 miles) orbit and follow the Earth as it spins. This means they are always centered along the Equator and generally remain in a constant location in the sky.

Satellite constellations in LEO form an intersecting web of satellites orbiting around the poles and the equator, allowing for constant communication across the globe. LEO satellites offer a significantly lower orbit, around 900 miles. They are much smaller and lighter when compared to their High Earth Orbit counterparts, and there are more of them in orbit. This means that at any one time you will have line-of-sight to at least two or three satellites, giving you more reliable coverage if you are in a polar or mountainous region.

But, because of their size, High Earth Orbit satellites can handle more data and are better suited to sending documents and e-mails.

What is a satellite messenger?

Satellite messengers are devices able to send text messages using the same satellite constellation as satellite phones. There are several types on the market including purpose-built messengers with mapping software and other essential features, like an SOS function, SMS capability, breadcrumb tracking and social media connectivity.

How much does a satellite phone cost?

You can expect to spend in the range of $1,500 to $2,000 on a sat phone, depending on your particular needs. Pricing structure for airtime varies with each manufacturer, but a safe estimate is around $2 per minute, plus a monthly service fee. This is significantly lower than roaming charges offered through some cellular networks.

If you don’t travel often, many vendors rent sat phones for about $75 per week plus airtime. We recommend using a satellite phone retailer since the provider is the company with the satellite system: Iridium, Globalstar and Inmarsat. They will help you choose a device and plan suitable to your communications needs.

Where are satellite phones illegal?

Satellite phone use is restricted and in some cases illegal, in a number of countries. Do your own research regarding the legality of satellite communication devices in your destination country. This includes phones and messaging devices.

Who needs a satellite phone?

These days almost anyone can benefit from owning a sat phone. Are you a mountain climber or trekker who routinely travels far up in the mountains in small groups? Do you fish in exotic locales, such as isolated beaches or clear high-mountain lakes? Does the thrill of an African safari stir something deep and primal within you?

Even for those who do not typically travel abroad, our own backyards are ripe with places where there is little to no cellular coverage.  Anyone who likes to be prepared should know that cellular networks will be the first to crash or become overloaded in an emergency or disaster situation while satellite networks will be much more reliable. No matter your pleasure or purpose, satellite phones are a reliable communication alternative.

And, if you ever need a medical or security evacuation, you will need a sat phone for two-way communication, which Global Rescue strongly recommends to members. Click here to learn more about Global Rescue travel memberships.