A Second Chance After a Life-Threatening Fall 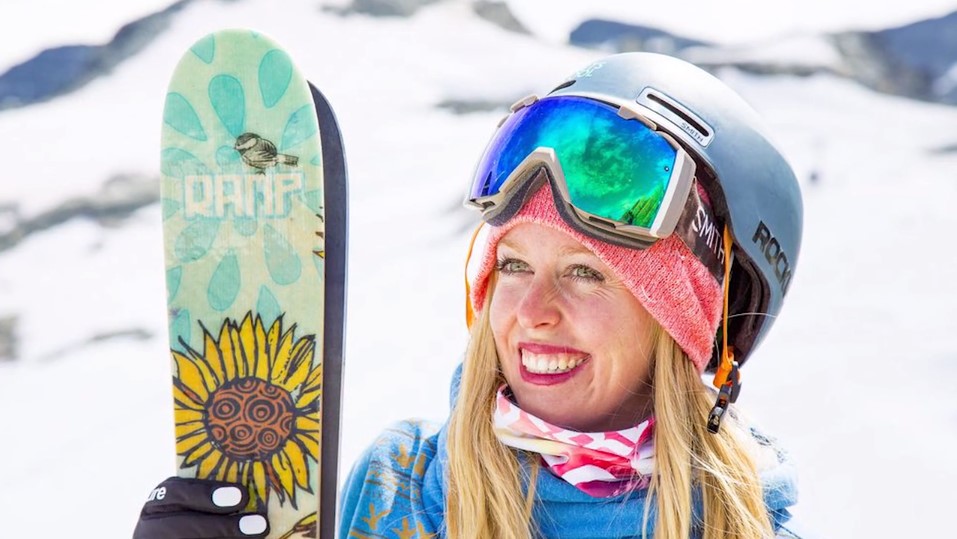 Alive, for the moment. It’s an unimaginable few words out of any parent’s worst nightmare. For Grace Mauzy, the few words became reality when she received a chilling phone call from the mountain at Whistler Blackcomb.

“I can’t even say it without it making me upset,” Mauzy said fighting back tears. “But yes, for the moment, is pretty horrible to hear.”

Growing up alongside her siblings in Park City, Utah, freeskier Jamie Crane-Mauzy started skiing as early as age one.

Her passion for winter and skiing fueled her rise among the AFP (Association of Freeskiing Professionals) World Tour rankings as a professional slopestyle and superpipe skier.

In 2013, she made history at The North Face Park and Pipe Open Series at Whistler Blackcomb, as the first woman to land a backflip off a rail in competition. The record-setting run earned Crane-Mauzy a trip to the X Games in Aspen, Colorado, where she also became the first female to land a double backflip in competition in the women’s ski slopestyle.

By 2015, Crane-Mauzy was back in Whistler, British Columbia – this time for the 2015 World Skiing Invitational (WSI).

“When I went up to World Tour Finals, my mom was thinking that I would win it,” Crane-Mauzy said.

Attempting a double backflip as she had done so many times before, Crane-Mauzy’s second run in the World Tour Finals took a tragic turn.

“My head whiplashed on to the snow, my brain started bleeding in eight spots,” Crane-Mauzy said. “I hurt my right brain stem so my entire right side was paralyzed. I started convulsing and I slipped into a coma.”

Medical personnel quickly arrived at Crane-Mauzy’s side before she was airlifted to Vancouver General Hospital.

“Global Rescue was completely on top of everything from moments after the accident until we came home,” Mauzy said. “They stayed with us. Global Rescue truly saved Jamie’s life.”

Thanks to Global Rescue’s prompt medical transport coordination, a life threatening fall was handled with expertise. It gave Jamie’s family the opportunity to focus solely on what mattered most.

“I didn’t have to worry about jargon or complicated information,” Mauzy said. “All I had to do was love my baby and my baby was the most important person that Global Rescue was taking care of at that moment.”

Two days after the accident, Crane-Mauzy’s family issued a statement thanking family and friends for the tremendous support and encouragement. Posting the statement to Jamie’s Facebook page, it was her sister, Jeanee, who encouraged family and friends to “share the message, #MoCrazyStrong and to continue rooting for Jamie’s speedy recovery.”

Having suffered a traumatic brain injury, the path to Jamie’s recovery was anything but clear.

The Centers for Disease Control and Prevention (CDC) notes that those who survive traumatic brain injuries or TBIs can experience effects lasting anywhere from a few days to a lifetime.

The Road to Recovery

A month later, Jamie’s family posted another update to her Facebook page — she was walking unassisted and even doing handstands in the park.

More than three years later, Jamie has made a full recovery and even returned to the slopes. Although no longer competitively skiing, she now writes about everything from her world travels to life after a traumatic brain injury with her sister, Jeanee on their blog, Life MoCrazy Strong.