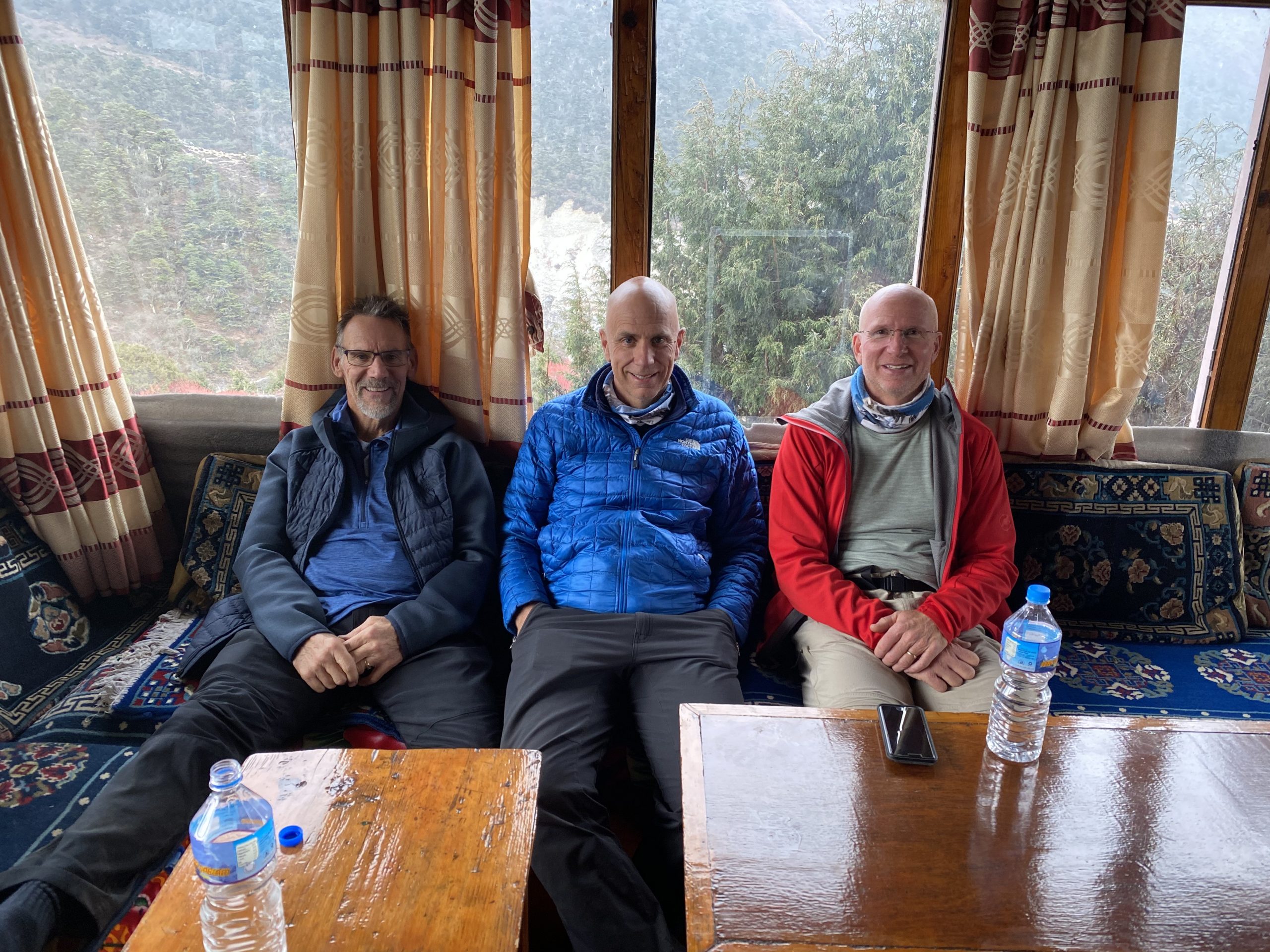 Buddy trips are a way to relax, reconnect and indulge in a little adventure. Nebraska resident Robert Kay and his buddies have been enjoying their trips for years.

“I have two friends here in Lincoln. We call ourselves the three amigos,” Kay said. “We have an adventure every year. We’ve gone to Peru, Nepal, Antarctica and other places together.”

In 2019, Kay and his friends decided to climb Ama Dablam, a 22,349-foot (6,170 m) mountain in the eastern Himalyan range in Khumbu, Nepal. Kay summitted Mount Everest in 2016, but suffered an attack of HAPE on his descent. An ascent up Ama Dablam, a smaller mountain, was equally intriguing for the group – and less dangerous.

But for Kay, altitude sickness caught up with him, again.

“I was moving kind of slowly. At first, I thought it was just me,” he said.

The group guide concurred progress was not quick enough and recommended the team turn around. 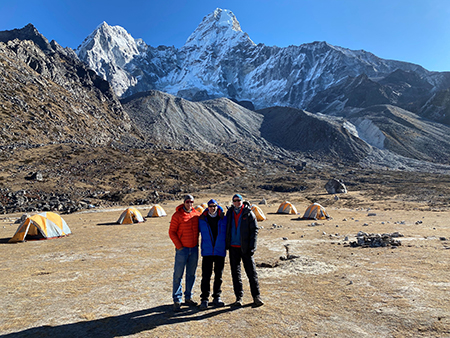 “I take what a guide says 100 percent seriously. They are the professionals that you hired for a reason. If you don’t trust their experience and opinion, then why have them?” he said.

Kay started his descent, but he could already feel the onset of HAPE and it was happening rapidly.

“I got to the point where I had to take five or six breaths for every step,” he said.

When the team made their pre-dawn return to camp one, Kay was in rough shape. Fortunately, one of the “three amigos” was a doctor.

“He got me medicated on Dexamethasone, kept me propped up until the sun rose and warmed things up a bit,” he said.

At that point, the team leader and the doctor both agreed spending another night – even at base camp – would be risky.

“We called Global Rescue. When the helicopter showed up it was like seeing the cavalry arrive,” he said.

A Second Experience With Global Rescue

Kay’s HAPE encounters have been tough.

“When I had HAPE on Mount Everest in 2016 I had no problem thinking, or understanding what was going on,” Kay said. “I simply could not breathe. It’s like you’re trying to breathe through a garden hose. It kind of works, but not well.”

Kay successfully summitted Mount Everest that day. His altitude sickness kicked in during his descent. When he arrived at camp two at 20,997 feet (6,400 m) he contacted Global Rescue for a helicopter rescue to Kathmandu for medical intervention.

“I’m super happy with Global Rescue. You guys have saved me twice,” he said.

Kay said his two friends are Global Rescue members, too. He admits that he doesn’t understand why anyone would neglect to be a member.

“If you’re a person who’s active, who’s outdoors, who travels, it’s crazy to not have Global Rescue. The membership is so valuable compared to the potential expenses. My rescue on Mount Everest (in 2016) would have cost me about $20,000, compared to the few hundred dollars I paid for the membership,” he said.

The “three amigos” will continue to do an adventure every year. Kay admits he’ll be scaling back on the big climbs.

“My high-altitude days are behind me. I’m going to stay below 20,000 feet. That seems to be where I start getting in trouble.”

Whether you’re planning a solo expedition or an annual adventure with friends, Global Rescue travel memberships provide access to medical and security advisory and evacuation services 24/7/365.