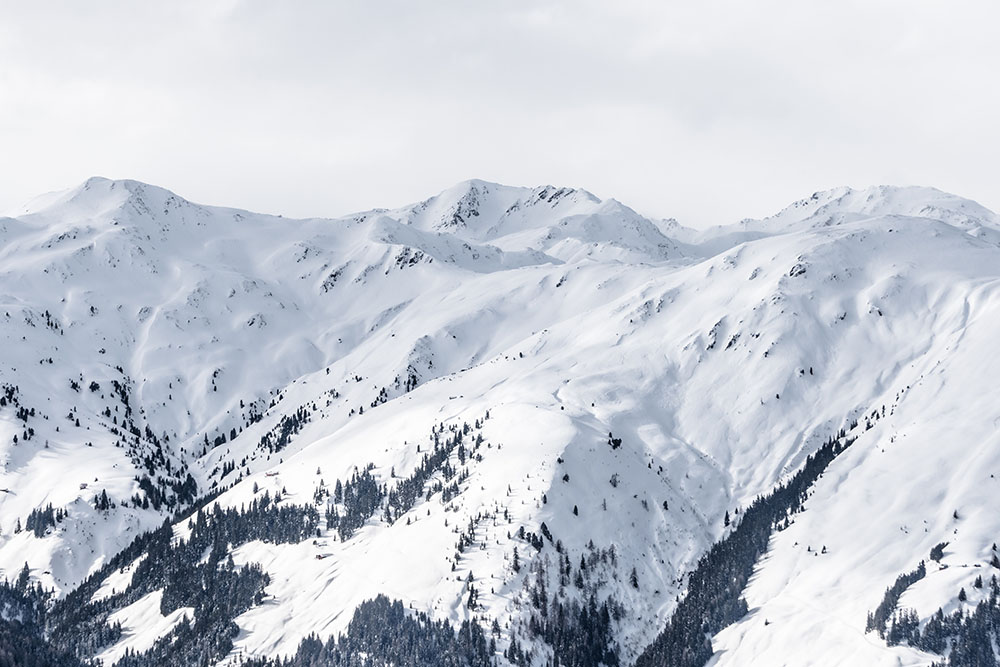 Avalanche statistics are scary — most people can’t survive under snow for more than 30 minutes and there’s only a 30% chance of survival when buried by an avalanche.

But the reality is even more frightening.

“If you are not killed or severely injured during the event and your airway is not packed with snow, you could survive up to 25 to 30 minutes,” said David Keaveny, operations specialist at Global Rescue.

This is the reason avalanche training is so important for any backcountry skier, snowshoer and snowmobiler.

“Anyone going into avalanche prone terrain should complete a certified avalanche safety awareness course appropriate for their destination,” said Harding Bush, associate manager of operations at Global Rescue. “Anything less is wrong.”

During the 2019-2020 season 25 people died as a result of an avalanche in the United States. On average, 20 to 40 people die every year in the U.S. Colorado is the state with the most avalanche-related deaths.

Worldwide avalanche deaths, tracked by the European Avalanche Warning Services, average 150 people annually. Each year in the Alps, between 90 and 110 people are killed by avalanches, according to the Institute for Snow and Avalanche Research. Most of these accidents occur in France, Switzerland, Italy and Austria.

Avalanches are most common during the winter, but they do occur year-round, according to National Geographic. In the United States, 100,000 natural avalanches occur each year.

There’s no substitute for training, advises Bush and Global Rescue personnel recommend you take a course before setting out on any backcountry adventure.

“Just because you weren’t able to book reservations at a resort this season, it doesn’t mean you’re ready to ski back country mountains without lifts, service amenities or safety patrols,” Bush said.

Advice From The Experts

For those of you who have taken a course, here are some additional considerations before your next winter excursion.

Know when to go — and when to stay home.

Most states and countries have their own avalanche resources. New Hampshire has the Mount Washington Avalanche Center, Switzerland has the WSL Institute for Snow and Avalanche Research and Avalanche Canada issues daily avalanche forecasts throughout the winter for much of the mountainous regions of western Canada.

“Each area is a tiny micro-climate,” Keaveny said. “Check the local weather and the local conditions of your destination, then continually make your own observations and risk assessment from the time you leave the trailhead until you return. Assess the snowpack and talk with others you encounter to share observations of the snowpack and weather.”

You may hear statements like “snow avalanche risk is at its greatest 24 hours following a snowfall of 12 inches or more.”

Keaveny warns there are more factors at play than just snowfall.

“There is so much more that goes into the creation of an avalanche: wind loading, slope aspect, faceted layers and solar gain, to name a few. Human triggered avalanches increase every year with people not being careful and starting an avalanche,” he said. “You may think it is safe days after a storm, when in fact it can be more dangerous due to combined factors.”

Do Not Go Alone

If you’re planning winter recreation in a remote or unfamiliar area, go with someone who knows the terrain: a guide, a tour operator or an experienced local.

An avalanche is made up of an underlying bed of snow, a weaker layer (such as fresh powder) and an overlaying snow slab. Add a stressor, usually additional snow or a falling rock, and the weight can collapse the weaker layer and send the slab sliding.

Add the weight of a human, or a group of humans, and the same thing can happen. In fact, 90% of deaths are from slides triggered by the victim or members of the victim’s group. Can loud sounds really set off an avalanche? According to Avalanche.org, it is a myth that noise can start an avalanche.

Everyone in your group should be trained in the use of avalanche safety equipment, because by the time search and rescue arrives, it may be too late.

“Four of us are going to Tuckerman’s Ravine but only one person has taken certified avalanche training,” said Keaveny, who is also a professional ski patroller and advanced wilderness EMT. “That’s not acceptable. Everyone needs to be on the same page to be able to back each other up.”

Your equipment is important but it’s not the only thing you should focus on.

“People in the back country need to understand that all the beacons, probes and shovels will not reduce the risk of an avalanche — they just help with finding their dead or severely injured body,” Bush said. “Often there is too much avalanche safety gear and people forget common sense items like extra glove liners, a basic first aid kit or a binding repair kit.”

“Technology is a double-edged sword,” agreed Keaveny. “It’s safer than it’s ever been in the backcountry, but the technology is useless if you can’t implement it properly. The average person has access to top-of-the-line equipment and how-to videos on the internet. This false sense of security is not a substitute for a credentialed avalanche awareness course, or the experience and skill needed to travel in the back or side country safely.”

Global Rescue, the pioneer of worldwide field rescue, has years of experience rescuing members with injuries in snowy backcountry situations, such as falling through a snow bridge in Pakistan, crashing into a tree while heli-skiing in Canada, and encountering bad weather while on expedition in Greenland.