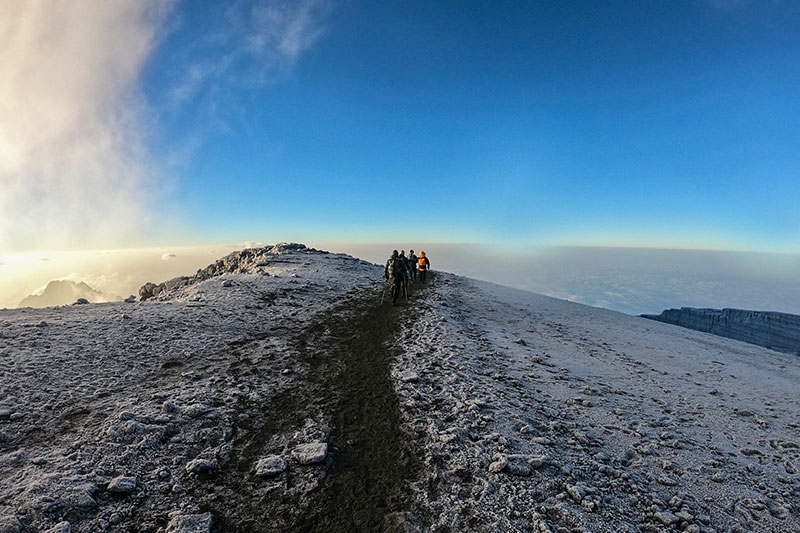 For more than a year and a half, the coronavirus pandemic has disrupted international mountaineering. Several months ago, five of the seven mountains making up the Seven Summits were open. But, pandemic-related border restrictions in the countries where those high peaks are located made many of those climbs off-limits to international climbers.

Summiting all seven of those peaks is a remarkable accomplishment. A climber must reach the top of Aconcagua in South America, Denali in North America, Mount Kilimanjaro in Africa, Mount Elbrus in Europe, Mount Vinson in Antarctica, Mount Carstenz in Indonesia (or Mount Kosciuszko in Australia) and finally Mount Everest for Asia.

In 1985, Pat Morrow, a Canadian mountaineer, was the first to achieve this feat. In the same year, Richard Bass and his climbing partner Frank Wells successfully followed suit. Two decades later, 20-year-old Danielle Fisher became the youngest person ever to scale all of the Seven Summits.

It’s unclear what COVID-19 or its variants will mean for the upcoming fall and winter climbing seasons, or for climbers in general, especially those looking to bag another peak in their Seven Summit quest. We checked with experts and here’s where things stand now. 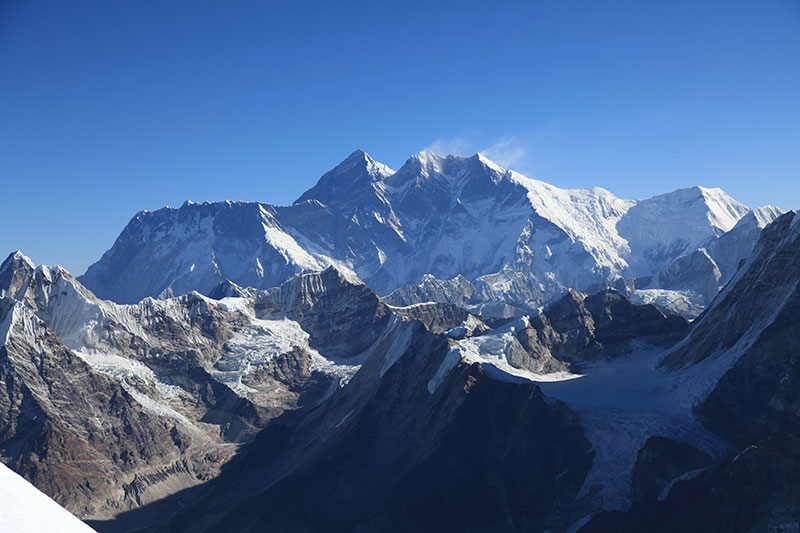 Climbing expert Alan Arnette characterized the spring 2021 season on Mount Everest as “perhaps the most complicated in history” due to the pandemic, conflicting accounts from health officials in the region, and inconsistent reports from a few tour guides. Nevertheless, Arnette expects next year to be a record year on Mount Everest.

For the upcoming fall climbing window, about 160 mountaineers have received permits to climb two Himalayan mountains inside Nepal, according to reports. But none for Mount Everest.

“So many mountaineers receiving climbing permits for the autumn season suggest there is a massive lure of Nepal’s Himalayan mountains among the climbers despite the risk of being infected with the coronavirus,” said Bhisma Raj Bhattarai, section officer at the Nepal Department of Tourism.

“[European mountaineers] are now coming to Nepal without fear as they have been vaccinated against COVID-19,” said Subash Kumar Shrestha, director of Himalaya Vision Treks Expedition, a Nepali company.

[Related Reading: How to Choose a Climbing Guide]

“It was the proudest day of my life,” she said.

Experts concur Mount Everest will be open for the fall and winter 2021-2022 climbing season.

“There are some normal requirements to enter Nepal including a negative COVID-19 PCR test result and a quarantine period on arrival. It will be easier if climbers have received vaccination as it may reduce their quarantine period,” said Dan Stretch, operations manager for Global Rescue Operations who is based in Nepal during the Himalaya climbing seasons.

The Mount Everest fall climbing season is short and difficult. “It’s generally for the ultra-elite climbers who have done everything else. There has not been a successful Everest winter summit since 1993,” said Stretch. 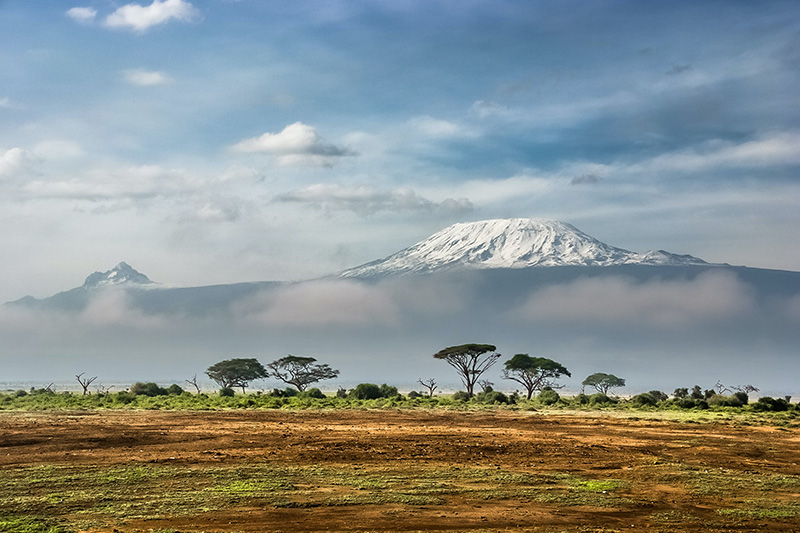 “The best time to climb Mount Kilimanjaro are the months of January through early-March and June through October. The clear skies, great views, and the sunshine makes it the best comfortable hiking conditions,” according to expedition guides.

One caution, international flights into the Kilimanjaro airport may be cancelled due to lack of passengers.

“Aconcagua National Park will be open for a short window January 1st to February 15th only,” said Lukas Furtenbach, owner at Furtenbach Adventures in Austria. “But Argentina is still closed to most international visitors including U.S. citizens and there’s no estimated end to the travel ban.”

But a border opening could be coming since the Argentine officials opened up advance sale of climbing permits at a 25% discount to promote local employment and tourism through the commercialization of tourist activities, according to a report.

“Given the current conditions in the local economy due to the pandemic, it is necessary to promote actions that allow the development of tourist activities in the Protected Natural Areas of the Province [Aconcagua]. Always bearing in mind, of course, that authorized activities must comply with the protocols regarding COVID-19,” said Sebastián Melchor, the director of Renewable Natural Resources.

“Currently entry into Argentina is heavily restricted with no entry permitted if you’re coming from the U.S. or the U.K. Unless that changes soon, Aconcagua will be off the radar for most climbers since it takes a minimum of a few months planning to commit and prepare for an expedition,” said Stretch. 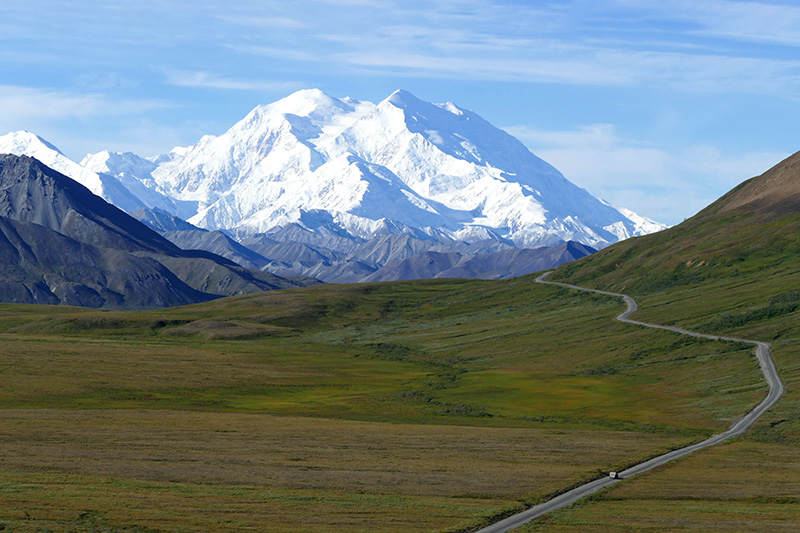 The ideal Denali climbing season is from late April until July, with the best conditions in May and June. Climbers wrap up by early summer to avoid the dangers associated with softening snow and increased glacier travel that can frequently open up crevasses.

“There were 1,018 registered climbers on Denali this season and 533 successful summits. The 53% summit success rate is almost exactly the modern average for the peak,” according to freelance writer Martin Walsh.

“The 2021 Denali mountaineering season is over. The last climbers were off Denali by mid-July.  We have not heard of anyone interested in attempting a winter climb at this point, but technically that could still happen before the 2021 calendar year end,” said Maureen Gualtieri, the mountaineering public information officer for Denali National Park and Preserve.

“I’m happy to say we did not encounter any COVID-19 cases during the 2021 season, and none were reported to us.  I suspect that is due to the availability of vaccinations at that point, the outdoor nature of climbing, our COVID mitigations, and the fact that the Delta variant did not really get rolling in Alaska until after the last climbers were off Denali,” she said.

Only American climbers could make the Denali attempt since there was no international travel to the U.S. during the pandemic.

Russia’s Mount Elbrus is open but the high-climbing season runs from April to September and has ended for 2021. Like Denali, travel entry requirements to the country blocked opportunities for international climbers.

“I have not seen any action there and all the main providers aren’t offering trips,” said Stretch.

“Expedition providers are taking bookings but they are waiting for the national officials to open up the borders. If they don’t, then trips will have to cancel or postpone,” said Stretch.

Furtenbach agrees. “Vinson and the whole of Antarctica is still uncertain. Trips are all sold out but I give it a 50% chance.” 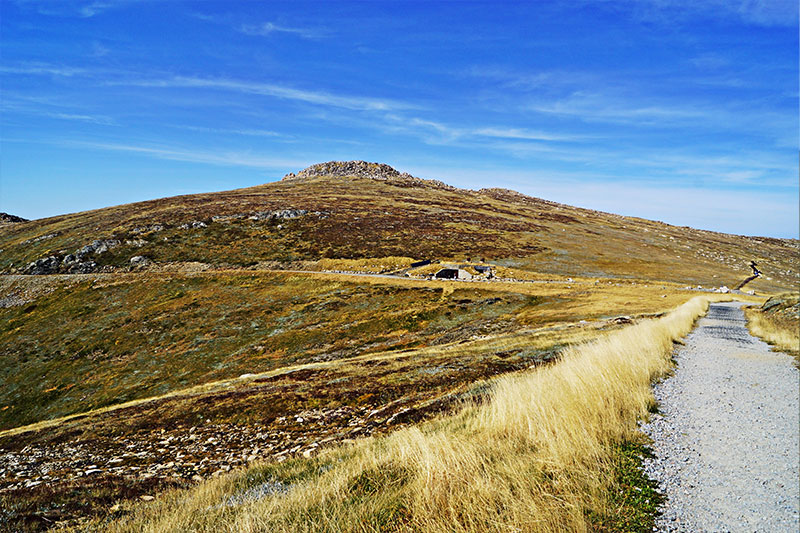 Mount Carstensz (also called Mount Jayawijaya or The Carstensz  Pyramid) is the highest mountain in Indonesia, on the island of New Guinea, with an elevation of 16,024 feet/4,884 meters. Locally, the mountain is called Puncak Jaya (Glorious Peak) and is the tallest peak in Oceania. Mountaineers living outside of Indonesia won’t have an opportunity to climb it since the county is closed to international visitors.

“I didn’t see large numbers of climbers there pre-COVID. Currently, some operators are booking expeditions but since the country is closed to foreigners, I don’t expect any climbers to be there until border restrictions change,” Stretch said.

Mount Kosciuszko is open, provided you can get to Australia. Access to the mountain is relatively easy since it is an operational ski resort.

“It’s a drive, a ski lift and a hike for a few hours and you’re there,” said Gordon Janow, who has led expeditions to all seven summits and is the director of programs for Alpine Ascents. He points out there are no permits required for ascents up the continent’s highest peak but guide services may have specific requirements for climbers.

After more than a year of pandemic protocols, border restrictions, infections, treatment therapies, vaccines and variants many experts in the high-climbing community have learned a few things.

“You have to be ready to cancel trips, pivot, make adjustments and recognize where you can add layers of safety and where you can’t,” said Gordon Janow, director of programs for Alpine Ascents. “I see a shift toward clients taking responsibility for the decision to go or postpone. We can’t make individual decisions. We all have the same information.”

Furtenbach said the road back to business is testing and vaccination. “We shouldn`t have run Mount Everest this spring when no one was vaccinated. If all staff and clients are vaccinated then I have fewer concerns.”

Precautions are imperative, but they are not always enough. “Expedition providers can take all the necessary precautions but then become exposed by an outside party. You have to remain in the team bubble when possible. Do not share space with other climbers or locals if it can be avoided,” said Stretch.

Finally, pressing the expedition organizer to share what precautions are in place, and what happens if they have a suspected case, are essential.

“Making sure the expedition organizer has tests available could save you an unnecessary canceled expedition,” said Stretch.