Crushed by a horse in British Columbia 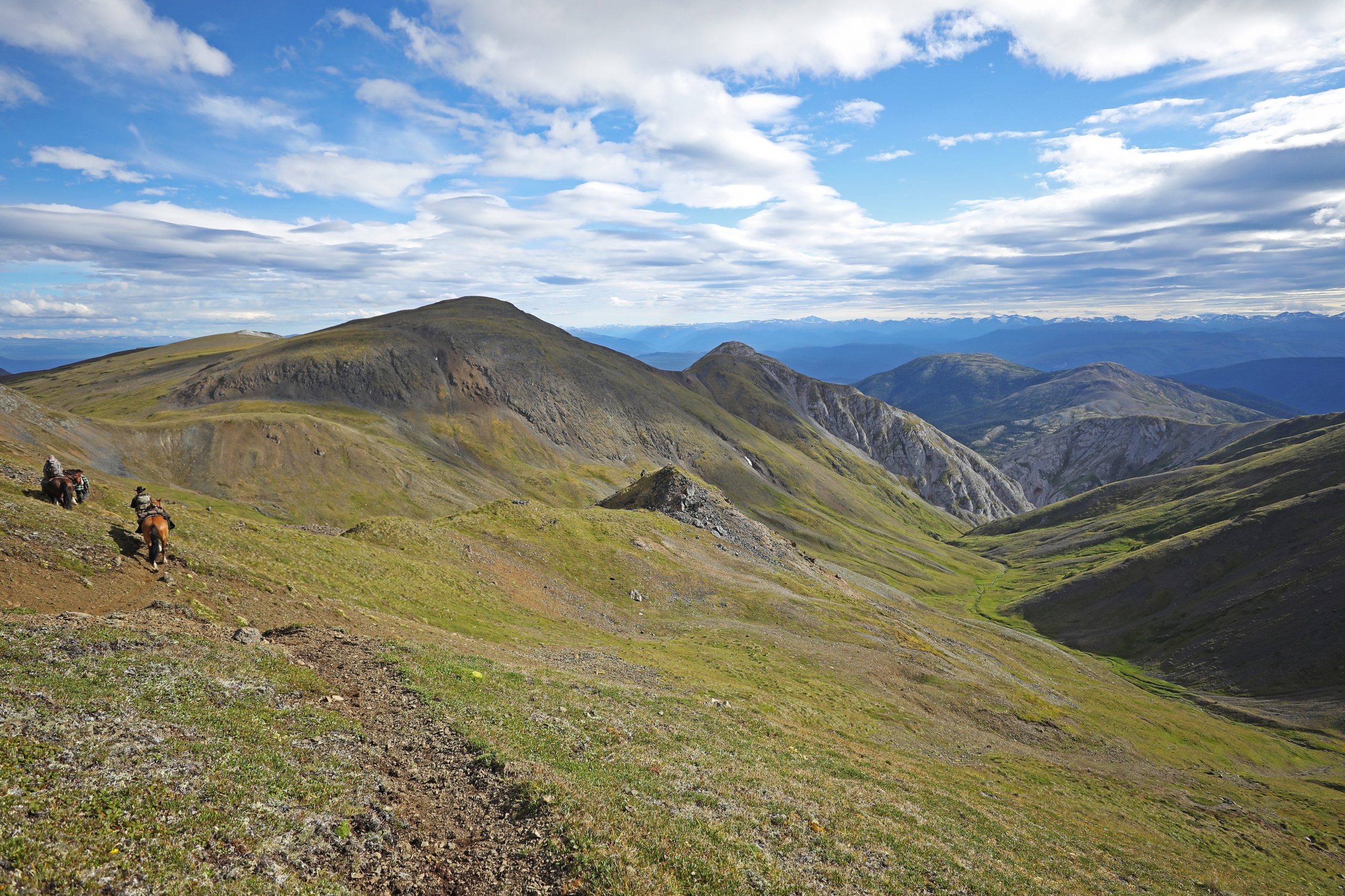 International adventure filmmaker Jake Latendresse was ten days into a backcountry trip in northern British Columbia in early April 2017. With their trip nearly over, Jake and his team were packing up camp. The team piled gear onto their pack horses, tacked up their saddle horses and headed out to a nearby lake where they planned to catch a plane back to the United States.

Jake recalled that one pack horse hit a tree with the hard pantry box on its back. That alarmed his horse, causing her to veer in another direction. As Jake tried to pull up on the reins to control his violently bucking horse, he began to slip off his saddle. Feeling trapped by the tension on her reins, Jake’s horse became more aggressive and reared up on her back legs. Next, the unthinkable happened: the horse fell completely over onto her back, hitting the ground on top of Jake.

Jake landed on top of his backpack, which protected his back and head from serious injury. However, the full body weight of his horse came crashing down onto his leg.

His horse rolled off Jake’s leg and ran away.  Jake knew immediately that his leg was crushed. 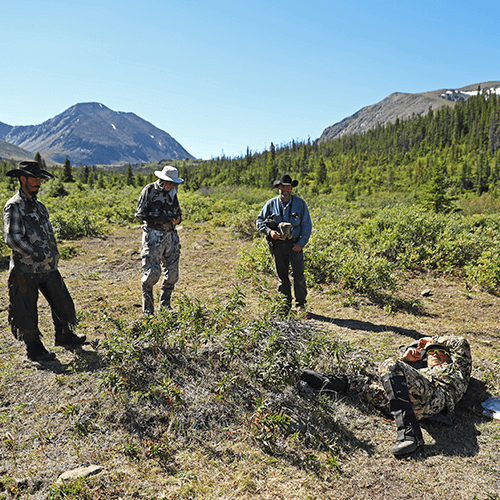 Jake shortly after the accident

“My boot was still on and all of my outer gear,” he said. “I was scared to take anything off because I didn’t want to look at it. I just started screaming for help.”

Global Rescue and a helicopter were notified as soon as Jake and his team established communications. “We had a med kit with us and I took high doses of ibuprofen before the helicopter showed up,” he said.

A rescue helicopter arrived at the scene to transport Jake to the nearest medical facility. The medical team flew Jake to Dease Lake, British Columbia, a small Native-Canadian reservation community with a medical facility well-equipped for victims of trauma.

The doctors administered pain medication and took X-rays of his injured limb.  The X-rays showed multiple fractures in Jake’s leg. In close communication with Global Rescue’s physicians, the doctors put a cast on his leg. Global Rescue started planning to bring Jake back to the United States for surgery.

“I was told I needed to get back home as soon as possible,” he said.

A friend drove Jake immediately to Whitehorse, Yukon. There they met a Global Rescue critical care paramedic who was deployed to assist in Jake’s medical care and transport him back to the United States for immediate surgery.

“When I got the call from one of your medical team saying that Global Rescue was going to take care of everything, and that a Global Rescue medic was going to come escort me home, I just broke down,” Jake said. “I was safe and I was hearing this good news after all of the bad news. That was the pivotal point in the whole situation.”

Jake awaited Global Rescue’s arrival in Whitehorse and recuperated until his flight arrangements were solidified and he felt well enough to travel.

Global Rescue’s medic arrived to meet Jake and coordinate details for their early morning flight back to Jake’s home in the Denver area.

“He carried everything for me, got me to the airport, got me a wheel chair, checked us both in, got us through customs in Vancouver, got us to Denver, got me all the way to my shuttle, jumped on the shuttle with me, rode all the way to my house in Fort Collins, and literally tucked me into bed,” recalled Jake.

Global Rescue had arranged for a surgical evaluation for Jake once he returned, sending his X-rays on to his doctor. Shortly after arriving home, Jake underwent surgery. Two horizontal titanium screws were put into the inner part of his ankle to fix the malleolus bones. Surgeons placed a four-inch screw through his lateral malleolus bone into his tibia to pull the bone back together, as it had been separated in the accident. He also had a straight fracture in his fibula, though doctors determined that it would heal on its own.

Following surgery, Jake has been recovering at home. He experienced some lingering swelling but is no longer in great pain. Recently, with the cast removed and replaced with a hard boot, Jake has begun physical therapy and training.

A Global Rescue member for the past three years, Jake noted that this was the first time he experienced a medical emergency. “You buy Global Rescue hoping you never have to use it and when it kicked in, it kicked in hard,” said Jake. “I can’t even explain how grateful I am to Global Rescue.” 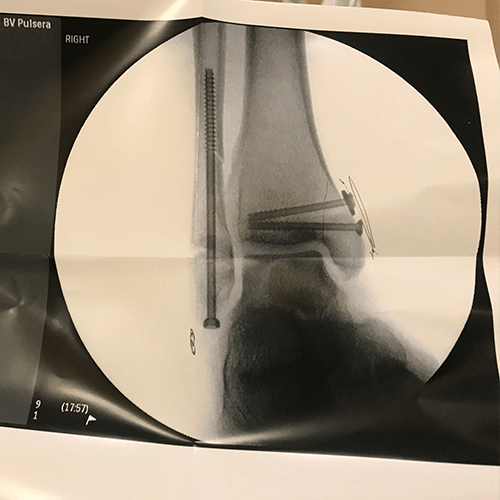