Trips and Travel with Dangerous Bugs 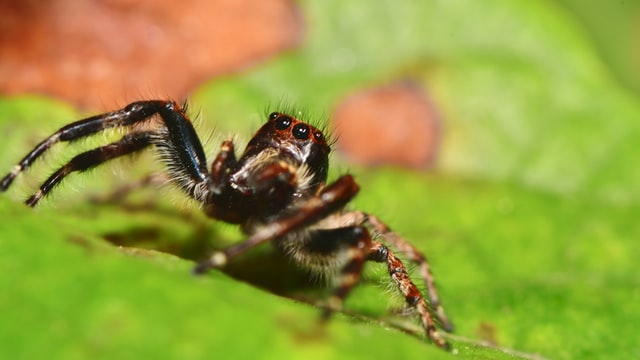 The summer season is a wonderful time to go outdoors, but be wary of the array of dangerous bugs, insects, arachnids and myriapods. Here is a list of insects that sting and bugs that bite as well as tips on how to avoid insect bites and stings in the woods, on the trail or on your outdoor deck.

The spring and summer seasons are an annual explosion of color repainting the browns and greys of winter. Fluorescent green leaves burst from tree limbs, hillsides are ablaze in wildflowers, and mountain ranges shed their snow-white blankets in exchange for verdant peaks kissing azure skies.

But the colorful outdoor show, and the warmer climate that naturally comes with it, also brings an array of dangerous summer insects, arachnids and myriapods — that is, bugs that bug you. Poet Ann Zwinger penned a succinct accounting of the seasonal reality: “Flies are the price we pay for summer.”

Serious problems with biting insects vary from region to region, said Lynn S. Kimsey, Ph.D., professor of Entomology and director, Center for Biosystematics, and director, Bohart Museum of Entomology. In general, pests become more active at a temperature above 60 degrees F/15 degrees C. “The warmer it is, the more active they are, and the more of them come out.”

[Related Reading: What to Do if You Get a Dangerous Illness Abroad]

Spring and summer bring an uptick in the aggressive nature of a few stinging insects. If you’re not careful, then you could find yourself on the wrong end of an attack — and what you think is the right thing to do may be the worst plan of all. The following are a few examples of dangerous summer bugs and how to avoid insect bites and stings in the woods, on the trail or on your outdoor deck.

Paper wasps and yellow jackets are not antagonistic insects in general unless their nest is traumatized. Stings hurt, no doubt, and pose a risk of allergic reaction for some. Paper wasps are a problem in the summer when they get big.

“Yellowjackets can be dangerous as we move into the later part of summer because they get aggressive, territorial and more intolerant, especially if you get close to their nest,” says Howard Russell, Entomologist, Department of Plant, Soil and Microbial Sciences at Michigan State University.

Hikers and trekkers are likely familiar with the threat of bees. They are difficult to spot and, generally, will leave you alone if you leave them alone. But if you step on a nest, they will come out in force to defend their home. That’s when you need to get away as quickly as possible.

There is a risk of anaphylaxis or a deadly allergic reaction to a bee sting. “It is rare, but some people are extra sensitive to bee stings. If you know you are at risk for anaphylaxis from a sting, you should be carrying your prescribed epinephrine auto-injector with you anytime you go outdoors during spring, summer or fall,” said Jeff Weinstein. a paramedic and a medical operations supervisor for Global Rescue.

Weinstein recommends hikers throw a bottle of Benadryl into their bag when hiking. “If you get stung and start to become itchy or have some hives appear, you can take some and mitigate your body’s histamine response,” he said.

Mosquitoes are prevalent in late spring and early summer, especially if there’s been plenty of rain, and common in the woods and near rivers. Their population decreases in warmer, drier weather. Mosquitos can carry several infectious diseases as well as viruses and parasites. Mosquito-spread diseases include malaria, Eastern equine encephalitis (EEE), West Nile virus, Zika, elephantiasis, Dengue fever and yellow fever are a few.

One Global Rescue member traveling in Uganda was unconscious and seizing when Global Rescue got the call for a medical evacuation. Without quick response and continual bedside monitoring by Global Rescue’s paramedic, the diagnosis of cerebral malaria would have been fatal.

Remember: When you are far away from home, the best course of action is to prevent the bug bite of summer from happening in the first place.

Any New Englander will share stories of the seasonal black fly influx and their annoying behavior. Hats, long sleeve shirts and pants can be an effective defense against them, and their bites can cause swelling.

Fleas are more active as the weather gets warmer. When they bite, you won’t know it for a few hours, there will be several bites in a single area and it will likely promote itching. The bite site may appear like a red sore or bump. Typical flea bites tend to occur in the bend of an elbow, the back of the knee, at the waist, ankles and armpits. Avoid scratching to reduce the likelihood of infection.

Ant bites are an annoyance in the northern region of the U.S. but more serious in the south. Fire ants sting and dispense a toxin that can cause severe reactions among some people, especially if they are stung multiple times. “If you were stung, you will get a rapid, painful feeling,” said Dr. Ned Walker, professor at Michigan State University in the Department of Entomology and the Department of Microbiology and Molecular Genetics. 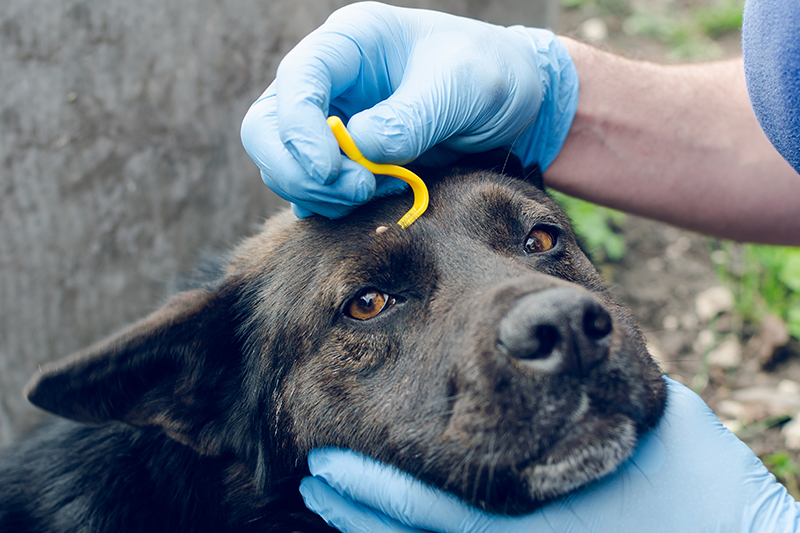 Ticks thrive in humidity. If you have a wet year, mild winter and early spring then you have ideal conditions for an increase in the tick population. Tick populations are growing across many parts of the U.S. and abroad in places like Europe, Africa, the Middle East, and Asia. That translates to higher possibilities of tick-borne diseases — most notoriously Lyme disease — and the need to be ever vigilant to spot these arachnids, often as small as a sesame seed, before they attach to you or another host in your household, like a child or a pet.

Consider using a tick repellent, especially if you’re going to be in the backcountry for a few days. It’s a good idea to apply insecticide permethrin to your gear and clothing as it will still remain protected after several washes (in case things get damp out there). You can also use repellent sprays on skin not covered by clothing — just be sure they’re EPA-registered repellents.

[Related Reading: How to Protect Yourself From Ticks This Season]

Global Rescue member Linda Hanks suspected she had a brown recluse spider bite and used the Global Rescue Mobile App to request a TotalCare urgent consult. Within 10 minutes, a physician from the Elite Medical Group confirmed the diagnosis and provided Hanks with remedies.

The black widow is really the most dangerous spider, but you are not very likely to come across it, according to Russell. The female black widow spider is known as the most venomous spider in North America. House spiders are the ones most likely to be hanging around the dark corners of your home in the spring. They are not considered a danger because they do not have venom strong enough to evoke much of a reaction. Spiders usually bite only if they feel threatened.

Large centipede bites may cause intense pain and discomfort for people, but fatalities are extremely rare. Although not generally considered dangerous to humans, many millipedes produce noxious secretions which, in rare cases, can cause temporary blistering and discoloration of the skin.

Prepare and Protect Yourself

The spring and summer seasons are a wonderful time to explore the outdoors — but be prepared to protect yourself against the dangers that may come with it. This means having the right attitude, the appropriate gear and a Global Rescue membership.

Global Rescue expanded its membership services to include medical and evacuation services within 100 miles of home — as well as everything beyond 100 miles. No matter where you are, a travel protection services membership will ensure you and your loved ones are ill or injured and are unable to get to safety on your own.