Deployed as a Marine, and now as a Global Rescue paramedic 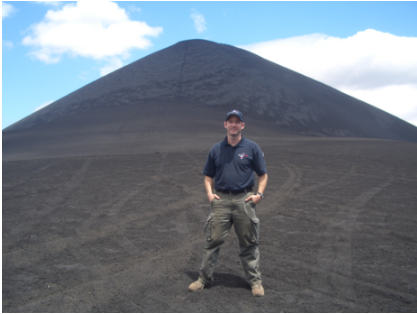 When Global Rescue paramedic Pat Brady looks back on his college years, he singles out one learning experience above the rest: the six months he spent on what he describes as his “semester abroad” in Iraq.

In December 2002, while in his senior year at the University of Kansas and also serving in the U.S. Marine Corps Reserve, Pat received a call from his battalion informing him that he would be deployed to Camp Coyote, Kuwait, within the week. He was visiting family in Chicago at the time, so he had to immediately drive back to Overland Park, KS, to pack whatever belongings he thought he would need for an undetermined period of time in the desert. Within five days of the phone call he was on board the U.S.S. Bataan, bound for the Persian Gulf.

His new home was a tent city with no running water or electricity, surrounded by a 360-degree horizon where brown sand meets blue sky. He spent more time than he cares to remember using his backpack as a pillow, awaiting orders to move north. When that green light arrived, his unit rolled past the 30-foot-deep, tank-lined trench that divided Kuwait from Iraq, onward to help secure Nasiriyah – the site of Jessica Lynch’s capture and some of the war’s fiercest fighting – and then further north to patrol the streets of Kut.

“That was basically like being a cop in a really bad part of town,” Pat said about his time in Kut. “But when you go to war, by necessity you learn a lot about that society. I gained a good understanding of how things work in the Middle East. That was the silver lining.”

It may not have been a typical semester abroad, but serving with the USMC 4th Reconnaissance Battalion in Operation Iraqi Freedom II prepared Pat for his career as a Global Rescue deployable paramedic in a way that no other experience could. Being in a constant state of alert and always ready to move was how he wanted to spend the rest of his career. So, after his time in the Marines, Pat studied to become a paramedic.

“When I left the military to focus on starting a family I knew I didn’t want to lose that edge,” he said, “ where you’re always looking over your shoulder, keeping your head on a swivel, constantly running through scenarios in your mind.”

While working with a rescue unit in his native Texas, Pat first learned about Global Rescue and was in touch with the medics in its Boston Operations Center. Eventually, he was invited to join Global Rescue’s security professionals and paramedics who were performing medical evacuations, security evacuations and humanitarian assistance in Haiti immediately after the 2010 earthquake.

“I came back from that experience knowing I had to join Global Rescue,” he said. “I was incredibly impressed by the team and I knew I was going to be working with the best in the business.”

Since that initial trip to Haiti, Pat has deployed to assist members worldwide, including missions to Europe, Africa and Central America. In Nicaragua, he was part of a high-profile sporting event with Red Bull, medically supporting a successful attempt to break the mountain bike land speed record.  Appropriately, the attempt took place on the slopes of an active volcano. However, it was his latest deployment to Johannesburg (one of two missions to South Africa for him this year) that has been the most rewarding.

“In this line of work, you are used to assisting people who have a lot of needs and it requires a lot of patience. After all, you’re meeting them on probably the worst days of their lives,” Pat said. “That’s why this last trip to South Africa was so memorable. This was totally different.”

In this instance, the woman – a fellow Texan – was faced with a debilitating injury, but retained a remarkably positive outlook throughout her ordeal. She had been on safari in Zimbabwe when she was gored by a Cape buffalo, requiring a field rescue and medical evacuation to the best trauma center on the continent.  She had sustained severe injuries, including a bruised spinal cord which left her without mobility in her lower extremities.

Pat was one of three paramedics deployed to oversee her care, assist her at her bedside and transport her home.

“She was just the most upbeat patient I can remember, such a positive attitude despite her injuries. It was inspiring for me,” Pat said. 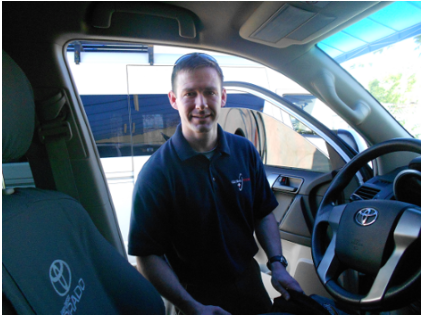