It Wasn’t Just a Cough: When A Doctor Becomes the Patient 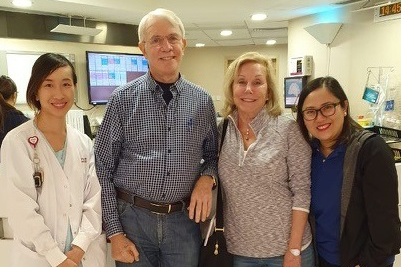 A typhoon near Japan forced the largest privately-owned residential yacht, The World, to make a mid-October run to escape the impending rough seas. It wasn’t the planned itinerary but everyone, including longtime ship residents Dr. Harris Silverman and his wife, understood the necessity.

The ship successfully escaped the hurricane, reaching Shanghai, China for a short time before heading to Hong Kong. But Silverman was unable to dodge something insidious, and potentially more dangerous.

“By the time we left Shanghai, we all felt particulate in our throats. I assumed it was from the air pollution,” said Silverman, a retired ophthalmologist from Florida. “My sore throat ended up evolving into something like a cold, and then something like bronchitis. My bronchial tube was secreting, and I was unable to bring up any of the phlegm.”

Silverman checked in with the ship’s doctor and quickly learned it wasn’t just a cough or a sore throat.

“My oxygen saturation level started to plummet, so I suggested we take a chest X-ray,” he said.

The results showed a collapsed right lower lung lobe with what appeared to be a fluid level.

“That’s where it got really interesting,” he said. 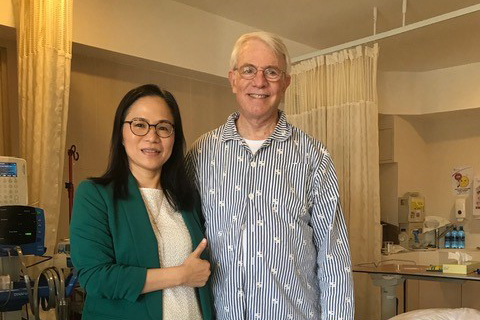 The ship’s doctor told Silverman his condition prohibited further travelling or flying back to his Florida home. “He said, ‘It’s time to call in Global Rescue.’ So, we made the call,” he said.

Global Rescue arranged transportation for Silverman off the ship to a medical facility and selected a pulmonologist.

“What was so interesting was how quickly Global Rescue took over. The doctor they recommended was outstanding in every way. Her care was spot on, a good communicator. She made frequent rounds and used state-of-the-art medical technology. From the moment that the phone call was made until the moment I was discharged, Global Rescue was really fantastic,” he said.

Silverman had never used Global Rescue in the past and he’d never been hospitalized either. The ship’s leadership and residents picked Global Rescue long ago as the company to provide services should something bad happen anywhere on a voyage.

“If you travel around the world you sometimes find yourself in places that are far off the beaten track. Global Rescue was the company to get us to a facility where we could be evaluated with more equipment and more expertise than is available on the ship,” he said.

But Silverman, an experienced doctor, got more than he expected.

“My assumption was that Global Rescue’s responsibility would be to get me from the ship to a hospital. But it was far more than that. My expectations were exceeded in a major way,” he said.

Global Rescue arranged for a local nurse to assist with Silverman’s case.

“She ran interference between me and the nursing staff at the hospital. She tracked everything with great attention to detail. She made sure nothing was lost in translation. She was quite amazing,” he said.

There is an expression, doctors make the worst patients, but that was not the case for Silverman, who admitted, “It was unusual to be a patient [but] I could not have had better care even if I was home.”