A Travel Story: When Your Back Bails on a Hike 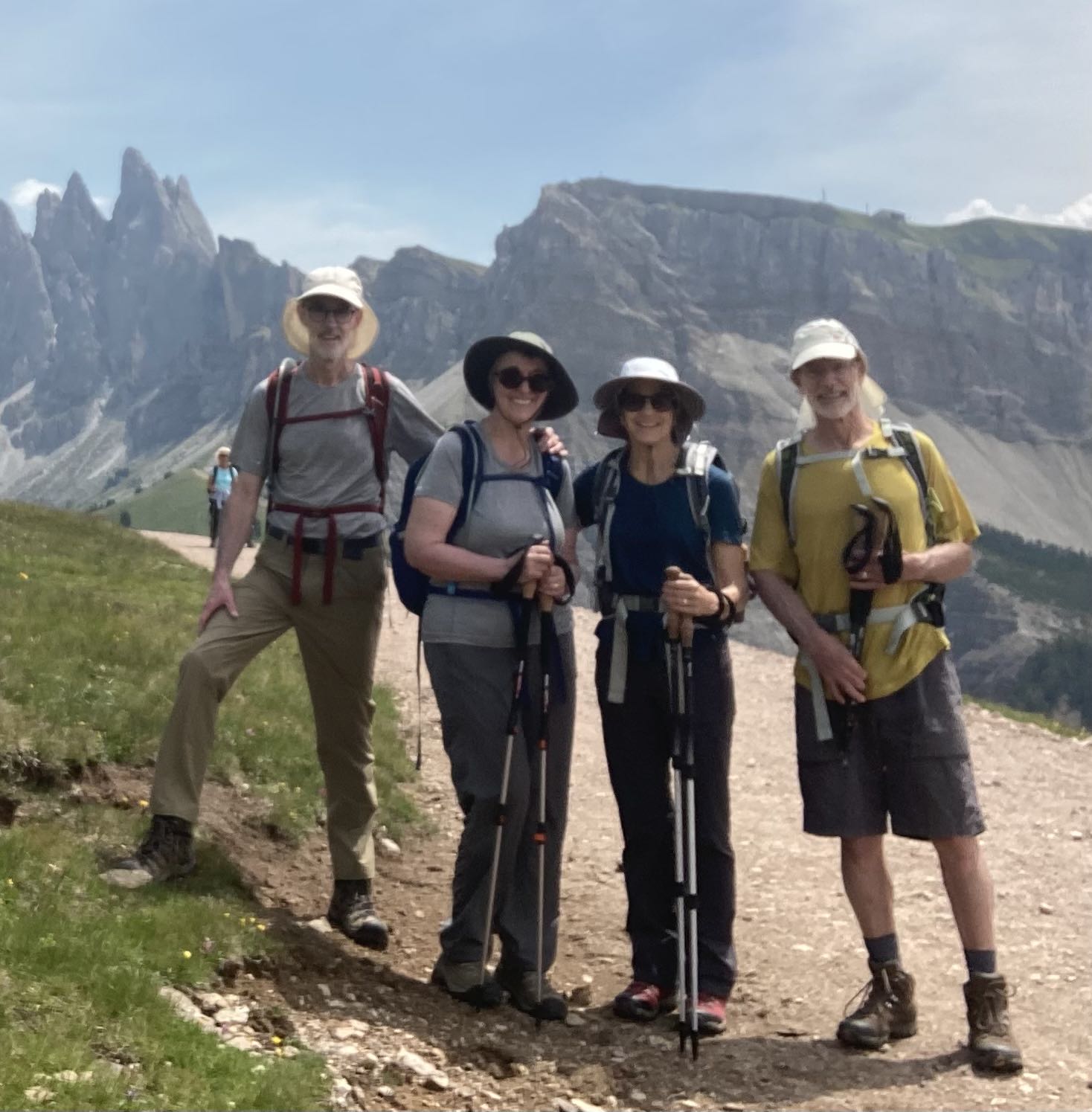 When is a good time to call Global Rescue? Anytime, as David Lane discovered during a five-day hike in the Dolomite Mountains in Italy. Here is his travel story and how our emergency medical assistance saved the day.

The trip to Italy was a long-awaited family vacation.

“We planned a five-day hike among the Dolomite Mountains back in 2019 with DolomiteMountains. After a two-year COVID delay, me, my wife Karen, my brother Robert and sister-in-law Janet left for the Great Ladin Valley Traverse in June 2022,” said David Lane, a retired librarian from Minnesota.

Lane, who stays in shape with stretching and exercise, had previous hiking experience, including a six-day walk along the West Highland Way in Scotland. But when his back seized up on the fifth day of his Dolomite adventure, he called his travel insurance company.

“They were unhelpful and clearly more interested in having the literally five forms they sent filled out,” he said.

From Alpine Walking to Rocky Ascents

“We had an initial day hike to acclimate, which was wonderful, about a six-hour excursion,” Lane said. “The following day, we were taken to the base of Sassolungo and sent up the top pass via cable car to start a three-day overnight hike among an array of mountains in that range, about a 36-mile journey.”

After a stay at the first Refugio (a mountain hut typically found on trails), the second day included more wooded and alpine walking — and added steep rocky descents and ascents.

“There was a climb, maybe 100 yards, up along an almost vertical rocky face requiring a cable to hold onto. I made it up but was deeply frightened by the experience,” Lane said. “It was very stressful and really shook my confidence.” 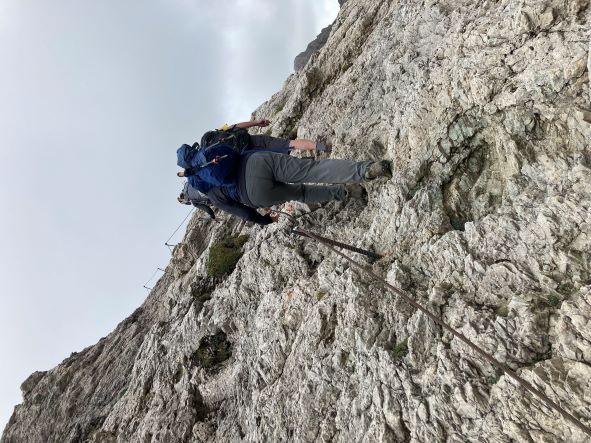 On the third day, the group hiked from the second Refugio at a high point of 9,500 feet (2,895 meters) and hiked down that afternoon. A shuttle transported everyone to Canazei for a stay at Hotel El Ciasel.

“Overnight my back seized up — this had never happened before — and by morning I was barely able to walk,” Lane said. “There was a day hike but my wife Karen and I stayed back as my brother and his wife went on. We attempted to shuffle through town in hopes of my back loosening up but I was virtually immobilized by pain.”

No Assistance from Travel Insurance

Instead, the Lanes planned to travel to Corvara, their final destination, with the luggage transport. They called their travel insurance company for travel medical assistance and received no help. Then they called Global Rescue.

“I almost did not call, as I assumed Global Rescue was for more serious emergencies like broken limbs and helicopter rescues in the Amazon. But I was at a loss and so called,” Lane said. “The response was immediate. The person I spoke with interviewed me to understand what my situation was, where exactly we were, where we were going to be, medical history and contact details.”

Field rescue and medical evacuations are a large part of Global Rescue’s travel protection memberships. But medical advisory — when you just have a medical question — and travel assistance services — for any other safety or travel questions — are always available to Global Rescue members.

“She was incredibly supportive and called back about 30 minutes later, having located a trauma clinic 10 minutes from our hotel in Corvara. She contacted the clinic to confirm their hours and location, even giving them notice that I might be coming. She took charge of the situation with clear expertise.”

Lane was treated for acute lower back pain with an injection of a pain and muscle relaxant. “The treatment was successful and I was able to walk without pain by dinner time that evening,” Lane said.

Lane visited the clinic the next morning for a second recommended injection as well as to get instructions and medications for the upcoming journey home, which included a long car ride and an international flight.

Now he is back home, will Lane schedule another trip to the Dolomites?

“It is unlikely I will go on a similar venture in the future, as this was clearly outside my comfort zone,” Lane said. “We are more multi-day town-to-town walkers. Scotland was perfect.” 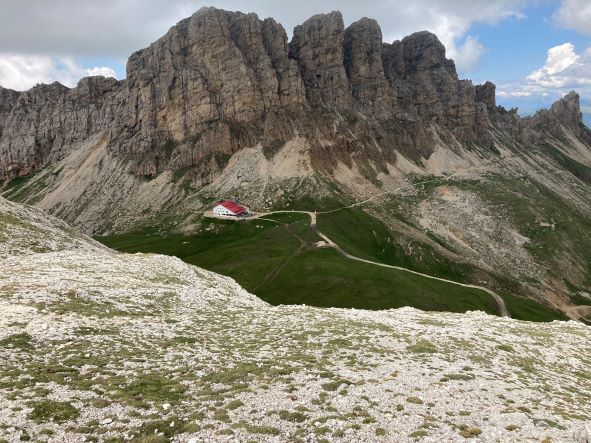 Lane may not hike in the Dolomites again, but he will renew his Global Rescue membership for future travels.

“Especially after the frustration with the travel insurance company, I had fairly low expectations thinking my situation would not qualify as a rescue,” Lane said. “The immediate, professional and action-oriented response at the first call was a huge relief. It was clear my case was being treated as a priority, above any bureaucratic concerns, and we were able to hand over the problem solving to Global Rescue.”

Lane notes Global Rescue followed up after the initial call, and encouraged Lane to call for any reason.

“I cannot express the relief — I was in some of the worst pain I had ever been in, and navigating a solution was not something I felt competent to do on my own,” Lane said. “I just was skeptical my injury qualified as the kind of rescue you all provide. I was wrong, thankfully. Rescue is precisely what I received.”

“For anyone in our age range (mid-60s), stuff can happen even off of a mountain, like a sprained ankle or other medical need,” Lane said. “I will be forever appreciative of Global Rescue’s assistance.”