Escape from China: Repatriation During a Pandemic 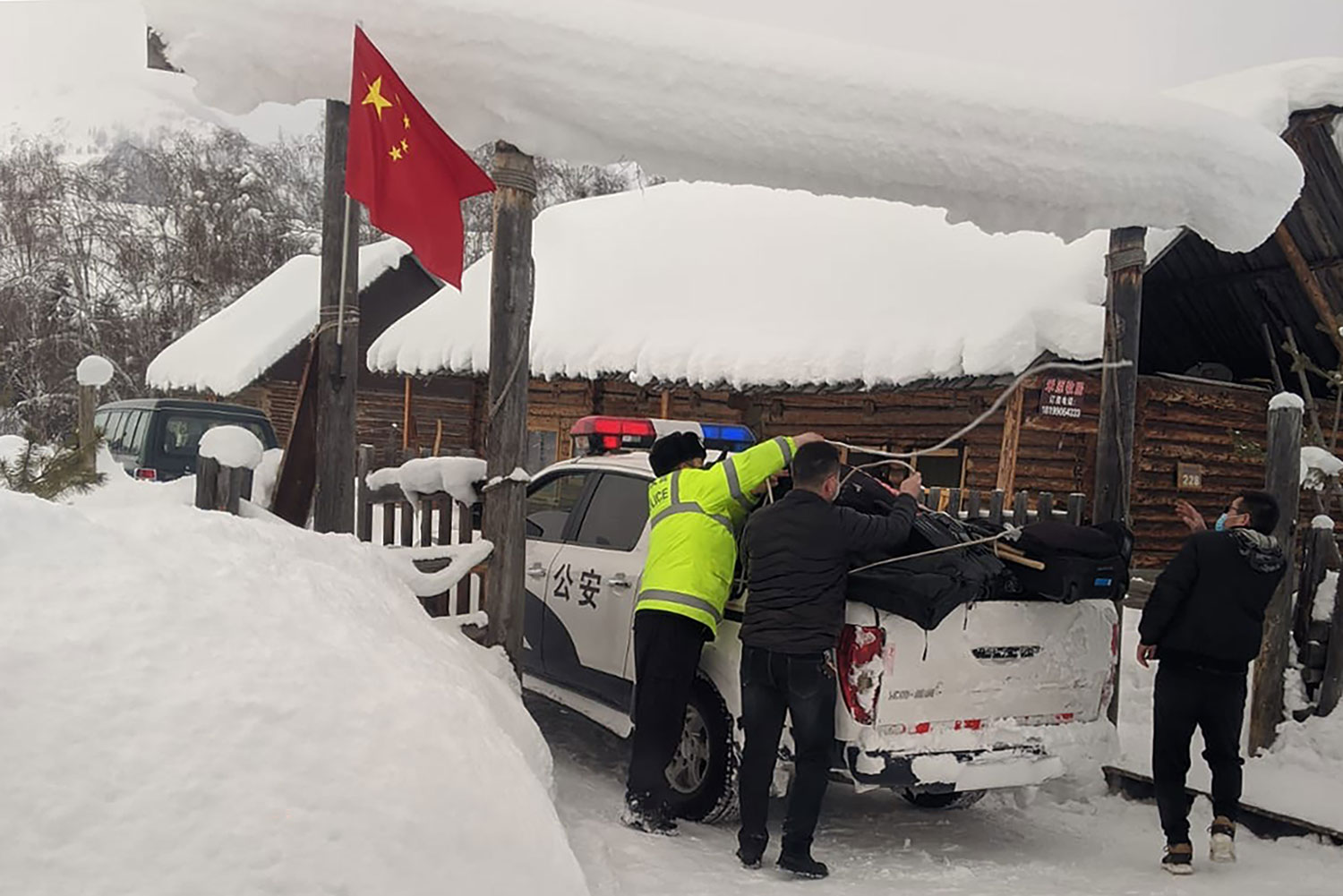 When coronavirus started, travelers and expats found themselves trapped in an escalating series of government directives and medical orders to contain the spread of the virus. Soon, government authorities, public health officials and travel administrators restricted nearly all flights. This complicated repatriation efforts but none of those challenges prevented Global Rescue from helping our members.

A Gold Medalist’s Hard Bail During A Pandemic

Skiing and snowboarding are passions for many, including 2014 women’s half-pipe gold medalist, Kaitlyn Farrington. After learning the origins of skiing may have been in a little-known area in the northwest region of China, Farrington, who was already in Japan, was compelled to make the trip.

It was January 10th and at that time there was no evidence the virus was readily spread by humans. The word “coronavirus” wasn’t anywhere on the front page of the New York Times. For most of the world, it just wasn’t a thing…yet. But it was one day before the first fatality from the virus would be reported by Chinese officials. Neither Farrington or anyone else could have known, so she made the excursion.

Ten days later, travel restrictions elevated fast. Officials in Japan, Korea and the U.S. confirmed the first cases of COVID-19 outside of China. Farrington, who was more than 2,000 miles away from the Wuhan area, sensed trouble and sent her Japan-based trusted friend, Dave Burg of SASS Global Travel, a bracing message: “We need to work on a hard bail plan.”

Burg agreed, gathering everyone’s names and nationalities. He started to work on an exit plan. That’s when Farrington sent Burg another message, this one more urgent.

“We’re getting kicked out of the village tomorrow because they’re closing the whole village down.”

Farrington was concerned she and her group would get stuck and possibly quarantined in China.

“It was a huge concern! We honestly didn’t know the extent of the coronavirus spread until we were told we had to leave the village in the next two days or we were going to be held for the mandatory 20 days quarantine,” Farrington said.

The pressure to get out was building and the window to do so was closing.

To top it off, Farrington and her group’s exit from the village was held up by a massive snow storm that severely prevented any ground transportation thanks to avalanches that buried the road in up to 20 feet of snow. There were no taxis, no buses, no way through.

Help came from an unlikely source.

“The police ended up taking them out of the village themselves in their four-wheel drive police cars and having the snow plows run ahead of them. They literally plowed their way out of the village,” Burg said.

Farrington said Chinese Police Captain Wang Hai Feng was persuaded to drive us out of the village because we had no other options.

“Since our drivers could not pass the check points because they were coming from a city, he was our only option for getting out of Hemu. He was either going to take us or we were stuck there for a mandatory 20 days,” Farrington said.

The drive is ordinarily a few hours, but plowing the snow blocked road slowed the trip and took twice the time. By then they had missed all the flight options out of the country. The only opportunity left was a flight to Chengdu, a major city more than 700 miles from Wuhan, China.

“From Chengdu they caught the last United Airlines flight out of the city,” he said.

Burg credits the collaborative wits and support supplied by his team, Farrington and Global Rescue’s security operations experts for the positive outcome. Global Rescue was collecting information and providing security advisory along the way.

“Being able to get minute-to-minute updates from Global Rescue on what airports were closed and what flights were flying was particularly valuable because I had another person, an expert in this sort of thing, to consult with,” he said.

But Burg is quick to add that one resource surprised him.

“It was the humanitarian nature of the Chinese police captain, Wang Hai Feng, who was with the group and helped tremendously. It wasn’t a top-down government intervention. It was a local police officer who just wanted to help people and get them where they needed to go,” he said.

Burg concurs it was a bizarre and risky time. Despite no one being sick or injured, Global Rescue gave him what he needed.

“The Global Rescue advisory services gave us the confidence to make the plans that we did,” Burg said.

After everyone returned home safely, he concluded that having somebody who knows where you are – and cares – is invaluable.

“If you feel like you’re alone and trapped, having somebody – like Global Rescue – who knows where you are, brings huge peace of mind.”

Farrington agreed. “Global Rescue gave us hope that no matter what, we were going to get out of China. They also provided us with information about the virus that we were not getting anywhere else.”

When the Wuhan province of China was cut off, Global Rescue assisted a family stuck there and helped them return to the U.S. The parents were working and living in China along with their pre-school aged children.

People in Wuhan were banned from leaving the city, ground transportation was shut down and the Chinese government had suspended the sale of international flights.

“The family had seats set aside on one of the earlier U.S. government planes leaving China. But the family was not permitted to depart…at first,” said Matt Napiltonia, senior manager of operations at Global Rescue.

At that point, the parents asked Global Rescue whether they should try to drive out of Wuhan to an adjacent province, find an airport, and get out of the country. Global Rescue’s security experts advised that such a plan would risk the family getting stopped and turned around at a distant checkpoint and then being unable to refuel their car since gas stations and many other businesses were closed.

“They could easily have ended up being stranded. If you’re in a safe spot then don’t leave it. They decided to stay put,” Napiltonia said.

During the next several days Global Rescue coordinated daily, sometimes hourly, with the family, the U.S. embassy and the employer to facilitate an evacuation.

“From that point a line of communication had been established. As information was gathered, communication between Global Rescue’s security team, U.S. government officials and leadership at the company where one of the parents worked became more routine,” Napiltonia said.

“Things broke in the family’s favor. They were added to the manifest for an upcoming flight out of the country and all the checkpoints along the route to the airport had their names on it, with clearance to leave,” Napiltonia said.

The family was able to board a U.S. government jet destined for Texas, where they entered a two-week quarantine before heading to their permanent home stateside.

How Global Rescue Helps Its Members

Depending on where you are quarantined will define what can be done to help. Global Rescue will provide evacuation services for traveling members, provided we are legally able to do so and we can safely get to you.

Quarantines are complicated. Some are regional, covering small and large expanses, including entire countries. Some are floating, like cruise ships or cargo ships. Military bases are often places were quarantines can be established, too.

If you are forced to shelter in place, we can help you re-supply your prescription medicine, manage questions if symptoms present, assist your traveling companion or family member and identify where to get help.