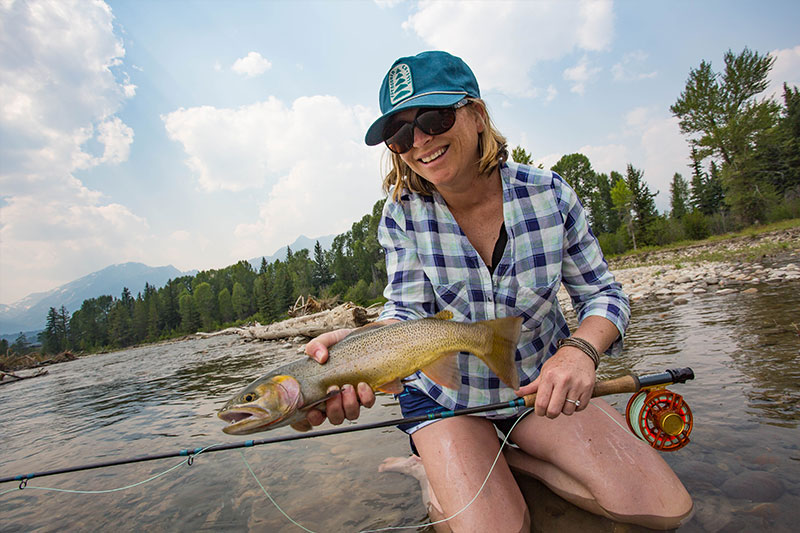 Fishing is one of the most popular outdoor recreational activities in the United States. In 2019, pre-pandemic, more than 50 million Americans took to the water for freshwater, saltwater and fly fishing activities.

Only 30% of fly fishers were female.

“Fly fishing is a game of stalking, accuracy and precision. Women are just as competent as men in the sport, yet it is still male-dominated in most parts of the world,” said Julia Zema, campaign manager of digital marketing at The Orvis Company.

“It’s time for women to enjoy the friendships, personal growth and camaraderie that goes along with the sport of fly fishing,” said Stephanie Albano, founder and owner of Finatical Flyfishing, Idaho-based fly fishing travel business by women for women. “My company offers the chance to fly fish with women in leadership positions in the fly fishing industry today. Many of their stories are very inspirational.”

Albano mentions Patty Reilly, the first commercial operator to get a permit and guide in Argentina.

“Patty Reilly has guided all over the western United States — from Jackson Hole and Yellowstone to Alaska and many rivers in between,” Albano said. “She is one of the most fun, down-to-earth people you’ll get the chance to fish with and she is co-hosting a 2022 trip to Ascension Bay, Mexico with Finatical Flyfishing.”

Another female guide, Karlie Roland, was featured in Angler’s Journal as one of the premier guides Nick Price had fished with around the world.

“Karlie Roland grew up in Utah fishing with her family, who took many trips to the Henry’s Fork. She worked in a fly shop in Bozeman, ran a women’s fly fishing program in Seattle, and returned to guide on the Henry’s Fork for Trouthunter,” said Albano. “Karlie will be one of the guides during Finatical Flyfishing’s women’s trip on the Henry’s Fork in August.”

Diversity on the Water

In 2017, The Orvis Company launched 50/50 on the Water, an initiative to introduce more women to fly fishing and promote those women already making a mark in the fly fishing world. The initiative grew to “60,000 users of #5050onthewater and an online community that’s taken on a life of its own,” Zema said.

The campaign is under construction to stretch beyond binary genders and continue to encourage diversity on the water.

“Originally, the goal was to get more women on the water as only a fifth of anglers identify as women. Now we are re-branding in a way that is more inclusive,” said Zema.

Gender, age and skin color aside, fly fishing “builds community through a shared sport in the outdoors. We teach each other new skills, travel in the backcountry together, and bond on the water,” said Zema. “Fishing provides time and space to build a relationship with nature. Plus, it’s outrageously fun!”

“We aspire to educate and inspire women in a supportive, fun and noncompetitive environment,” Zema said. “Whether you choose our one-day or two-day school, you’ll leave with the knowledge and know-how to cast like a seasoned angler. Our instructors help you with everything from setting up the rod to fly selection to how to safely release your catch.” 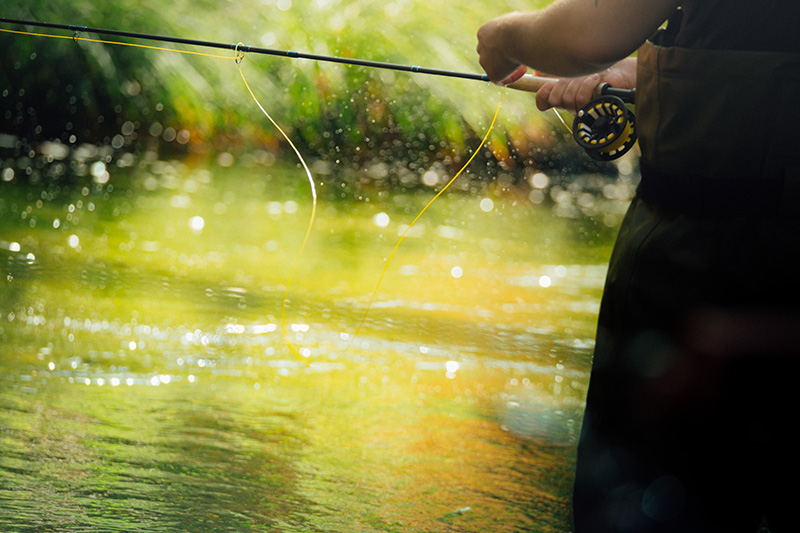 Not only are you bonding with nature, but you’re learning about it as well.

“Rarely do I guide a trip that doesn’t incorporate sharing and teaching opportunities for not only fishing, but for plants, geology and even local gossip,” she said. “It’s hard not to learn something on the river every time you go out.”

Fishing isn’t as high risk as some sports.

“We do not see many fishing injuries,” said Jeffrey Weinstein, medical operations supervisor at Global Rescue. “I would say the most frequent are hook related, or falls.”

Weinstein, with training and experience in austere medicine and wilderness rescue, likes to be prepared for all possible situations. He offers a list of essential items to include in a fishing first aid kit.

“People may be on prolonged fishing expeditions, possibly at sea or in remote areas,” he said. “Minor injuries can become big issues if left uncared for while trying to get out of a remote area.”

As Global Rescue Safe Travel partners, Finatical Flyfishing and Orvis provide an extra level of protection to their guides and clients with a travel protection membership. Whether you’re fishing close to home or abroad in a remote location, a Global Rescue membership expects the unexpected so you don’t have to.

“I encourage women to try fly fishing in a safe environment. A women’s environment can take some of the pressure off and give many women a chance to meet other women who enjoy the sport,” Albano said. “Guides like Roland, Reilly and Meissner and companies like Global Rescue inspire women to get out there and live life to the fullest.”