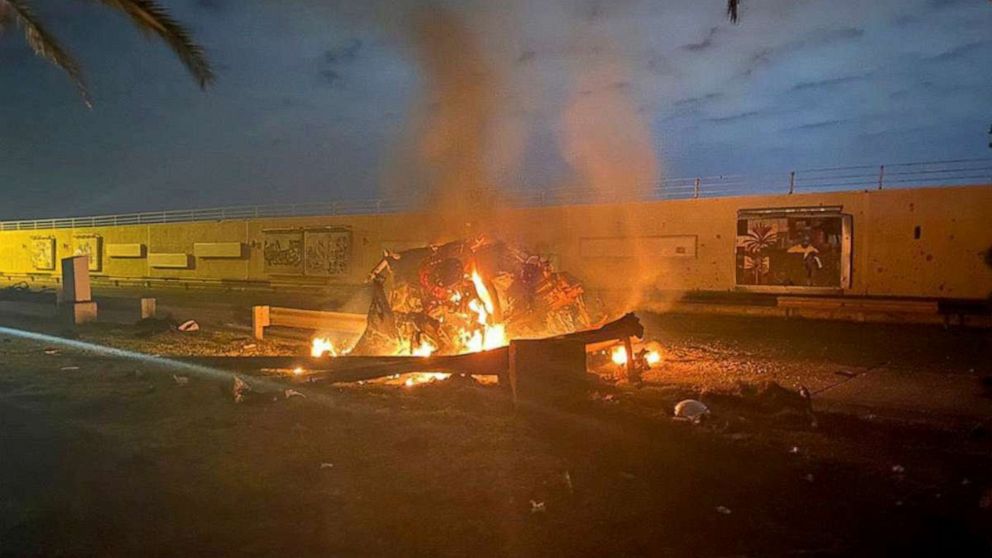 The strike follows a rocket attack that killed a U.S. contractor on 27 December, a retaliatory U.S. airstrike that killed 25 PMF militants on 29 December and the storming of the U.S. Embassy in Baghdad by PMF-affiliated protesters on 31 December. U.S. Secretary of State Mike Pompeo said that Soleimani was planning an “imminent attack.” The Pentagon stated the attack was a “defensive action” to deter future attacks from Iran.

The most severe counter-response options are also the least likely. While Iran could directly attack U.S. forces in the Middle East, it would invite U.S. strikes on Iranian territory. Iran is more likely to pursue non-conventional responses that allow retaliation without risking an attack on its homeland.

Iran may pursue a campaign of increased harassment against U.S. forces and interests in the region, rather than a single act of retaliation.

Iran could conduct cyber-attacks against infrastructure, commerce or other interests in the U.S. Iran may target international shipping in the Gulf, or otherwise harass U.S. ships in regional waterways.

Iran could also accelerate efforts to develop its nuclear program. Iran or its proxies could target U.S. generals or ambassadors in a tit-for-tat retaliation for Soleimani’s death.

PMF rocket attacks on bases hosting U.S. troops in Iraq are likely. Additionally, protesters could storm and attempt to close the U.S. Embassy in Baghdad. Houthi rebels could launch attacks on critical infrastructure in Saudi Arabia. Hezbollah could target U.S. interests in Lebanon.

The U.S. Department of State has included Iran on its list of State Sponsors of Terrorism since 1984. The IRGC Quds Force has been implicated in a number of terrorist incidents worldwide to include the Middle East, Africa and Latin America.

Iran could sponsor new terrorist attacks against the U.S. and its allies virtually anywhere in the world, using its own operatives or going through proxy groups.

Westerners—particularly U.S. nationals—traveling or working in the Persian Gulf region are at risk of retaliatory attacks including potential kidnapping, arbitrary arrests and violent crime. Threats are especially acute for expatriates working for Western transnational companies that have operations in the Middle East, namely Iraq, Iran, Saudi Arabia, Oman, Kuwait, Bahrain, the United Arab Emirates and Qatar.

Violent demonstrations against American policies are possible worldwide. Vigilante violence directed at Westerners by individuals or groups sympathetic to Iran is possible, particularly in the vicinity of demonstrations. Isolated instances of harassment, assault, and other physical violence may occur in more populated areas.

Continue to monitor local media and check back for up-to-date information.

Our operations team is standing by 24/7/365 to provide travel assistance and advisory services to members. Contact Global Rescue at +1 617.459.4200 or email us at memberservices@globalrescue.com.