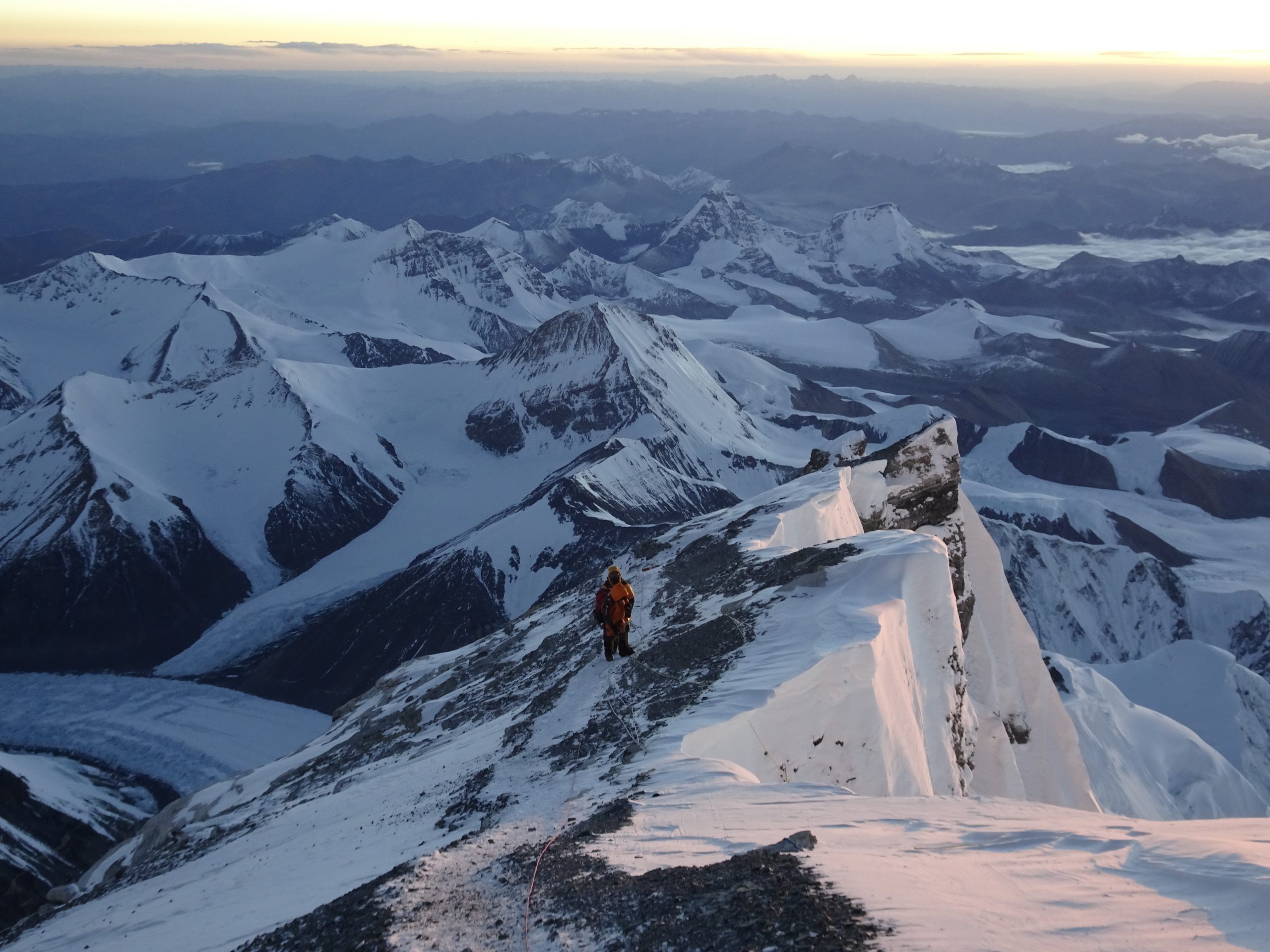 Ricky Munday watched Global Rescue in action when his climbing teammate needed a rescue from the north side of Everest. Now this Global Rescue member and founder of Inspire Alpine is a Global Rescue Safe Travel partner.

Ricky Munday set off on his first Mount Everest climb from China in 2017.

“I turned back at Camp 2 on the north side of Mount Everest due to low energy levels, concerns about oxygen levels and a suboptimal weather forecast,” said Munday, a United Kingdom resident and Global Rescue member. “An unfavorable weather forecast meant I would spend two nights at 7,900 meters (25,918 feet) instead of one.”

It was a wise choice for Munday to return to Base Camp (5,200 meters/17,060 feet). That morning, a windstorm hit the upper mountain and Munday’s teammates were caught in the storm.

“We saw tents being blown off the mountain by the storm at Camp 2,” he said.

During the emergency descent, one of Munday’s teammates, Mike, became separated at the back of the group and ran out of oxygen at 7,500 meters/24,606 feet.

“In the process of adjusting his head torch, it slipped off along with his hat and his goggles. The wind damaged his eyes and he became wind-blind. He collapsed onto his stomach and began dragging himself headfirst down the fixed ropes. His mitts were now touching the snow, his hands and fingers froze and he suffered severe frostbite,” Munday said.

“At midnight, he was rescued by two climbers who tied a rope around his legs and dragged him down to the North Col. Over the next two days, he was supported by two Sherpas from the North Col to Advanced Base Camp, then on an agonizing 22 kilometer walk down to base camp.”

That evening, Munday checked his satellite phone and found a text message from the expedition leader: “Serious rescue of Mike last night frostbite, snow blindness…you have been promoted to chief assistant leader, hope you don’t mind.”

Mike arrived at base camp supported by two Sherpas.

“It took them 13 hours to walk the 22 kilometer distance,” Munday said. “His fingers were badly frostbitten, he had ongoing problems with his vision and had developed a persistent cough.”

The Chinese authorities do not permit helicopter operations so an evacuation directly from base camp was not possible. Munday liaised with the China Tibet Mountaineering Association liaison officer to request vehicle support to drive to Lhasa, where they would stay overnight before flying into Kathmandu.

“Global Rescue arranged for an ambulance to pick us up at Kathmandu Airport with a Global Rescue staff member in person. They took us directly to the hospital in Kathmandu, where Mike received his first professional assessment and treatment,” Munday said. “He had suffered nine pulmonary embolisms and had half of one finger amputated six months after the expedition.”

Being a Global Rescue member was a huge comfort.

“If Mike had not been a Global Rescue member, we would not have received such timely advice on how to initially treat his injuries and we would have been far more anxious and stressed about what would happen when we arrive in Kathmandu, for example, which medical facility to take him to,” Munday said. “Knowing you had professional staff on hand to take responsibility for Mike’s care took a huge weight off our minds. We knew he would be in the best hands and receive the care he needed.”

Munday, with his Global Rescue membership renewed, returned to Mount Everest in 2018 for a successful second summit attempt from the north side. That was also the year Munday, a full member of the Mountain Training Association and the British Mountaineering Council, founded Inspire Alpine® as a social enterprise to help close the attainment gap faced by disadvantaged young people.

“At Inspire Alpine, we dream of a world where all young people have the opportunity to succeed. Yet, there is a persistent gap in progress through school between young people from our richest and poorest areas,” Munday said. “This attainment gap has a profound impact on young people’s future career options and income levels. We believe your economic background should never define your future.”

“We partnered with Global Rescue last year after running our first two international expeditions to Kilimanjaro and Everest Base Camp,” Munday said. “We wanted reassurance that our clients would receive a world-class rescue service and professional medical care in case of an emergency. I had seen first-hand how professional and efficient Global Rescue is with remote advice and on-ground support. In the worst-case scenario, you want partners you can truly rely upon.”