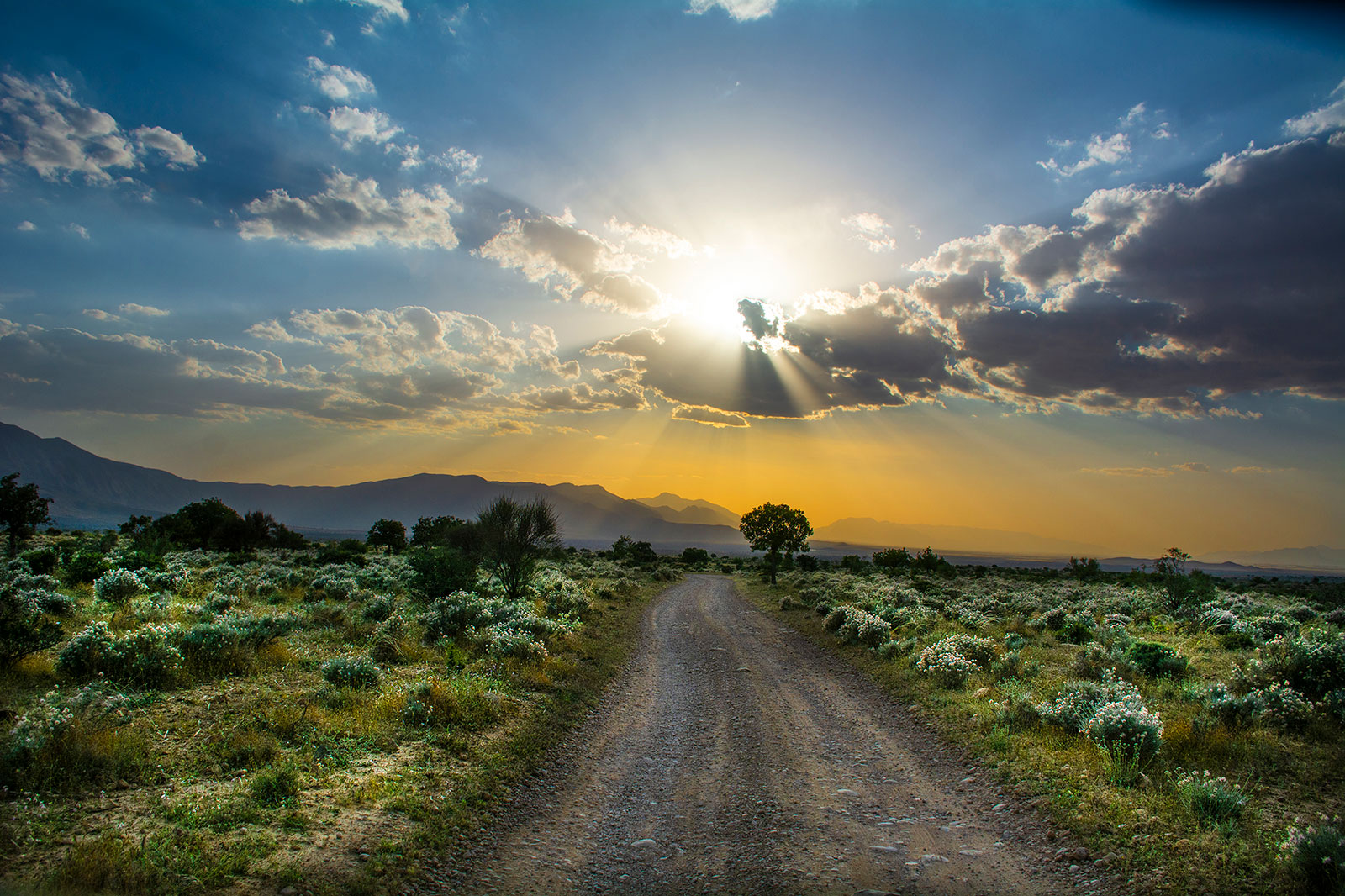 Before the war between Russia and Ukraine, the pandemic recovery signals were loud and clear. Three-quarters of the U.S. population had received at least one vaccination shot, and 64% were fully vaccinated. COVID-19 cases had fallen in every state. Deaths and hospitalizations from the disease were decreasing and the omicron variant was not as serious as originally feared. Countries like the U.K. dropped all COVID-19 restrictions. New Zealand, Denmark, Norway, Sweden and others opened up their borders. Nearly every U.S. state had dropped its mask mandates.

As pandemic fears subsided, new concerns about travel returned after the Russian invasion of Ukraine. In the week since Russia invaded Ukraine, people searching for international travel dropped by 12 percentage points but regained more than half of that loss in the days following, according to Kayak, the online travel agency and metasearch engine. To mitigate travel safety fears, travelers are purchasing Global Rescue security service plans that provide emergency evacuation capabilities when they are in danger from insurgent attacks, terrorism, civil unrest and natural disasters. Traveler requests for non-medical security evacuation services jumped 31% since the Russian invasion of Ukraine.

Global Rescue continues to answer the needs of travelers at home and abroad without any disruption of service. In a typical 30-day period, Global Rescue executes hundreds of operations in dozens of countries and principalities. Below are highlights from some of our most recent operations in various locations.

The Bends in Belize 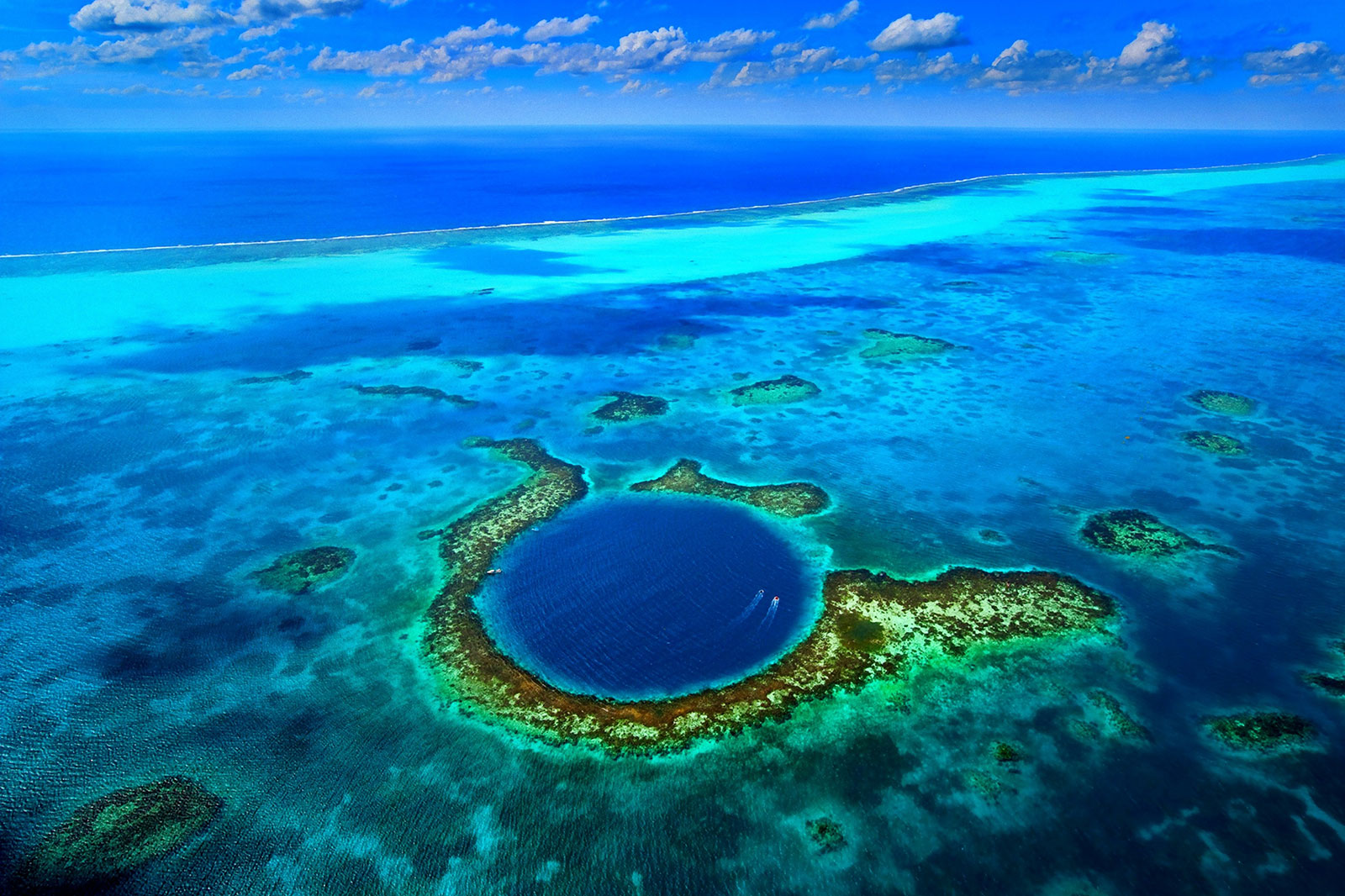 A 60-year-old member from Texas was scuba diving in Turneffe Island, Belize. The area is famous for dives exploring the Sayonara Wreck, the Elbow and the Great Blue Hole — which was made famous by legendary oceanographer and diver, Jacques Cousteau. Unfortunately, the member experienced a diving emergency that was later confirmed to be “skin bends” — a condition resulting from decompression sickness. The condition is formally called cutis marmorata and shows up as a rash that spreads irregularly and deepens in color to become mottled, cyanotic patches. The member’s husband contacted Global Rescue medical operations team. Following a consultation with the treating physician, the member was medically evacuated off-island by air to a medical facility, where she underwent decompression treatment and fully recovered before returning home.

While traveling to San Jose, Costa Rica a member suffered a cardiac emergency and needed an emergency pacemaker implanted. Following a few medical complications, the member recovered sufficiently and was moved to a step-down unit until discharge. Global Rescue physicians concurred with the treating physician’s recommendation for a medical escort. Global Rescue’s medical escort was deployed to the member’s bedside, assisting him in his return to home to Austin, Texas, where he was admitted to his home hospital of choice for further care and recovery. 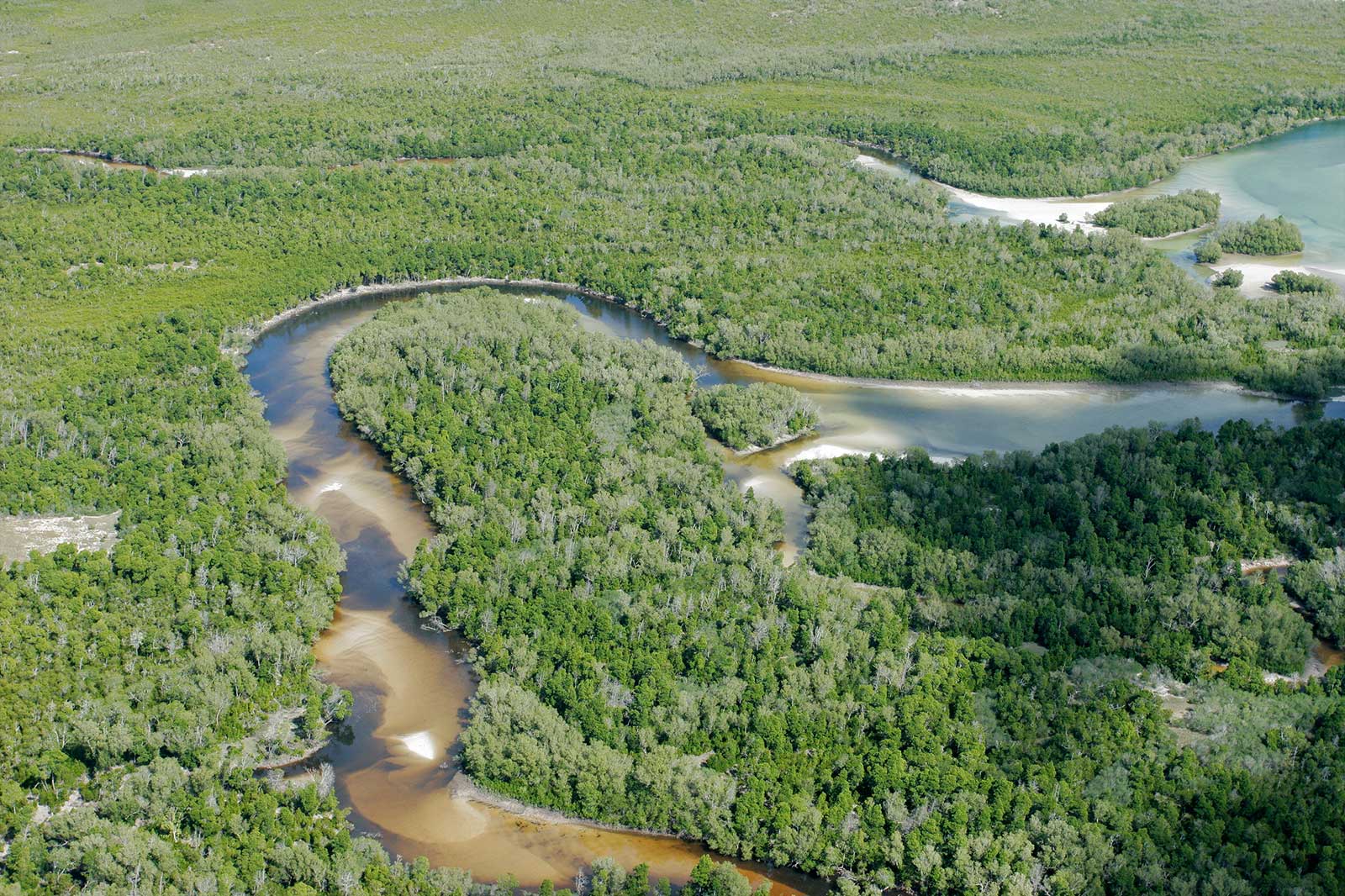 Following a diagnosis of renal failure and cerebral malaria, a Global Rescue member was medically evacuated by ground and air from Beira, Mozambique, to a hospital capable of handling his care in South Africa. The transports were successful and the member began receiving treatment for the condition.

An accidental slip and fall during a walk in Kenya led to an injured wrist for a Global Rescue member. A local clinic splinted the injured wrist, but the facility did not have X-ray capabilities. The closest medically appropriate facility was more than four hours away by ground transportation over rough roads.. Global Rescue assessed the situation and arranged for a charter flight for the member. The member was evaluated at a Nairobi hospital where X-rays confirmed a complete left distal radial fracture requiring surgery. Global Rescue’s medical team recommended an upgrade for the member’s return flight to her home hospital of choice in the U.S. to receive the necessary surgery. The member arrived safely and scheduled an appointment with an orthopedic surgeon.

Field Rescue From the Amazon Forest 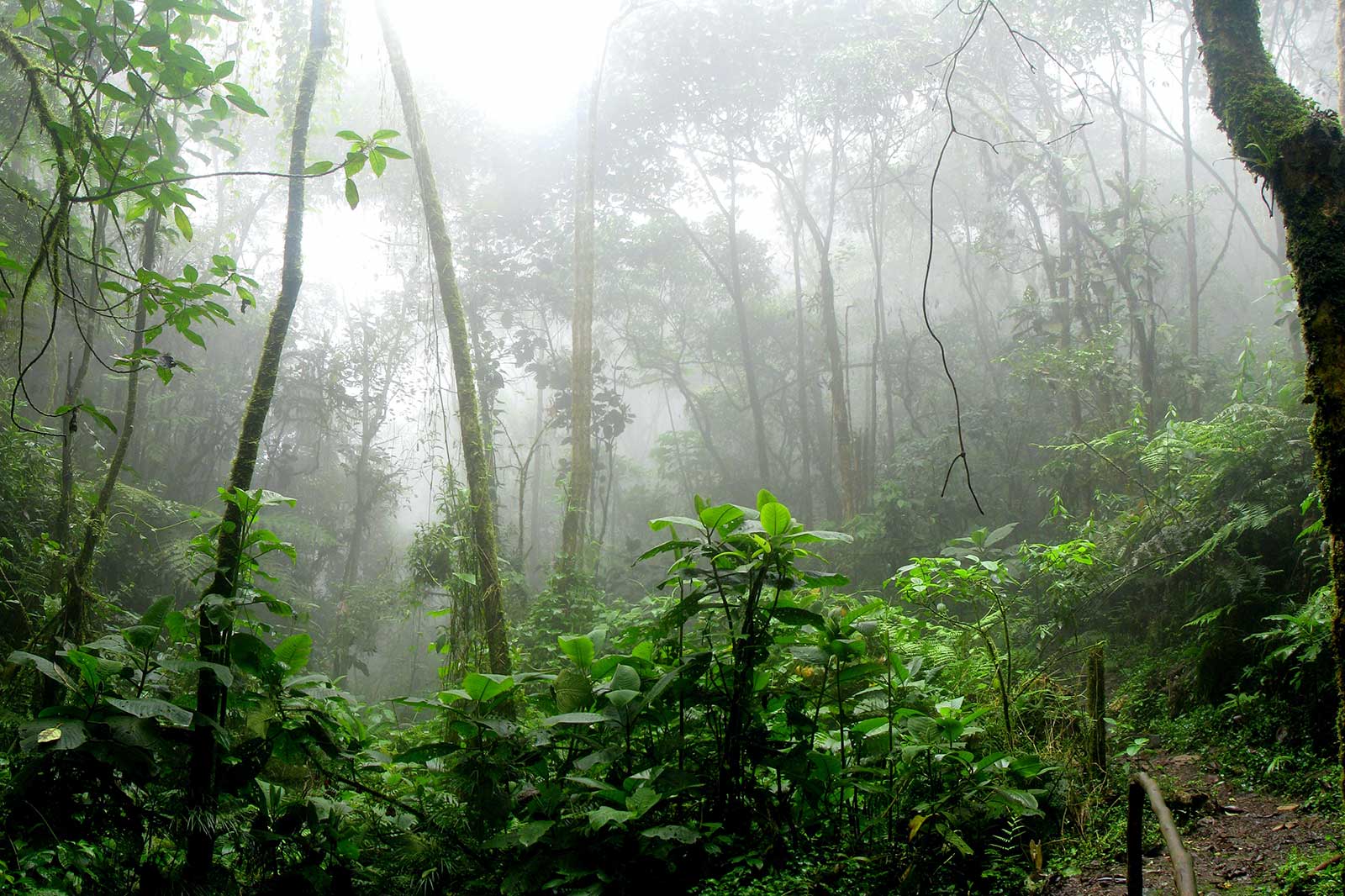 During a trip in the Amazon Forest, a member contacted Global Rescue after experiencing numbness, tingling, pain and loss of grip in the right hand. Despite taking over-the-counter pain relief medicine the member’s pain progressed and his symptoms increased. Global Rescue medical staff determined that an immediate field rescue flight from Rio Brancoto to Manaus, Brazil, was needed for evaluation of the member’s condition. The member was successfully evacuated and admitted to a local hospital for evaluation. A cervical spine CT (computed tomography) scan showed disc protrusion and compression on two vertebrae. The member was discharged with a medical recommendation to seek further care from a spine specialist. Global Rescue physicians concurred and arranged for business-class commercial air transport to the member’s home hospital of choice.

After successfully summiting the tallest mountain in South America, a Global Rescue member fell while descending from the peak. She sustained an injury to her right knee and was unable to walk. Aconcagua’s peak rises 22,837 feet/6,960 meters above sea level, making any descent a challenge. A helicopter field rescue was ordered and the member was successfully evacuated and brought to a hospital in Mendoza, Argentina, where she was evaluated. The member received a prescription for medication and was advised for a follow-up appointment in a week. 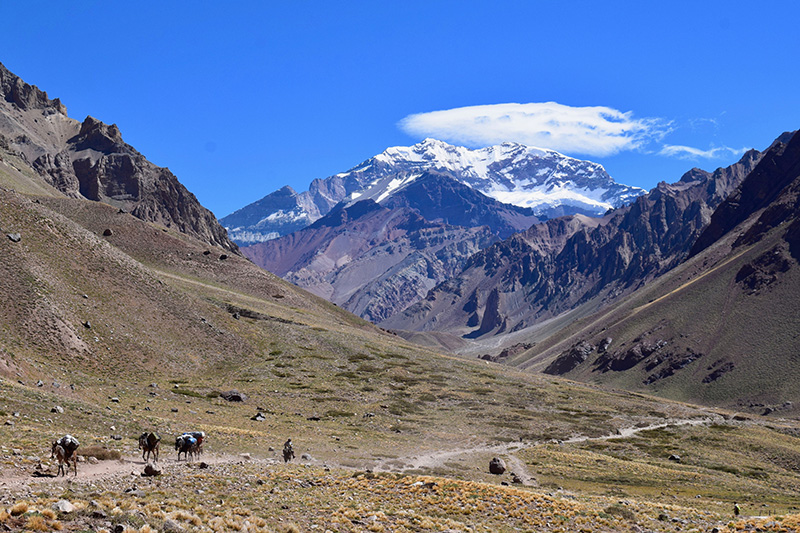 Climbing one of the highest mountains in the world is a challenge under any conditions. But when a member is weakened during a summit attempt due to bleeding hemorrhoids then the challenge of an ascent becomes medically dangerous. That’s what happened to a Global Rescue member from the Netherlands during a climbing expedition at Aconcagua, Argentina. Global Rescue immediately ordered an airborne field rescue by helicopter. The member was evacuated to a hospital in Mendoza, where the treating physician performed an exam and determined the member had a ruptured hemorrhoid. After the bleeding had lessened considerably, the member was discharged from the hospital and prescribed bed rest for a day. The member recovered fully and returned safely to her home.