A Mount Everest Evacuation for “The Cuban Mountaineer” 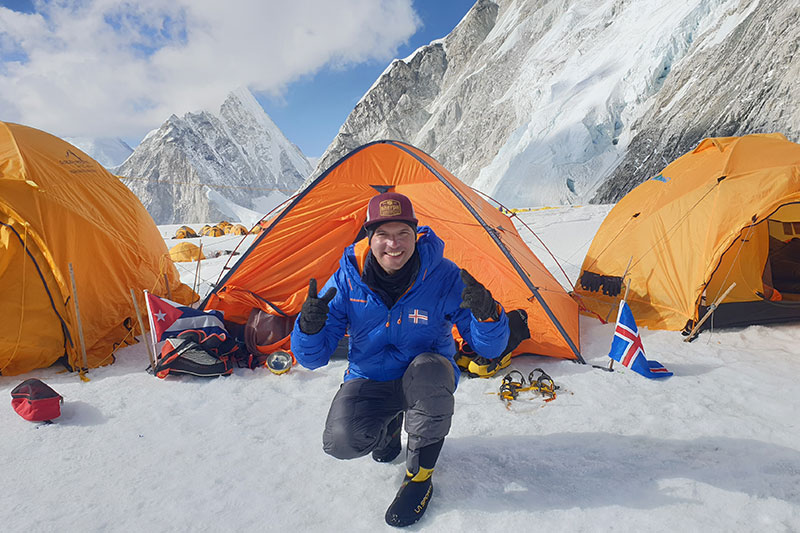 “I had never been this sick in my life. I felt like I was close to death, like my soul was leaving my body. I kept thinking of my wife and my 3-year-old son,” says 33-year-old Yandy Nuñez Martinez, reliving dark thoughts that swirled around his head as he struggled to breathe at Camp 2 on Mount Everest.

“I felt very alone. Then the Sherpa came to my tent and said ‘Global Rescue is here. It’s time to go.’ I wanted to cry with relief.”

Climbing on Behalf of Two Countries 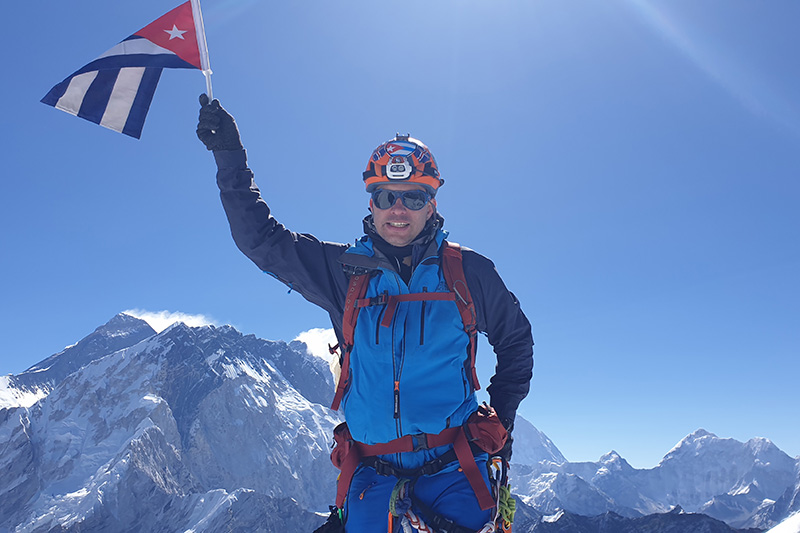 Nuñez Martinez had come to Mount Everest Base Camp during the 2021 climbing season with two goals. First, he intended to join the ranks of mountaineers who have successfully ascended the world’s tallest peak. Second, he wanted to make history as the first Cuban to summit the 29,032-foot/8,848- meter mountain. The media commonly refers to him as “The Cuban Mountaineer” as Cubans are a rarity in the sport.

When he climbs, he carries two flags; the Cuban flag for his native country and the Icelandic flag for the country where he now lives with his family and works as a tour guide, taking fellow adventurers to the island’s famous glaciers.

“I first fell in love with mountains and climbing in Iceland. I have this country to thank for that.”

Unfortunately, after reaching Camp 3 at 7,300 meters (nearly 24,000 feet), he was experiencing difficulty breathing, fever and general weakness and had to end his expedition. That’s when he called Global Rescue, triggering the start of his evacuation.

“The weather was very bad, so it took multiple tries over two days for the helicopter to arrive,” says Nuñez Martinez. “But when it did, I was very thankful.”

A More than Month-Long Recovery 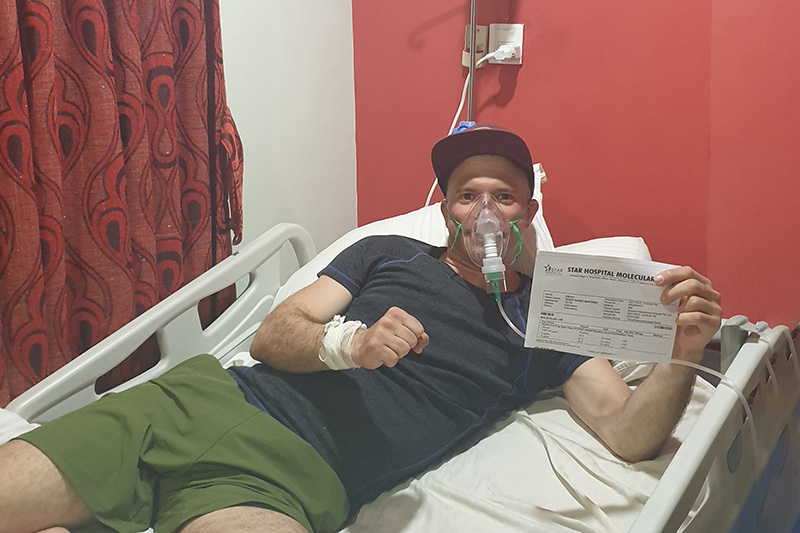 After being transported to a hospital in Kathmandu on May 21, Nuñez Martinez tested positive for COVID-19 as well as Right Lung Pneumonia. He was treated and released after a week but was readmitted soon after due to muscular pain in his lower limbs.

At this point, Nuñez Martinez was diagnosed with Deep Vein Thrombosis and Pulmonary Embolism (DVT/PE). DVT occurs when a blood clot forms in a deep vein, usually in the lower leg or thigh; PE occurs when that clot in the leg breaks off and travels through the bloodstream to the lungs, creating a blockage. He needed a higher level of care and was transported to nearby hospital (also in Kathmandu) with advanced capabilities to prevent damage to his lungs, to stop the clot from getting bigger, and preventing new clots from forming.

After more than two-and-half weeks in the hospital, Nuñez Martinez was diagnosed with Pleural Effusion (an accumulation of fluid around the lungs) at which point he was deemed clinically stable and the drainage could wait until he returned to his home hospital in Iceland. He was deemed fit to fly on July 12 and discharged. He departed Kathmandu on July 17 and arrived in Reykjavik one day later.

“I was in the hospital for close to 50 days,” he says, tearing up at the memory. “When I saw my son, I was very emotional. I had been four months without him.”

Global Rescue There Every Step of the Way 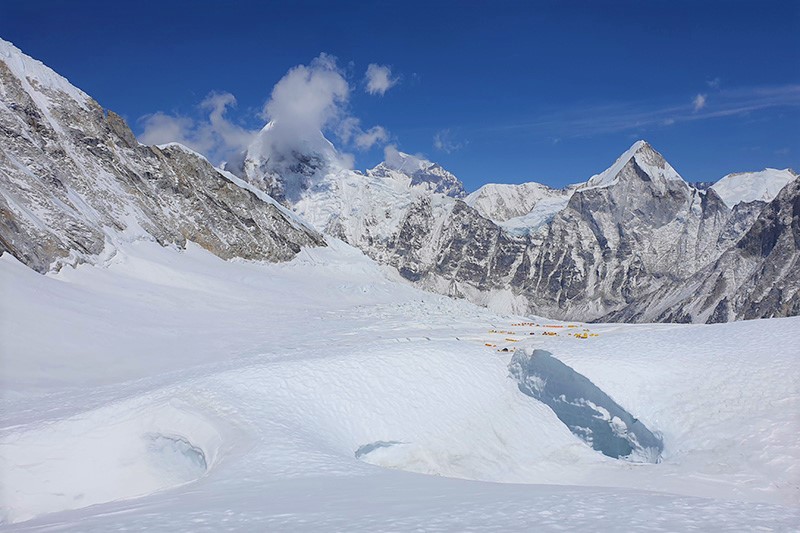 Nuñez Martinez is quick to point out that it was his first time using Global Rescue, and he doesn’t plan to summit any future mountains without his membership.

“The level of service was amazing to me,” he says. “Global Rescue was with me in all the moments. Every single day they called me, Monday through Sunday, week after week. They followed my health with me. They made sure every move was the right move.”