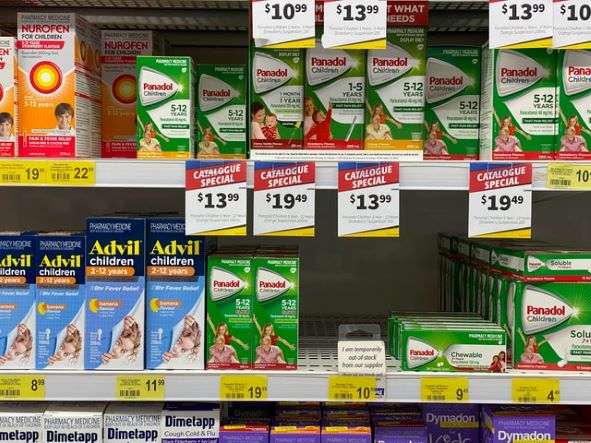 You packed your over-the-counter and prescription medications for your international travel. But are they legal in your destination? Global Rescue experts suggest checking the regulations before your trip.

As travelers head back to the airports, rail stations and cruise ships for international travel, many likely will forget to pack their over-the-counter and prescription medicines. Many more will forget to check the international rules and regulations for common medicines easily obtained in their home country — but possibly not allowed overseas.

Trip takers consistently list “forgetting to pack prescription and over-the-counter medicine” as one of the top 10 travel mistakes, according to the Global Rescue Traveler Sentiment and Safety Survey. In fact, the survey found 9% of travelers have forgotten to pack prescription medicines before a trip despite it being one of the last items we pack, and one of the most important.

In addition to packing the medications you use daily, you should be prepared to treat minor ailments long before they turn into an emergency.

“Travelers should be well-stocked to treat colds, pain, swelling, diarrhea, constipation, cuts and dehydration, to name a few ailments to carry remedies for,” said Jeff Weinstein, a medical operations supervisor at Global Rescue with 18 years of combined experience in emergency and disaster response, critical care paramedicine and emergency management.

Remembering to pack your medicine is important when you take a trip. Equally essential is checking to see whether your medicines, prescribed or over-the-counter, are regulated in the countries you plan to visit.

Many countries require medicines to be transported in original packaging. Prescription and over-the-counter medications without packaging run a greater risk of being confiscated. The U.S. Department of State suggests checking with the foreign embassy of the country you are visiting or transiting to make sure your medications are permitted.

For example, the active ingredient in Benadryl, diphenhydramine, is banned in Zambia in over-the-counter products. In Japan, it is allowed only if the amount in a tablet or injection is limited. However, a typical 25-milligram tablet of Tylenol PM in the U.S. exceeds the 10-milligram maximum amount in a tablet you can bring into Japan. Some countries restrict the overall total amount of an active ingredient an individual traveler can legally import, which may impact longer stays, according to The New York Times.

Over-the-counter medicine for traveler’s diarrhea is regulated, too. Pepto-Bismol is not sold in France due to a health scare in the 1970s. Imodium is only sold in France with a prescription.

If you think you might need these products on your vacation, bring some with you from the U.S. The documentation you carry should also indicate the generic and chemical names of the active ingredients. Product brand names do not determine permissibility, rather it’s the ingredients list.

Travelers should check their destination rules on over-the-counter medicine, such as cough syrups and some allergy medication because some require a prescription, are strictly regulated, or banned overseas.

Anxiety Medications: Prescription medicines for anxiety or pain — such as ConZip, Ultram, Diastat AcuDial, Diazepam Intensol, Diastat and Valium — contain Tramadol or Diazepam, which are commonly prescribed medicines in the U.S. but are strictly regulated in Greece and U.A.E. Anti-anxiety pills require a license in Singapore. Failing to comply with destination requirements for bringing these prescribed medicines into the country may result in arrest, a fine or imprisonment.

Sleep Aids and Pain Relievers: Over-the-counter sleep aids, over-the-counter pain relievers and strong painkillers all require a license in Singapore. In Indonesia, many prescription medicines such as codeine and sleeping pills are illegal. Nigeria and Saudi Arabia both prohibit Ambien, Intermezzo and other sleeping medications that contain zolpidem. In Singapore, you’ll need a license to legally bring Ambien into the country, according to Reader’s Digest.

Cough and Cold Medicines: In Qatar, over-the-counter allergy medicines such as cold and cough remedies are controlled substances and must be accompanied by a prescription. Prescription codeine for cough control is illegal in Indonesia.

Attention Deficit Medicines: If you rely on medications for attention deficit disorder, like Adderall and Ritalin – then you’ll have to leave Saudi Arabia and Japan off your list of destinations. Both countries have a zero-tolerance policy for methamphetamines and amphetamines — the active ingredients in many ADD/ADHD drugs — even if you have your prescription or a note from your doctor. In Indonesia, many prescription treatments for ADHD are illegal.

It’s a lot to remember. Fortunately, medical advisory services included with every Global Rescue travel protection membership can help. Our operations centers are staffed by experienced nurses, paramedics and military special operations veterans who will keep you safe and prepared by locating a local physician or identifying where you can refill your prescription.

“When you are ill and alone in a foreign country, finding yourself in need of medical care can be a daunting and stressful experience,” said Eliah English, a graduate student who became ill in Northern India. “Global Rescue alleviated all of my worries, and provided the best possible support that one could ever ask for.”