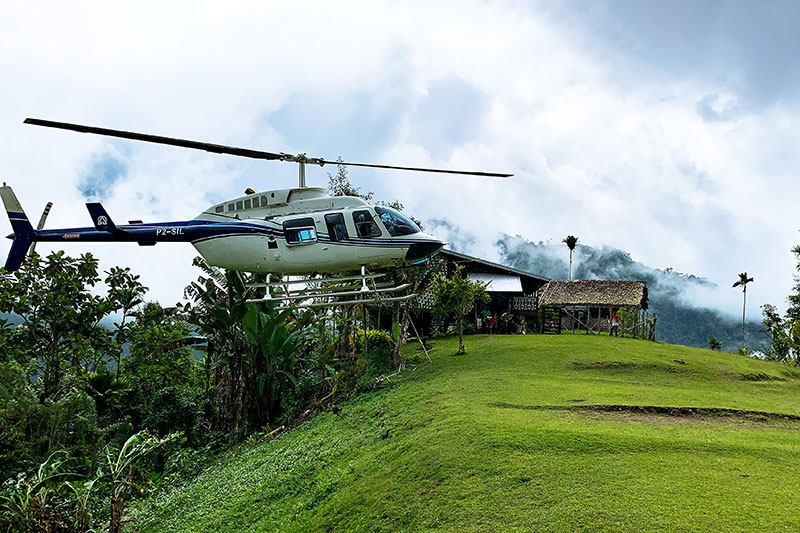 There are no main roads where the Cann family lives for 10 months a year. As teachers and translators for Finisterre Vision, a cooperative ministry effort, they live in a small village in the jungled Finisterre Range along Papua New Guinea’s northeastern coast. It’s remote — roughly a one-and-a-half-day hike, followed by a three- to four-hour dingy ride across the bay to reach the closest city, Madang.

“It’s not an easy place to get to. When we travel, we pretty much do so by helicopter,” says Zach Cann, whose family of four have been Global Rescue members since 2018.

When one son — 9-year-old Jude — required urgent medical care in May 2021 after a bicycle accident near his home, the family needed immediate emergency helicopter transport. 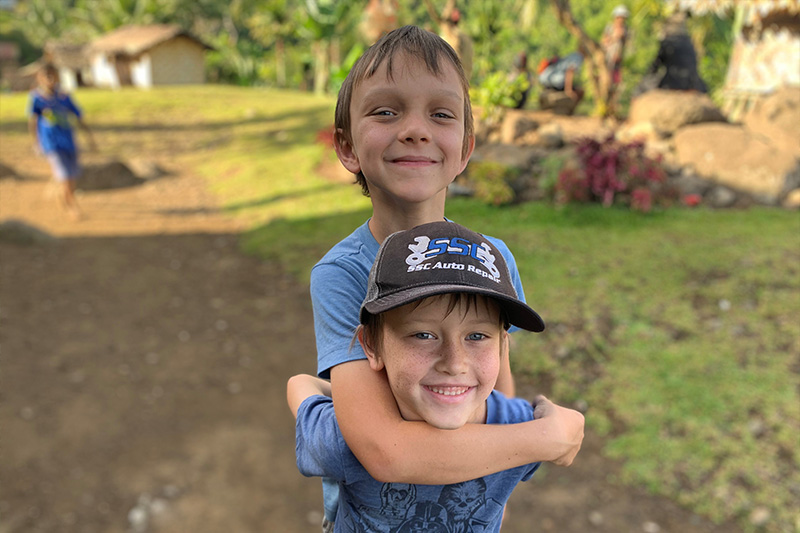 A Run-In with a Tree in the Jungle

“We’ve been doing missionary work in this village for seven years, so we have built a home here,” explains Cann. “It was just a normal day: I was working in my home office and the boys had gone outside to ride their bikes during a break from their homeschool lessons. The next thing I know, I’m rushing outside because I hear Jude crying. When I get to the door, I see my wife Cassidy coming up the steps with Jude and she’s holding his chin, which is absolutely gushing blood.”

Jude had hit a tree after losing control of his bike zipping down a nearby grassy hill. But the chin laceration didn’t come from his fall to the ground. It was from a sharp branch on the tree that had recently been cut down by the villagers.

“I’m just thankful it wasn’t a stand of bamboo,” says Cann, alluding to how bamboo’s tensile strength surpasses steel. “He could have been skewered.”

Medical Evacuation to Ukarumpa and Beyond

Within about three hours after making a Skype call to Global Rescue for field rescue, Jude — along with Cassidy and brother, Oliver — were transported via helicopter to a clinic in Ukarumpa in the eastern highlands. That’s about 170 miles as the crow flies from the village.

“That’s considered pretty fast here,” notes Cann. “Especially given that you have to get government permission to fly.” That’s because Global Rescue works closely with local partners who have the necessary logistical know-how and approvals in place to execute a rescue quickly.

After administering stitches and obtaining X-ray images of Jude’s injury, medical staff determined the young boy had a broken jaw requiring a specialist. Unfortunately, the national hospitals don’t offer the level of care that Jude required. Clinic officials suggested Jude be medically transported to an appropriate facility — which would ordinarily be Australia. But Australia’s pandemic-related travel ban prevented the transfer. Fortunately, the Cann family was able to return to the U.S. — their home country — for care.

Global Rescue’s medical team of experts agreed, triggering the operations team to sort out the transport logistics for the family that included chartering a plane to get them from Ukarumpa to Port Moresby and arranging commercial flights from there to Phoenix, Arizona, by way of Los Angeles and Sydney, Australia.

“Looking back, that was a part of the Global Rescue system I really valued,” says Cann. “They took care of the logistics and made the plan to get us home. All we had to do was follow.” Global Rescue also cut through government red tape related to the pandemic when the flight home required a stopover in Sydney. Global Rescue operations team worked with Australian Ministry of Health officials to exempt the Canns from the country’s two-week quarantine requirement, which speeded up the family’s return to the U.S. 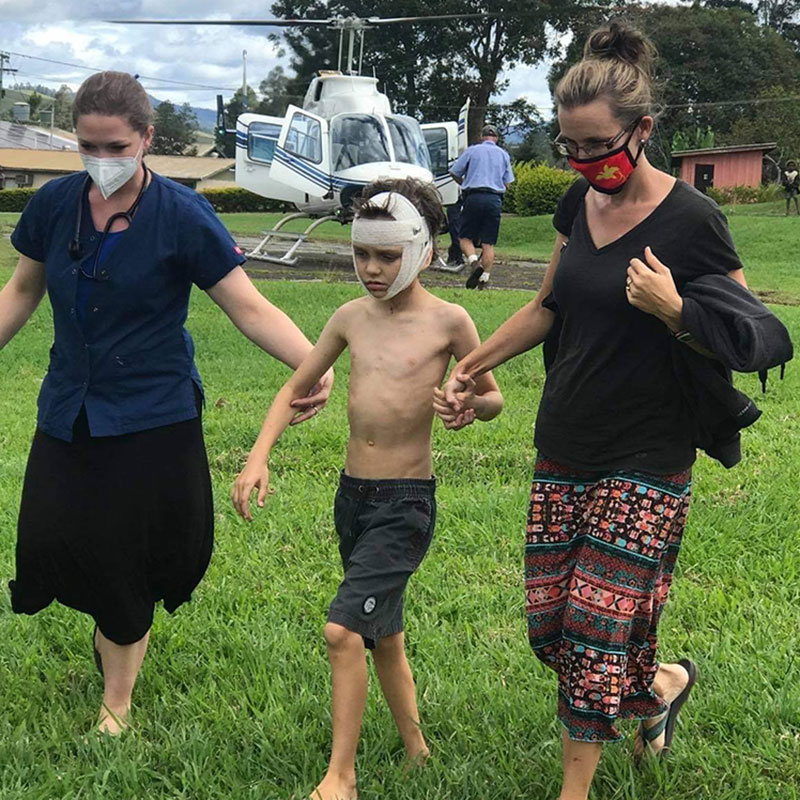 When all was said and done, the ordeal took seven days, from the initial incident to arrival in Phoenix.

“You might think that sounds like a long time,” says Cann. “But given how remote we were and in a world with COVID-19 and so many constantly changing travel restrictions, the fact that we got back at all, in my mind, is a miracle. We were really thankful to have Global Rescue.”

As luck would have it, Jude’s injured jaw was re-evaluated and did not require surgery.

“He should have needed it, but the way it broke was the most ideal,” says Cann. “There was another bone supporting the break, so Jude just needed natural healing and a month-long diet of soft food.”