The Bottom Dropped Out 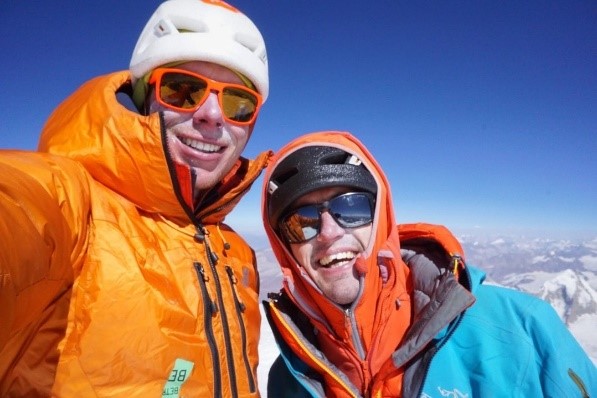 “I was walking out front into an area where it was quite hard to see the differentials in the snow patterns. Then I just fell straight down into a big ice cavern. When I stopped at the bottom, I felt blood pouring all over my face.”

Those are the words of Alastair “Ally” Swinton, a 30-year-old British mountain guide, describing how a climber’s nightmare became a reality after his fall through a snow bridge while climbing Pakistan’s Koyo Zom mountain in the Hindu Raj range in the fall of 2019.

Swinton’s nightmare started off with a dream, an ambitious expedition shared with four of his experienced climbing buddies.

“We are always looking for quieter mountains, ones that we’ve never climbed before. My climbing partner, Will (Sim), discovered Koyo Zom by being geeky. He discovered this beautiful face and this beautiful mountain in a quiet region of Pakistan and showed us a picture. I told him, ‘I’m game…I’m in.’”

The 22,546-foot peak was first summited by an Austrian expedition in 1968 and last climbed by a British team more than 40 years ago. Koyo Zom had the characteristics these five young climbers wanted.

“It’s not the highest mountain in the world but we prefer slightly lower altitudes and more technical climbing and Koyo Zom provided everything we wanted,” Swinton said. 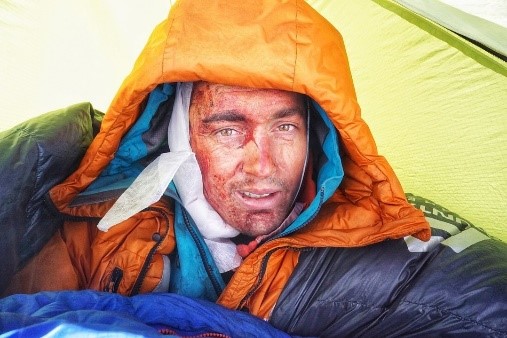 But it’s a tough mountain to climb, even for very experienced mountaineers. When the team attempted to summit, three climbers turned back after recognizing the physical signs of fatigue. Swinton and Tom Livingstone, a 28-year-old climber and acclaimed outdoor writer based in North Wales, UK, pressed on.

“It had been one of the best, most enjoyable alpine routes I’ve ever climbed,” Livingstone said. “All we had to do was walk down the glacier, weaving through crevasses for about six kilometers and dropping 2,300 meters in altitude.”

What happened next was unlucky.

“These crevasses get covered in snow and it creates a bridge,” said Swinton, who explained that snow bridges have unknown thickness and create an illusion of an unbroken surface while hiding a deadly crevasse underneath.

Swinton fell through a snow bridge and dropped about six stories (65 feet), sustaining several injuries including gashes on his head and tremendous bruising over his legs.

“I injured myself in the fall, which was unfortunate, but I was very fortunate that I was roped up and Tom managed to pull me out,” Swinton said.

“I was concerned when Ally fell into the crevasse. I know we’d need further assistance after I pulled him out,” said Livingstone, who called Global Rescue and the authorities for help. Global Rescue provides medical evacuation services from the point of injury or illness.

“I was glad to see the quick response from Global Rescue for the coordination of the rescue operation,” Livingstone said.

But the remoteness of the mountain, nestled between the Hindu Kush in the west and the Karakoram in the east and the closing darkness complicated efforts.

“The helicopter wasn’t able to get up to our altitude. The pilot made a really good effort trying to get us but the engine struggled in the thinner air and the craft was shaking dangerously,” Swinton recalled.

With nightfall covering the sky, officials put off the rescue until the next day when different aircraft could be used.

“We had to stay the night. It was a very cold, tough night. We only brought so much food and water and we only had a few energy gels and some chocolate for me and Tom, who kept me warm and talking through the night,” Swinton said.

Livingstone faced a big responsibility: Keep himself and his injured friend, safe through the night at high altitude.

“It was quite an experience to spoon Ally, covered in blood, throughout the night,” Livingstone said. “I can still smell the blood. I listened to his breathing, already irregular from the altitude and when his breath paused for seconds … and seconds … and … I’d give him a nudge, my own breath held for his next inhale.”

The next morning the pair was exhausted, hopeful and out of the loop since the batteries on their communications devices had drained. They trusted that the rescue operation was underway but had little idea when help would arrive…and the isolated waiting was wearing on Swinton’s patience. 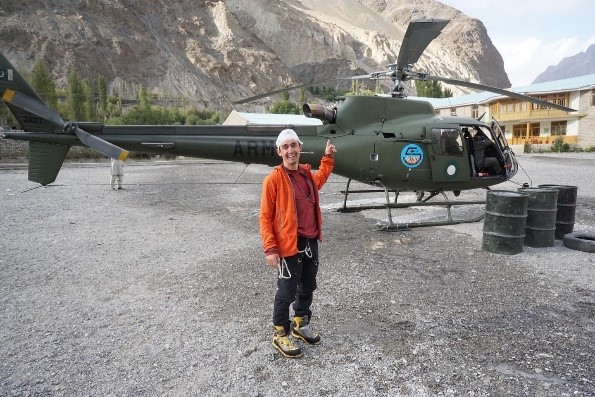 “I got a little agitated. I thought, ‘if these helicopters don’t come then I’m going to have to walk out of here.’ I went out of the tent to have a little test. I took a few stumble steps and proved I couldn’t walk and then the helicopters came shooting over the mountain at the exact same time. It was a Hollywood moment. I felt instant, massive relief. I thought, ‘it’s okay now. I can breathe.’”

Swinton didn’t know it yet, but his Global Rescue experience was not over yet.

“When I was getting treated at the hospital, I knew I was in a very remote area of Pakistan and no one spoke English, and I didn’t speak Urdu or any of the regional languages,” he said, confessing his distress at his sense of isolation.

Then he noticed somebody waving a phone at him.

“I took the phone and it was a Global Rescue operations staffer on the other end of the line. It was a thrill that somebody from Global Rescue knew where I was, knew how to get in contact with me and knew which extremely remote hospital I was in,” he said.

It was a welcome surprise and a needed relief. 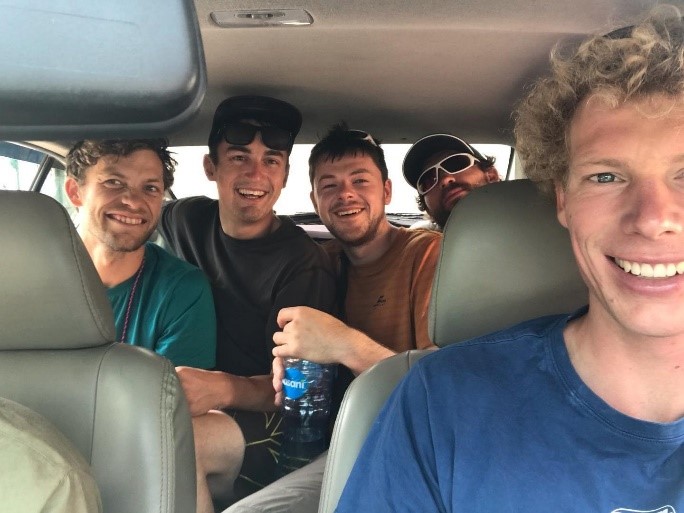 “That was the craziest thing. It’s like having a guardian angel looking over you who manages to find you when you think you’re all alone and nobody knows where you are in the world – and then somebody’s there on the phone asking how you are and checking up on you. It was very reassuring,” Swinton said.

Swinton was impressed with Global Rescue.

“Everything from you guys has been amazing. I got rescued off a mountain. I got the best product. I’m very happy with what Global Rescue provided,” he said.