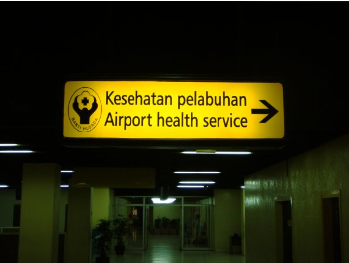 [Note: Guest blogger Lloyd Smrkovski, who holds a doctorate in immunology, microbiology and parasitology and is a retired Naval officer, has offered to share his thoughts on travel safety and the importance of a comprehensive medical evacuation plan. “Who knows?” he writes, “If it saves just one life, it is a worthwhile endeavor.” His bio can be found below.]

Okay, you are anxiously waiting to board your flight to Africa, the Arctic Circle, New Zealand, or some other exotic destination.  You are in possession of your passport, credit cards, prescription medications, and a good book to keep you occupied during your long flight.  You even bought “travel insurance.” Maybe. This begs the question, are you really prepared to meet any and all contingencies?  I’d bet the answer is an unqualified “NO”.

Did you contact your medical insurance carrier to see if they provided any medical or evacuation coverage for the countries that you are visiting?  Did you get any vaccinations?  If so, did they include a tetanus booster and shots to prevent the various forms of Hepatitis?  How about the painless three-shot series for rabies? (Yes, the Kudu of Africa are reservoir-hosts for the virus that causes rabies.)  A vaccine for bacterial pneumonia would also be a wise choice, as would the vaccine for shingles.

Believe it or not, disease threats can come from some of the most unlikely places:  food prepared by individuals who have not passed stringent health standards, tiny ticks that are no bigger than the head of a pin, water from a lake/stream or swamp (wade in it or drink it at your own risk), a scratch or puncture wound from a thorn of a tree/bush, are but just a few of the examples of what waits for you.  Should you be concerned?  Yes, indeed.

Most infectious disease threats can be avoided with a few common sense remedies, but not all.  Then it is up to you to take whatever precautionary measures possible.  Most preventive measures are simple and inexpensive; knowledge being by far the cheapest.  Unfortunately, most travelers don’t bother to prepare themselves adequately.  Thus, they are an accident just waiting to happen.

No “prevention” program will protect everyone from every threat.  Thus, there is one last contingency plan that you can and should implement before you travel, and that is an emergency medical/evacuation plan.  Most of these plans, of which there are several, cost only a small fraction of what you will spend on your travels to your distant lands.

The other issue is to understand fully what your medical/evacuation plan provides for and what are its exclusions.  Case-in-point:  When I started my travels to Africa in 2006, I enrolled in a medical evacuation plan from a company other than Global Rescue. This sort of plan was great for what it was designed to do, and that is to evacuate you from a hospital in which you find yourself after you are seriously injured or diseased, to the hospital of your choice, probably back home.  What it does not provide for is an evacuation from your immediate location in the jungle or your safari campsite.

Well, after I started doing “dangerous game” hunts, I decided that I needed additional coverage for an actual evacuation from the field — as in, from the site of injury or illness, which is especially necessary in remote locations, unable to be safely removed to an area hospital. And that is assuming one even exists, which could be a full day’s drive away.

For this type of coverage, I put my trust in Global Rescue. For a few hundred dollars in annual membership fees, they provide immediate medical advisory services, as well as an evacuation to the nearest medical facility and on to your hospital of choice once you are medically capable of continued travel.

Since Global Rescue provides every service that its competitors provide, and much more, I have elected to drop the former coverage and go full-time with Global Rescue.  It’s a service that I hope I never need, but with it, I feel confident that my travels back to Africa and elsewhere will be less worrisome, and if stricken with injury or disease, I know that they will be there to assist me.  I trust my life with Global Rescue and no one else.

Lloyd Smrkovski is a retired U.S. Naval Commander, who served over 22 years in uniform.

At the age of 18 he began his military career in the United States Air Force where he worked as a Russian Communications Intercept operator, with tours in Japan, the U.S and elsewhere. He earned a Bachelor’s degree in Biology and Sociology and a Masters degree in Science Education and Guidance Psychology from Winona State University in Minnesota. Later, he was awarded a National Institutes of Health graduate studies Fellowship from the University of Montana, Missoula, where he completed a doctorate  in the fields of immunology, microbiology and parasitology.

Dr. Smrkovski subsequently worked as a Forensic Scientist for the Michigan Department of State Police, and in 1976 he was offered an Officer’s Commission in the United States Navy. He spent the next 16 years engaged in tropical medicine research and the gathering of medical intelligence data for the Navy. During that time he served overseas tours in the Philippines, Panama and elsewhere. While stationed in the U.S. he served at the Naval Medical Research Institute in Bethesda, MD and at the Armed Forces Institute of Pathology, in Washington, D.C.

Commander Smrkovski also spent a great deal of time in such countries as Indonesia, Malaysia, Thailand, Turkey, Iran, and most countries in Central America.  He is a certified expert in “Jungle Survival” techniques. Besides enjoying his new granddaughter, Lindsey, he spends at least a month or more each year on safari in Africa as well as big game hunts on other continents.