World Malaria Day – How to prevent and treat malaria 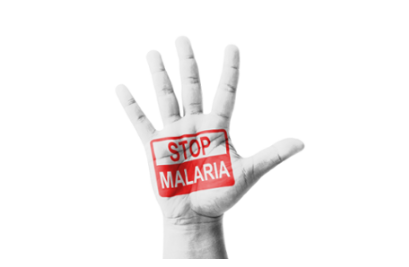 In 2019, nearly half of the world’s population was at risk of malaria. Most malaria cases and deaths occur in sub-Saharan Africa, but the regions of Southeast Asia, Eastern Mediterranean, Western Pacific and the Americas are also at risk. Six countries accounted for approximately half of all malaria deaths worldwide: Nigeria (23%), the Democratic Republic of the Congo (11%), United Republic of Tanzania (5%), Burkina Faso (4%), Mozambique (4%) and Niger (4%).

Malaria cases have been on the decline globally — 238 million in 2000 to 229 million in 2019 — but a study from the London School of Hygiene & Tropical Medicine found climate change is having an impact on mosquito-borne diseases, like dengue and malaria. An estimated 8.4 billion people could be at risk from dengue and malaria by the end of the century as the world gets warmer and more urbanized.

Dr. Phil Seidenberg, who spent five years living and working in Zambia as Global Rescue’s African Regional Medical Director, has treated many malaria patients in the course of his career. Seidenberg answers six common questions travelers may have about the risks, prevention and treatment of malaria.

How do I know if malaria is an issue where I’m traveling?

For updated information on countries with malaria, use the resources available through either the Center for Disease Control (CDC) or the World Health Organization (WHO). Both of these organizations have maps with malaria risk levels indicated by country and regions within countries. Global Rescue members can contact Global Rescue for specific malaria advice.

Travelers headed to Africa should be aware that, while progress has been made in controlling malaria on the continent, an estimated 94% of deaths from malaria in 2019 were in the African Region. The population in this region increased from about 665 million in 2000 to 1.1 billion in 2019 and disease transmission interpretation has become more complex.

It is important to consider the time of year of your travel.  If a country has malaria, there is usually some seasonality to it. Typically malaria follows the rainy season, and is particularly active in the middle to the late part of the rainy season when water is pooling in areas as standing water allows malaria-carrying mosquito larva to populate.

Who are the people greatest at risk?

Anyone who is not native to an area faces an increased susceptibility to malaria. There is a level of tolerance that develops over time in those who are born and live in areas with malaria. Global statistics show 67% of people who die from malaria are kids under 5 years old. If you are thinking of bringing kids along to areas with malaria, it is not a definite no-no but it is something to weigh carefully. The elderly and pregnant women are also at-risk populations.

If I go to a malarial area, should I take medication?

There are anti-malarial prophylactic medications (preventative therapies) that one can take. It is important to note, however, that none of these treatments is 100 percent effective.  You should seek advice from your regular healthcare provider, or a provider experienced in travel medicine to help decide which of these medications might be best for your individual health profile.

The primary recommendation I usually give is to choose a simple option such as Doxycycline, which is available everywhere. It needs to be taken only one to two days prior to travel, and the dose is just 100 milligrams once a day. It is contraindicated for kids younger than 8 and not a first choice medication for pregnant women. The major side effect with its use is sun sensitivity. It causes a small number of people to burn really quickly and often the locations with malaria are sunny and tropical.

Malarone is another great option. It is a very good, safe medication and very well-tolerated, although a little bit more difficult to find outside of travel clinics. Malarone is taken daily, and needs to be started only one to two days before travel. Side effects are minimal. Importantly, Malarone consists of a two-drug punch that greatly reduces the chance of contracting a resistant malarial strain. This medication cannot be used by pregnant women. Malarone is more expensive than the other options, and since it is taken daily, cost could be a factor for some, especially on longer trips.

Are there other steps I can take to help prevent malaria?

Definitely. Take precautions such as wearing long sleeves, using DEET insect repellants to ward off mosquitoes, and sleeping under netting. Most countries typically have mosquito nets in stores and even supermarkets, but if you’re concerned that you won’t be able to find them, it is a good idea to buy them in advance. The insecticide treated nets are really the ones to use. People sometimes pre-treat their clothing, too.

It is important to know that the two peaks for malaria transmission are right at dusk and then right before sunrise. These are times when the mosquitoes are a little bit more active and more people are in contact with active mosquitoes, which is probably why transmission occurs most frequently between those two periods. Be especially cautious at these times.

What do I do if I’m traveling and think I may have malaria?

The first step is to determine if you have malaria. In most African capital cities, you can go into almost any pharmacy and pick up a blood test called a Rapid Diagnostic Test (RDT). It involves a simple finger prick, a few drops of blood, and a 15-minute wait for results. RDTs are part of the reason that malaria is under control, because we are no longer indiscriminately treating kids and people with non-malaria related fevers. Be cautious about the expiration dates, however, and do not buy anything that has expired.

Another option is to go to a clinic. Almost any clinic operating in malarial countries will be able to do a very quick blood smear or a Rapid Diagnostics Test, too. The RDTs are no different for kids versus adults.

What do you do if you have malaria?

Most hospitals in malarial countries are more than capable of diagnosing and treating malaria.  For treatment, the WHO recommends Artemisinin Combination Therapy, or ACT. However, do not assume that ACT is necessarily what you will receive. Absolutely ask for ACT by name. Most health care providers should know what that means, even though there are different trade names in some parts of the world.

It is worth knowing that for almost all simple malaria, even complicated malaria, artemisinin compounds are the ones to use. Those that only have single artemisinin are, over time, quite bad for our malaria treatment options because the parasite develops resistance early. Emerging artemisinin resistance is a major concern in certain areas of the world.) The combination therapy hits the parasite with two active medications working against it.

For severe malaria, usually defined by altered mental status or organ dysfunction, in some places they are starting to do artemisinin IV drips. This approach has been shown to be better than good old quinine, which still is effective. But typically if someone were hospitalized with severe malaria, quinine versus artesunate are the only real options for treatment.

What should I look out for when I return home?

First, if travelers are taking a prophylactic that requires them to continue to take it for a few weeks afterwards, they must make sure to do that.

Second, and even more dangerous in my view, is that it is hard to get malaria diagnosed in the States unless someone really thinks about it. In fact, this happened to friends of mine when they came back with their kids from Africa. It is an easy thing for a lab to take a look at a blood smear under with a microscope, but when medical professionals don’t ever see malaria that often, they’re not going to think about it. So, if someone comes back, gets sick and they’re worried about malaria, they need to really be careful that they tell whoever is seeing them, “By the way, I was in Haiti. Can you check me for malaria?”  It could be a couple of months before travelers should consider themselves no longer at risk after returning home.