Ebola: What you should know 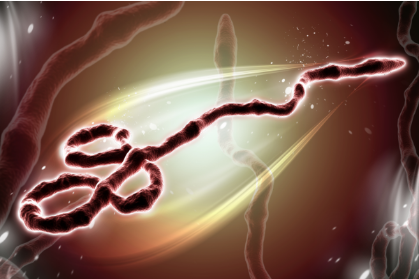 The Ebola virus started its rampage in 2014. The World Health Organization (WHO) declared an international public health emergency in August as deaths were reported daily in three African countries: Sierra Leone, Liberia and Guinea. In October, Global Rescue had air assets in Africa ready to perform air ambulance evacuations. According to BBC News, the total number of reported cases for this first outbreak: 28,367.

In August 2018, the second Ebola epidemic hit the Democratic Republic of the Congo. On July 17, 2019, WHO declared the Ebola outbreak a public health emergency of international concern. The epidemic lasted until 2002, but emergency response and prevention efforts have contributed to an overall decline in reported cases and fatalities. In 2021, there have been outbreaks in the Democratic Republic of the Congo and Guinea.

Does today’s traveler need to worry about an Ebola outbreak? Probably not: there are currently no travel health notices for Ebola.

But it’s not unusual to encounter a medical problem on a trip. This worry shaped travel for people before the pandemic — and certainly had an effect on travel during the pandemic. In fact, our travel survey found 24% of respondents would not make a trip if the destination had insufficient medical facilities.

So if Ebola is on your mind, Global Rescue advises travelers to remain vigilant, offering these safety tips for travel to countries with a risk of Ebola.

Don’t go if you don’t have to. Adhere to the Centers for Disease Control and Prevention (CDC) and U.S. Department of State warnings against non-essential travel to affected West African countries.

The risk of infection for travelers is low. Transmission requires direct contact with blood, secretions, organs or other body fluids of infected living or dead persons, all of which are unlikely exposures for the average traveler.

Strict personal hygiene, including frequent hand washing, should be followed while traveling in endemic areas.

Global Rescue’s intelligence team monitors global news all day, every day, and publishes health and security information in destination reports, free to members. Type in your destination and you’ll find an overview of health, safety and security risks for that location. For additional Ebola-specific information, a great resource is the World Health Organization health emergencies bulletin.

Education has slowed the progress of the Ebola virus in towns and cities, but preventative measures are still making their way to remote areas where outbreaks are occurring. Reports of new cases may be delayed, because some rural provinces are only accessible by motorbike over rough topography and bad roads.

Symptoms include fever, weakness, muscle pain, headache and sore throat. This is followed by vomiting, diarrhea, rash and, in some cases, bleeding. These symptoms must be combined with possible exposure to Ebola within 21 days of the onset of symptoms.

Seek medical attention if you have stayed in areas where Ebola has been reported and you are feeling sick. The doctor will test you, isolate you, and notify the public health authorities.

Infection by the Ebola virus is by contact with blood or body fluids of an infected person or animal, or by contact with contaminated objects. Global Rescue advises avoiding contact with wild animals (bats), with raw or undercooked meat (bushmeat), and raw meat of an unknown source. Bushmeat, considered a delicacy in West Africa and the only source of protein in rural areas, may include antelope, wild goat, buffalo, deer, chimpanzees and fruit bats.

Hospitals in West Africa may not have the proper staff, equipment, training or resources to treat Ebola patients. During an outbreak, a hospital may be one of the most dangerous places to be. The World Health Organization continues to work with at risk locations, such as the Democratic Republic of the Congo, to fight Ebola and other public health problems such as outbreaks of measles and cholera, the COVID-19 pandemic and a weak health system.

Chances are the virus will not spread if the Ebola patient is in an isolation unit equipped with advanced infrastructure, laboratory capabilities and trained staff.

If you have a medical emergency while traveling in a country with reported Ebola outbreaks, Global Rescue can provide members with advice on health care facilities suitable for your needs.

Global Rescue travel members can access 24/7/365 advisory services staffed by critical care paramedics, nurses and physicians. If you are a traveling Global Rescue member and have questions, symptoms or concerns about your health, call Global Rescue immediately at (617) 459-4200. Click here to learn more about a travel services protection membership.