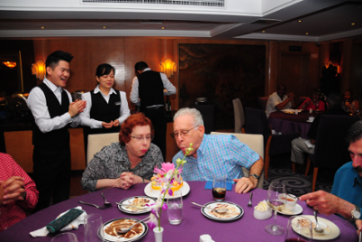 Barbara and Jed Abrams celebrating on the Yangtze

For their 42nd anniversary, Barbara and Jed Abrams traveled to China for what was supposed to be a trip of a lifetime. Unfortunately, three weeks into the trip, just prior to walking along the Great Wall and one day before the end of their trip, Jed Abrams suddenly collapsed. Pale and dizzy, he was rushed for treatment to a local emergency room and then to a hospital in Beijing owned by an American company.

“The emergency room doctor told me that if Jed had gotten on a plane to return home, it was highly unlikely he would make it off the plane alive,” Barbara said.

The Abramses’ tour director immediately reported the event to the couple’s travel insurance carrier. However, Barbara did not receive the prompt response that would have helped her. She was alone in an unfamiliar city, and no one else spoke English except for the doctors, nursing staff and staff at her hotel. Everyone else was speaking a language she didn’t understand, and Barbara felt lost.

“When my husband collapsed without warning at the Great Wall and landed in a hospital where he needed, among other things, four units of blood, I was stranded, alone and frightened more than I had ever been in my life,” said Barbara. “[I was] relying upon Chinese taxi cab drivers to get me to and from the hospital and hotel. The rides were 45 minutes of harrowing in-and-out kamikaze moments tinged with pure terror as we navigated looming buses, cars, motorcycles and weaving pedestrians.”

After waiting two days for her insurance company to help and still no response, Barbara turned to Global Rescue.

Global Rescue immediately launched into action, deploying personnel from its Bangkok Operations Center. “In three hours, Global Rescue had reviewed Jed’s medical file with doctors at Johns Hopkins, assuring me they would take over responsibility for Jed’s care and arrange for his return to the U.S.,” said Barbara. “I wept with relief. Global Rescue did what they said they would.”

Global Rescue deployed a member of their critical care transport team to Beijing to assist the Abramses. Global Rescue also arranged for a van and English-speaking “fixer” for Barbara to get back and forth between the hotel and hospital, ending her series of terrifying cab rides. 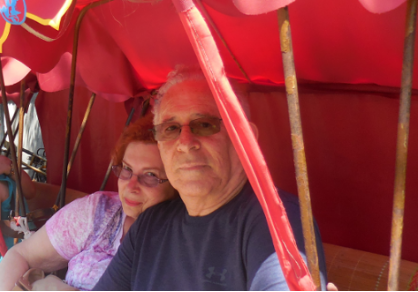 The couple enjoying a rickshaw ride

“Once Global Rescue arrived at the hospital in Beijing, they took over immediately and made all the arrangements. It was as if the weight of the world had been lifted from my shoulders,” Barbara said.  “As a result, my energies could then be focused solely on my husband’s and my emotional needs.”

A few days later, Jed was stabilized and certified as fit to fly by Global Rescue physicians. Global Rescue arranged for three seats on a flight from Beijing to Seattle, Washington, with a member Global Rescue transport team continuing to monitor Jed’s condition throughout the flight.

When airport security sought to prevent the group from bringing medical equipment onto the plane, Global Rescue’s paramedic stated clearly and firmly that he was Jed’s lifeline, and that he would not have his patient put at risk. Ultimately, security allowed everyone to board the plane with the necessary medical supplies.

“After much back and forth, he prevailed,” Barbara wrote about the incident. “Never once did he raise his voice or telegraph any contentiousness.”

In Seattle, the Abramses boarded their final flight back to Charlotte, North Carolina, where they met with a hospitalist who supervised further testing and treatment at their local hospital’s emergency room. Upon their safe return home, Barbara wrote to thank Global Rescue, praising the responding paramedic. “His quiet resolve and professionalism made it happen.” 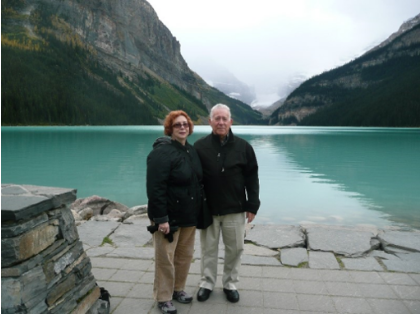