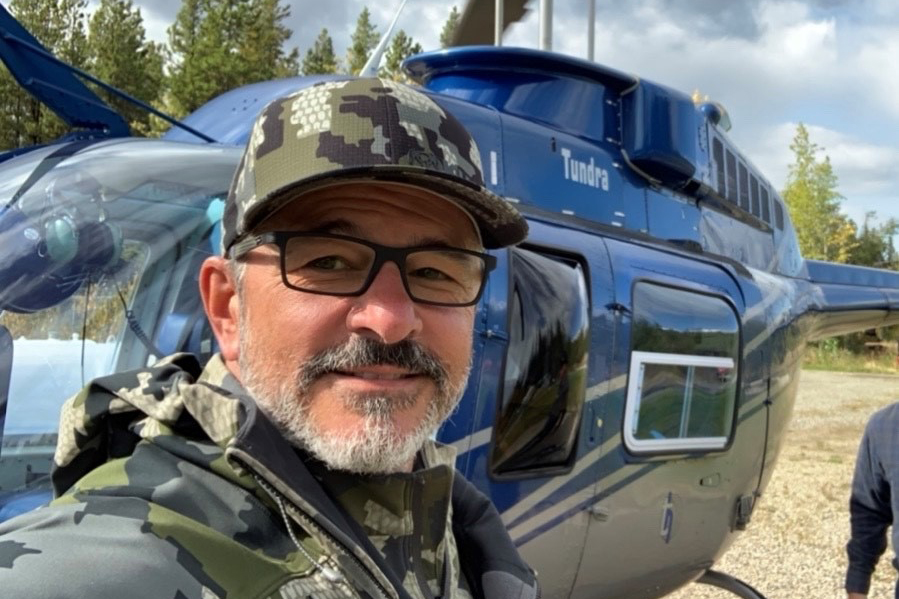 Louis Cairo, owner and managing partner of GWC Injury Lawyers in Chicago, Illinois, delivers the best legal care that he can to his clients. When he suffered an injury during his trip to British Columbia, Canada he was pleased to receive the same standard of best-in-class care from Global Rescue.

“My trip to British Columbia was rugged, daily climbing mountains on horseback and foot while living in the bush,” Cairo said. “So my Global Rescue membership was even more important for me.”

“I have been most fortunate in my worldly travels — multiple safaris in Africa, New Zealand, Canada, Alaska and throughout the states — I have never suffered an injury,” Cairo said. “But given my line of work, I knew being prepared for an emergency situation was necessary for me personally and for the peace of mind for my wife and family. Global Rescue was an absolute priority.”

Cairo’s trip included travel to the Stikine Region, an unincorporated area in northwestern British Columbia. The region is about the size of Alabama and home to about 1,000 people, making it the least densely inhabited region in British Columbia and Canada as a whole.

“When my horse rolled down the side of a very steep incline, catapulted me 15 feet laterally and caused me to land at the base of the incline about 15 feet lower in elevation, I knew my trip was over,” Cairo said. “The pain in my right leg and knee was excruciating. I struggled to ride my horse the hour and half back to camp, but the next day I could not even walk.”

Cairo’s injuries were not life threatening, but medical help was six hours away from camp.

“There was no way I could have possibly gotten back on a horse and ridden through mountains, bogs and rivers to get to the lake where a float plane could pick me up and take me to civilization,” he said.

Cairo had never called Global Rescue before, but it was his only option for medical evacuation services. Using his satellite phone, he reached out to his secretary in Chicago who had his itinerary, outfitters contact information and Global Rescue membership information.

“Well, let me tell you, Global Rescue did not disappoint,” Cairo said. “Amazingly, six hours after her call, a chopper was landing a few hundred yards from our camp, which was buried in the thick trees. The chopper brought me back to Dease Lake. Within an hour, I was in the emergency room for medical care.”

This speed to care made all the difference in Cairo’s recovery.

“Given Global Rescue’s prompt response time, cutting through the red tape and putting my safety first, my medical care was promptly delivered and my injuries were far less severe than they would have been had I been compelled to ride horseback under the grueling conditions of the British Columbia mountains with torn ligaments in my knee,” Cairo said. “But if not for Global Rescue, I would probably still be sitting in the bush and my knee damage would have been beyond repair.”

Cairo is already planning his next trip — Alberta, Canada — and his Global Rescue membership will be in his wallet.

“Despite never suffering an injury before, I have never traveled without knowing that I had medical evacuation services,” Cairo said. “We all know that ‘accidents happen’ but when they happen in the middle of the bush, desert, jungle and the like, the potential devastation of an injury can be magnified 100-fold. So Global Rescue is never an ‘option.’ It is a necessity.”