Dengue fever: What you should know 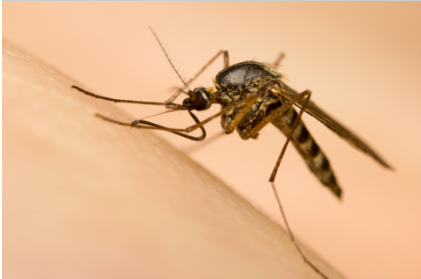 Each year, an estimated 400 million people are infected with dengue virus and about 100 million get sick. Outbreaks have occurred in Southeast Asia, the Western Pacific, the Eastern Mediterranean, the Americas, the Caribbean and Africa.

A new study from the London School of Hygiene & Tropical Medicine found climate change is having an impact on mosquito-borne diseases, like dengue and malaria. An estimated 8.4 billion people could be at risk by the end of the century as the world gets warmer and more urbanized.

If you are traveling to any of these regions, it is imperative to be informed about the disease and its risk.

Like malaria, the disease is transmitted through the bite of a mosquito. However, there are several key differences between the two diseases.

“Dengue fever is a mosquito-transmitted illness, but it is viral, not parasitic. It is caused by a different mosquito than the type that causes malaria,” said Dr. Phil Seidenberg, associate medical director with Global Rescue.

There are currently no medications that can be taken to prevent dengue fever, so mosquito prevention is critical. The CDC recommends using insect repellent, wearing long-sleeved shirts and long pants, and controlling mosquitoes inside and outside your home.

If you have contracted dengue, the illness will surface in approximately 4-7 days from the initial mosquito bite.

Seidenberg outlined the most common dengue fever symptoms, including:

Those who develop a more severe form of dengue fever may also experience:

“The more severe form of dengue fever is referred to as dengue hemorrhagic fever,” Seidenberg said.  “With the more severe form, the platelet count drops, people bleed, liver enzymes go up, and people get a lot sicker.”

Typical treatment for dengue fever includes treating the virus symptomatically, with hydration and Tylenol (not ibuprofen or aspirin) for normal cases. In the case of hemorrhagic dengue, patients should seek hospital care to be monitored and given fluids. Unfortunately, there is no way to treat the actual infection itself.

Statistics vary, but approximately 80% of those infected experience fever and flu-like symptoms following an incubation period of 3 to 14 days. These symptoms eventually resolve provided the patient rests and gets plenty of fluids.

The remaining 20% of patients can become severely ill, with symptoms including very high fevers, rashes, vomiting, intermittent consciousness and bleeding. Fatality rates vary by country. In India, for example, 6% of dengue cases ended in death. With early detection and access to proper medical care, fatality rates are 1%.

If you’re traveling, check in with Global Rescue, review updated dengue information in our GRID travel intelligence system, and consult the CDC website for locations with high rates of dengue here.