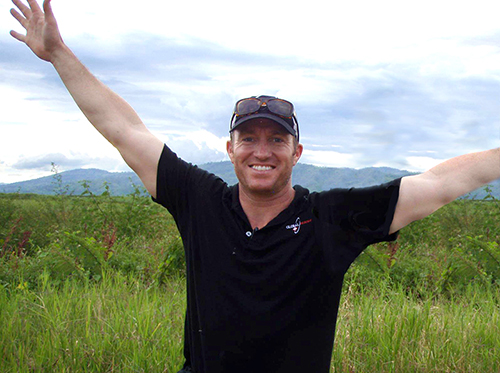 Even after his SEAL classmates retired, Glen Doherty continued to opt-into deployments. It was, in part, because he loved everything about his Navy SEAL deployments, but also because he could not find the right job.

Doherty found a home at Global Rescue as an operations specialist. Global Rescue welcomed Doherty’s expertise in medical and security evacuation services and he was part of a team that rescued members from the point of illness or injury for any serious medical emergency. He later worked as a government contractor and was killed in the terror attacks on the U.S. Consulate in Benghazi, Libya.

“Before his death, Glen worked with us for several years. He was an outstanding guy and a joy to work with,” said Dan Richards, Global Rescue CEO.

To honor Doherty — and help other current and former special operation professionals and their families, ease the transition from military life — Global Rescue will join the #GivingTuesday movement to support the Glen Doherty Memorial Foundation (GDMF).

“We are honored to continue Glen’s lasting memory by donating 10 percent of new membership proceeds during Giving Tuesday to support the GDMF,” Richards said.

On Tuesday, Dec. 3, Global Rescue will donate a portion of new membership proceeds to the Glen Doherty Memorial Foundation (GDMF). The GDMF provides scholarships for current or former special operation professionals and their families to be used for traditional education, vocational and non-traditional training.

“Our mission is to help special operations professionals transition out of the military and back into civilian life by means of education and vocational scholarships,” said Kate Quigley, Doherty’s sister and GDMF President. “We’ve been lucky enough to find amazing candidates to become scholarship recipients. A lot of our scholars go back to school to earn degrees and certifications in medicine, business, flight school, law enforcement, cybersecurity and more.”

Dave Dauphinais, a former Navy SEAL, used his scholarship to complete degrees at Harvard’s School for Public Policy and the Tuck School of Business at Dartmouth.

“The financial benefits absolutely provided for my family in a way that I would not have been able to manage on my own,” Dauphinais said.

David Nicastro, a former Marine who was selected to the Second Fleet Anti-Terrorism Security Team Company, was twice awarded a GDMF scholarship.

“I was in a similar type of work as Glen and I was awarded the scholarship two years in a row while I attended and then graduated from the Massachusetts State Police Academy,” Nicastro said.

These are the stories that make GDMF so important to special operations professionals — and their families.

“Glen believed that life should be earned by hard work and hard play. He believed that we should celebrate the beautiful world that we live in and recreate as much as humanly possible,” Quigley said. “Through this foundation our goal is to pay it forward, spreading Glen’s love and passion for life to as many individuals as possible.”

Paying it forward is also important to Global Rescue.

“Philanthropy with a focus on children, the environment and our veterans, is a major component of how we at Global Rescue expresses our values and our gratitude,” Richards said. “Participating in Giving Tuesday and supporting the Glen Doherty Memorial Foundation is one of the many ways we are there when it matters most – for our employees, members, partners and local community.”

Global Rescue is the world’s leading provider of medical, security, evacuation and travel risk management services to enterprises, governments and individuals. Global Rescue has provided medical and security support to its clients, including Fortune 500 companies, governments and academic institutions, during every globally significant crisis since 2004.