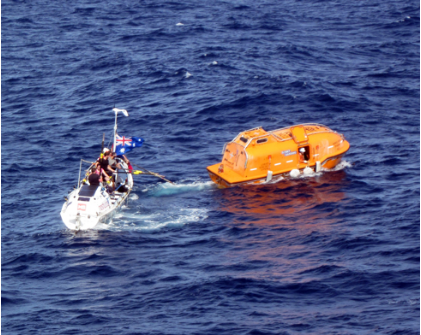 Global Rescue has coordinated the rescue of a rower from the middle of the Indian Ocean after he sustained severe burns.

Ocean Row Events (ORE) crew member Shane Usher was successfully evacuated to the 590-foot K Line bulk carrier Nordic River on the morning of July 11.  Earlier in the week, Usher had accidentally scalded himself while preparing food on the ORE rowboat, Avalon.

Global Rescue’s medical team confirmed that Usher’s burns were significant enough that an evacuation was necessary to secure proper treatment.  The six-man and one woman Avalon crew was rowing non-stop across the Indian Ocean, having departed Geraldton, Australia, on June 11.

The Nordic River responded to the request to go to the aid of the rowboat. The carrier reached the Avalon successfully and transferred Usher by launching a rescue boat. The challenging operation, which was conducted in the open ocean, lasted nearly two hours.

Once Usher was on board the Nordic River, Global Rescue’s medical team managed the treatment of his burns, liaising with the Nordic River’s crew to oversee his care.  The ship is expected to reach Australia on July 18.

The current Ocean Row Events mission is to row from Western Australia to Durban, South Africa, through nearly 5,000 miles of open ocean. The Avalon sustained only minor damage after the rescue and is en route to Africa. 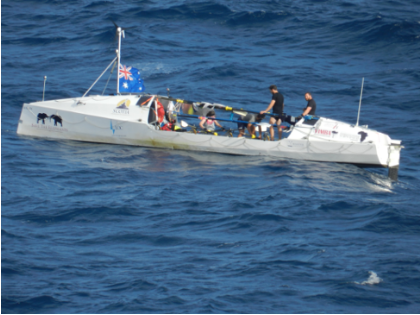