Himalayan Comeback and an Elusive Jetstream 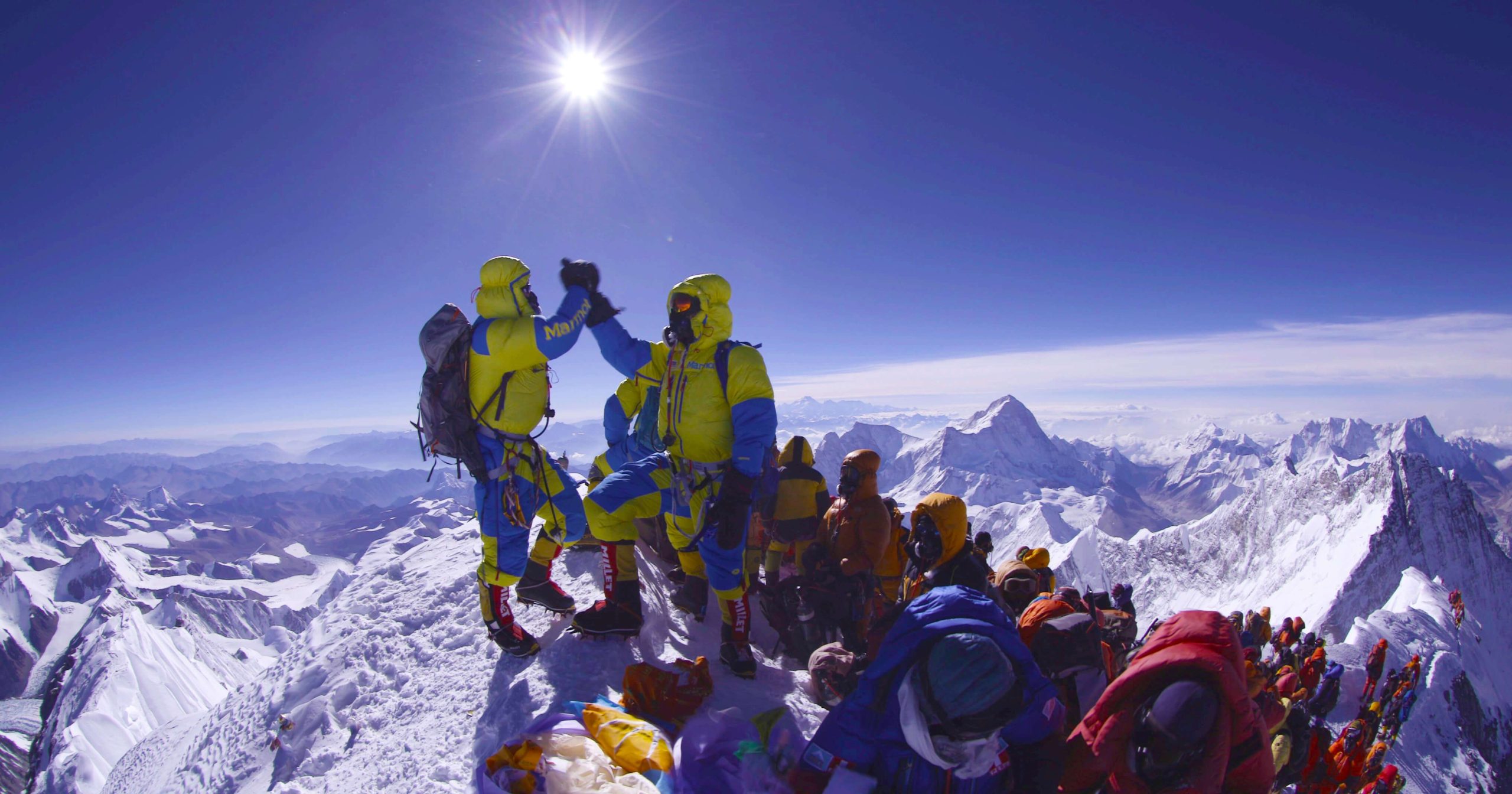 The weather provided one of the safest and busiest spring Himalayan climbing seasons on record. Global Rescue climbing experts and our Safe Travel partners provide a roundup of records and rescues for 2022.

Mountaineers and high-altitude trekkers returned to Mount Everest and the Himalayas following two years of COVID-related travel restrictions. The weather cooperated and was more stable than anticipated, making for one of the safest and busiest spring seasons on record.

“A stalled high-pressure system made for horrendous temperatures in Northern India while paradoxically creating nearly ideal climbing conditions across much, but not all, of the Himalayas,” said climbing expert Alan Arnette.

The missing jet stream was a welcome shocker for expedition leader, Lukas Furtenbach, owner of Furtenbach Adventures based in Innsbruck, Austria and a Global Rescue Safe Travel Partner.

“The biggest surprise this year on Mount Everest was the weather. It was very warm. Melting water puddles at the South Col at 8,000 meters (26,246 feet). We have never seen that before. And no jet stream for the whole season. I think this is unique since the beginning of weather records for the Himalayas,” he said.

“The unusual 14-plus day summit period helped teams to spread out over several days and, therefore, there were no crowds or traffic jams,” Furtenbach said.

Dan Richards, CEO of Global Rescue, agreed. “When there’s a short weather window, everyone tries to scramble up the mountain and take advantage of that weather window and get their summit. But if the weather is good and stable — and if expedition groups stagger their summit attempts — then overcrowding will be minimized or prevented.”

Weather tracking in the future will likely improve for the region. While China closed Tibet to foreigners for the third year citing COVID, government officials permitted a science team to climb and place seven weather stations on Mount Everest, including one set up on May 4 at 28,871 feet/8,800 meters, making it the world’s highest of its kind.

That record lasted only five days when a team from National Geographic installed another weather monitoring station 98 feet/10 meters higher (28,969 feet/8,830 meters) on the Nepal side at a point above the Hillary Slope called Bishop’s ledge.

There were nearly 700 permits issued throughout the Himalayas. While the number of Mount Everest climbing permits was lower than last year, the overall number of permits in the Himalayas was one of the highest ever. But with an increase in mountaineering activities, there is a parallel need for rescue services.

“We’ve seen a record number of rescues this year throughout the Himalayas,” Richards said. “The higher number of rescue operations may be the result of the two-year shut-out from climbs above 20,000 feet/6,000 meters that may have left people less prepared or as fit as they might otherwise have been before coming to the Himalayas to climb. When you have greater populations who may not be as well-conditioned as usual, especially in these high-altitude environments, you are going to have more rescues.”

As in past years, Global Rescue deployed its medical operations team to support our mountaineering and trekking members in the event of a medical emergency.

“Anytime you are exerting yourself at high altitudes, especially above 18,000 feet/5,500 meters, you are at risk for acute mountain sickness, high-altitude pulmonary edema, high-altitude cerebral edema, frostbite, injuries due to trips and falls and avalanches,” Richards said.

“Providing nonstop, 24/7 medical emergency support for a large number of people taking part in extreme, high-altitude activities is not for the faint of heart. You need to be flexible and physically fit to be efficient on the ground,” said David Koo, associate director of operations for Global Rescue, a former combat medic and emergency nurse, and a member of Global Rescue’s Mountain Advisory Council.

Rescue operations are complicated and dangerous. The operating ceiling for most helicopters is about 22,000 feet/6,705 meters, which is roughly Camp 2 on Mount Everest.

“Anything above that altitude requires a ground rescue and because of the altitude and the limited oxygen, rescue teams have to acclimatize before going. You cannot simply drop a crew that isn’t acclimatized into this part of the mountain. That’s why we have acclimatized teams already there. Even then, a rescue is dicey,” Richards said.

More Women on the Mountain

Nepal officials issued 74 permits to female climbers, more than 20% of the total number of mountaineers. Women high-climbers are the fast-growing segment of Mount Everest and 8,000-plus meter mountain climbers.

Global Rescue member Manal Rostom’s summit is the first among Egyptian woman. “It was the hardest thing I’ve ever done in my whole entire life,” she said.

Nguyên Thi Thanh Nhā is the first Vietnamese woman to reach the summit of the world’s highest peak. Nayla Nasir A Albaloushi stood atop the tallest mountain on Earth before any other Emirati woman. Vanessa Estol set a record as the first woman from Uruguay to scale Mount Everest. Eighteen-year-old Lucy Westlake became the youngest American woman to summit Mount Everest.

Al Thani’s mountaineering campaigns are “part of her drive to inspire women and young people in the region to challenge stereotypes and fulfill their dreams,” according to reports.

Harila agrees. “I do not care that much about beating a record – I care about inspiring young women. This is not about making the impossible possible, but proving that women can do it, too. That they can do it even better.”

Furtenbach was thrilled to see more women high-climbers. But he worries that not enough new people are taking part.

“I don’t see an increase in newbies who would benefit from the availability of more oxygen. The use of oxygen — including the number of cylinders provided and the higher flow rates — is definitely increasing. That’s good because it increases safety,” Furtenbach said.