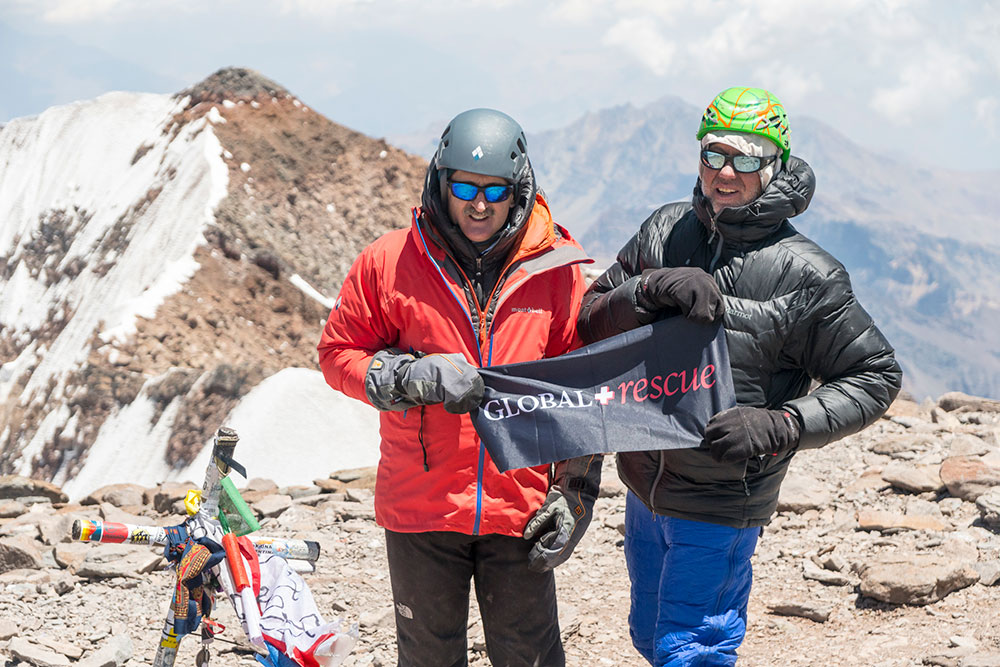 Nearly a decade and a half after an accident permanently blinded him, Lonnie Bedwell, a veteran Navy submariner and single father of three daughters, decided to climb one of the highest mountains on earth.

“I had to try. I had to push. It was truly to prove to these guys and gals [wounded veterans] what was possible.”

Bedwell pushed and successfully summitted Mount Kilimanjaro (19,308 feet/5,885 meters) a few years ago and Aconcagua (22,841 feet/6,960 meters) in February 2020 — the tallest mountains in Africa and South America, respectively. But his path to — and passion for — mountaineering didn’t grow from a childhood of hiking or a desire for comradery. Rather, it sprung from the newly found free time following the high school graduation of his youngest daughter.

“I got into building houses that was something I didn’t do before losing my eyesight,” Bedwell said. “My aunt and uncle were having a new home built. I was sitting around, not doing a whole lot. I told my aunt that I wanted to help, but the workers said no, fearful of the liability.”

Unbeknownst to Bedwell at the time, his aunt gave the builders an ultimatum.

“She told them to give me a two-week trial, or she’d find another homebuilder to do the job,” he said.

Since then, Bedwell has helped these same construction workers build more than thirty homes.

“I can do anything from roofing, siding, framing, wiring and decks,” he said.

The next step for Bedwell came when his daughters aged up and were moving out of the house. He realized he’d be living by himself and would require additional training for running a household on his own. He connected with a Chicago-based resource center for the blind where a number of returning veterans who’d lost their eyesight in combat were getting similar skills training.

By then his reputation was growing for breaking the traditional limits associated with blindness. Program managers at the resource center asked Bedwell if he’d be willing to try skiing in the hopes it would become an adaptive, recreational activity for others.

“They asked if I’d be their guinea pig since they knew I was doing all this other stuff,” he said. “That’s when I went skiing for the first time.”

Word spread quickly and soon Bedwell was being invited by several organizations to speak about and demonstrate, what he’d been able to accomplish and what he wanted to achieve next — becoming the first blind person to navigate a kayak through 226 miles of dangerous whitewater river flowing through the Grand Canyon and ascending two of the tallest mountains in the world.

Bedwell’s preparation was atypical, especially considering the highest point in his home state of Indiana is Hoosier Hill at 1,257 feet (383 meters) above sea level.

“I climbed a few 13 and 14-thousand-foot tall mountains across the western U.S. But here at home I walked between six and 14 miles a day with a pack and spent a lot of time on the stair climber at the gym,” he said.

When it came to high altitude preparation, Bedwell built in extra days to complete the climb.

“We gave ourselves plenty of time to acclimate on the mountain.”

But there was one area where Bedwell did not prepare. He hadn’t any medical or rescue protection services before climbing Aconcagua.

“I’ve fallen a few times, twisted my ankle once and I even saw people on Mount Kilimanjaro getting evacuated. It was then that I realized the necessity for having rescue protection. I realized I needed to get something in place in case something happens to me,” he said.

“They told me Global Rescue is the best out there. It’s tried and proven. It’s available and affordable. It’s the best all the way around,” he said.

The Aconcagua climb held a few surprises for Bedwell, including the heat, the lack of snow and the unstable footing on the stones.

“There were places where you would literally take a six-inch step up and your foot would slide two feet down over the stones,” he said. On summit day, the wind kicked up to more than 40 mph and turned a number of other climbers back.”

But Bedwell and his group pushed on.

“We slowly made our way up to the top,” he said.

Bedwell has more expeditions in mind. He pushes himself so others are inspired to push through tough, life-changing experiences.

“Every one of us, disabled or not, is capable of so much more than they believe. If we help each other and work together then we can achieve almost anything,” he said.