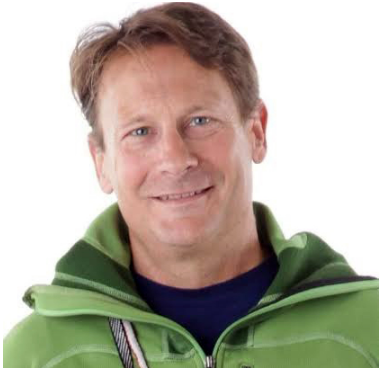 American Alpine Club Executive Director Phil Powers has led dozens of expeditions to South America, Alaska and Pakistan’s Karakoram Range, including ascents of K2 and Gasherbrum II without supplemental oxygen. He made first ascents of the Washburn Face on Denali and of Lukpilla Brakk’s Western Edge in Pakistan, as well as the first winter traverse of the Tetons’ Cathedral Peaks.

Phil recently spoke with Global Rescue about the upcoming Himalayan season, the AAC’s new campgrounds, and the tremendous rise in popularity of climbing gyms.

Q. The climbing season in the Himalaya is under way now through the next few months. What are your expectations for this season?

A. In big ranges like the Himalaya, the combination of extreme objective hazard and human ambition lead to a huge potential for accidents. Samuli Mansikka, 36, and Pemba Sherpa, 35, were just killed this week while descending from a successful summit of Annapurna; the season is clearly under way. Global Rescue is very much aware of the propensity for accidents during this pre-monsoon season.

Q.  What are the upcoming seasons for other popular climbing spots?

In addition to pre-monsoon in the Nepal Himalaya, there is also a season in the fall after the monsoon retreats. The Karakorum Himalaya, which is further from the influence of the Indian Ocean, has a summer season like North America. Most of the climbing in Alaska happens in late spring and early summer. In South America — places like Aconcaqua or Patagonia — climbers are active from December through February. Antarctica has a similar season.

Q.  Tell us about the AAC’s new campgrounds. Have you seen a marked interest in camping by AAC members across the country?

We are just opening our newest at the gateway to the Shawangunks in New York. The Gunks campground has been a long time coming and we are really excited to finally open it. The campgrounds are for everybody (though AAC members get a discounted rate) and, yes, they are well-used.

Q. How is the popularity of climbing gyms impacting the climbing community? What things should people keep in mind as they transition from indoor to outdoor climbing?

A. Gyms are the biggest single trend facing climbing today, maybe ever. The Climbing Business Journal states that there are over 300 major gyms in the U.S. with 40 more opening this year. We estimate that about 2,000 people sign releases at those gyms every day. In other words, around 2,000 people are at least giving climbing a try every day. Some will stick with it and some will go outside. People get pretty strong and confident in a gym setting very quickly and making the move to outdoor climbing presents very real dangers. At the AAC, we are developing lesson plans and courses in partnership with regional clubs, like the Colorado Mountain Club (CMC), so we can meet this need. Interestingly, whether the accidents we see have to do with improper knots, lowering mistakes, or rappel errors, a majority of them have to do with not double-checking the systems you use. Climb with a partner you trust, communicate well, and check each other at every step. And of course, remember to get your Global Rescue membership before you head out – I know I will.