Stay Safe on the Slopes 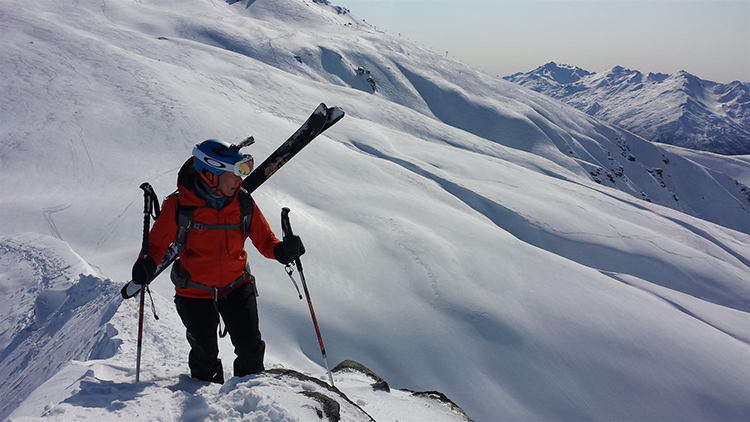 Catastrophic accidents on the slopes and ski lift deaths are thankfully rare. There were 42 fatalities reported at U.S. ski areas during the 2019-20 season, according to the National Ski Areas Association. However, of the reported ski deaths, the season average is higher than the 10-year industry average of 39 skiing deaths per year.

Injuries, ranging from skier’s thumb to ACL injuries and broken bones, are much more common.

Global Rescue, headquartered in Lebanon, N.H. and based in the heart of the Northeast’s best skiing, offers advice to members spending time on the slopes.

Here’s what to watch out for during a day on the mountain.

A day on the slopes poses little risk for COVID-19; you’re outdoors, socially distanced and already wearing a face mask. It’s the after-ski activities you have to watch out for. Although resorts are limiting visitor numbers, it makes sense to avoid busy cafeterias, crowded lodges and jam-packed bar areas where skiers remove their face gear to eat, drink and converse.

“Do your research before heading out for a day on the slopes,” said David Keaveny, operations specialist at Global Rescue and professional ski patroller. “Know the rules of this new normal so you’re not surprised when you get there.”

It may look like a nice, white expanse of snow, but if you’re wandering away from groomed runs, be aware that the fresh powder could be camouflaging tree stumps, rocks and crevasses. Backcountry skiing or splitboarding can be dangerous without a local, qualified guide and a back-up plan, like medical evacuation services.

Fog, ice, wind, sleet and heavy snow — those are just a few weather conditions that can turn a day of skiing or riding into an emergency.

“Obey all posted signs and warnings. Never ski or ride in closed terrain and ski with a partner whenever possible,” Keaveny said. “Remain alert to avalanche danger and know the warning signs. If you are going into the backcountry, make sure everyone in your party has taken an avalanche course, or go with a certified guide.”

Even if you’re not skiing or snowboarding in avalanche prone areas, large amounts of snow can still catch you off guard. Skiers and riders need to be aware of tree wells, where areas of uncompressed snow form a depression around the base of a tree.

Evergreen trees are known offenders: the large and low hanging branches hold lots of snow and when it falls off, loosely packs around the base. If you ski or fall into a tree well, it can be hard to get free without help. The loose snow falls on victims, suffocating them in a matter of minutes. This situation is more likely in the United States, where ski resorts have more trees.

“If you’ve ever watched snow fall off a roof, then go out to shovel it 25 minutes later, it’s packed like cement,” said Harding Bush, associate manager of operations at Global Rescue. “People have the perception ‘I’ve got my beacon, I’m good.’ No matter what safety equipment you have, be aware of your abilities and ski accordingly.”

Kids need to get out and play, especially during the winter months. But young skiers and snowboarders are more accident prone, according to a study by the American Academy of Pediatrics (AAP).

Grade school age children are more likely to have a serious skull or facial fracture while skiing or snowboarding. Older children have twice the risk of abdominal injury. Collisions, often as a result of hitting a tree, are the most common.

Injuries, particularly in teens, are more likely to occur in the afternoon, according to the Scandinavian Journal of Trauma, Resuscitation and Emergency Medicine. Be sure to have the kids take a break (or two) during a day on the mountain so they don’t get tired and make a mistake.

If you think head protection is enough to protect you from injury on the slopes, think again.

This doesn’t mean helmets are ineffective.

“Helmets save lives, protecting you at certain speeds and conditions,” Keaveny said. “They are a cheap insurance policy — and keep your head warm.”

Part of the joy of skiing is the rush of adrenaline as you ski or ride down a mountain. Hopefully you have the skills, notes Sports Medicine Australia. Inexperienced skiers or snowboarders may not know how to choose a run suited to their skill level. This is when accidents happen, including merging onto another trail or not being able to stop to avoid a collision.

“Don’t let a friend or spouse push you into taking a trail you’re not prepared for,” Keaveny said.

Keavney also recommends avoiding terrain parks if you are a beginner.

“Terrain parks are not family ski zones,” he said. “So many accidents and collisions happen in terrain parks with children or adults who are learning to ski or ride. They may go off a jump beyond their ability and become injured or, more likely, find themselves stopping in the landing area of a jump where an expert skier or rider might inadvertently land on them.”

If you’ve never skied at a larger resort before, make sure you are ready. A few lessons will remind you of the proper techniques and the reasoning behind them. Know how to read trail markings, signs and blazes. Have your helmet and boots fitted and double check your gear.

“Obey all rules and regulations and follow the skier’s responsibility code,” Keaveny said. “Remember trail ratings are for that mountain only. A black diamond at Mount Sunapee might be equal to a blue square at Sugarloaf. I’ve heard skiers say they’ve skied black diamonds before, but a black diamond may be 800 feet long at one mountain and 2,200 feet on another mountain.”

If you’re traveling from home for a day on the mountain, purchase a travel protection services membership along with your lift ticket. Global Rescue has been the travel risk and crisis service provider to the U.S. Ski & Snowboard teams since 2006.

Get a Price Estimate