Would This Travel Crisis Ever Happen IRL? 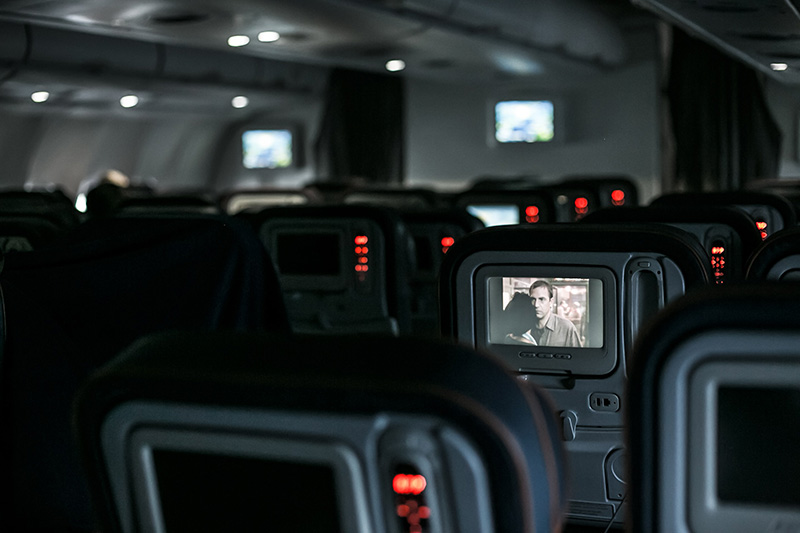 Have you ever watched a movie and thought, “Would this ever happen in real life?”

Knowing what we know at Global Rescue — the world’s leading medical, security, evacuation, travel risk and crisis management services company — we turn into armchair critics while watching emergencies play out on the big screen. Would there really be snakes on a plane? When the speed of a city bus drops below 50 MPH, would a bomb truly detonate? Is it that easy for John McClane to access a restricted area of a major metro airport?

We asked Global Rescue security, logistics and medical experts their thoughts about a few popular movies featuring an airplane emergency or an airport crisis.

Snakes on a Plane

This 2006 film featuring Samuel L. Jackson includes just about every airplane mishap possible: transport of a federal witness in danger, a dead pilot, a short-circuited air circulation system — and a wooden cargo box of venomous snakes.

In general, snakes are more afraid of you than you are of them, and they typically don’t act aggressively without provocation. But, thanks to pheromones administered by an evil villain, these snakes are looking for someone to bite.

What should you do if you’re bitten by a snake on a plane (or in a small enclosed space)? It is likely there isn’t anti-venom on hand, so experts at the Mayo Clinic suggest washing the wound with soap and water, then immobilizing the bitten area and keeping it below the level of your heart.

If there is a doctor or someone with emergency medicine training on the plane, they will monitor your vital signs, ensure your airway is unobstructed, and be prepared to treat you for anaphylaxis, nausea, vomiting and pain. Most likely you were not bit by a poisonous snake — of 3,000 snake species worldwide only about 15% are venomous.

In Die Hard 2, John McClane is waiting for his wife’s plane to land when he notices a not-so-covert Christmas package hand off in the terminal. The suspicious act kicks off a series of events — a shoot-out in a restricted area, lighting shut down on the runways and terrorists directing planes to land instead of the control tower — threatening the lives of 15,000 people in the airport and thousands of travelers on the planes in the air.

The movie was made in 1990, long before the September 11 attacks in 2001, so is it even possible for an airport or an airplane to be seized by terrorists today?

Probably not. Simple X-ray machines are now high-resolution full body scanners. You take off your shoes and extra layers of clothing, empty your pockets, and place electronics and carry-on items in a 3D-imaging X-ray machine. It’s highly unlikely a firearm would make its way into the terminal or an elderly woman could carry a working Taser onto the plane in her purse.

An NPR article notes there hasn’t been a successful attack against commercial aviation in the U.S. in the 20 years since 9/11 and “aviation security continues to evolve to address ever-changing threats, with a layered approach that involves surveillance, intelligence and technology.”

“People are very creative. The threats are very creative,” says Louis Traverzo, the Transportation Security Administration’s deputy federal security director told NPR. “It’s up to us to anticipate that.”

So could hackers really gain access to communication between aircraft and control towers and send false information to mislead pilots? Or could terrorists bring machine guns into an airport or onto a flight? Probably not, but if you are caught in an active shooter situation, Global Rescue suggests three options: run, hide or fight. 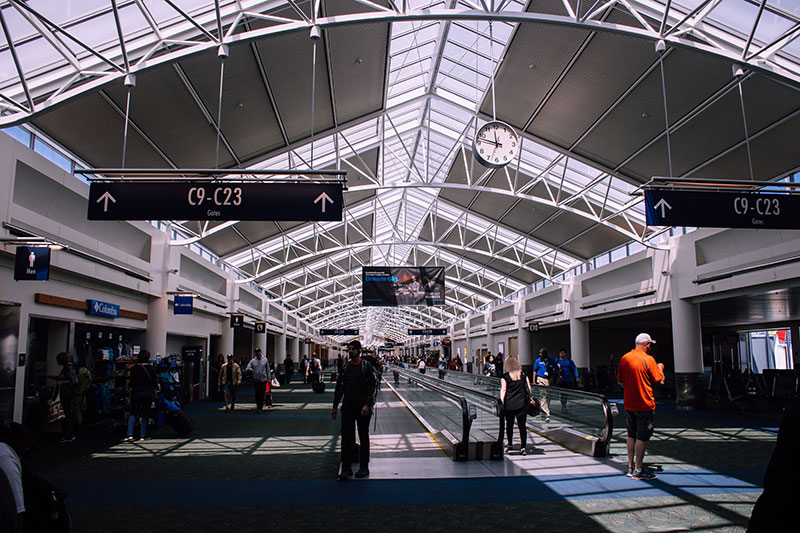 It’s a comedy of errors in this 1980 parody film. But after watching Airplane, you’ll never order the fish as an in-flight meal. “Every passenger who had fish for dinner will become violently ill in the next half hour,” the doctor explains to the flight attendant.

Is this possible? Well, it has happened: On February 3, 1975, 197 people fell ill aboard a Japan Airlines Boeing 747 on route from Anchorage, Alaska to Copenhagen, Denmark after consuming an in-flight meal contaminated with Staphylococci. After landing, 144 people needed hospitalization, making it the largest food poisoning incident aboard a commercial airliner.

The symptoms of food poisoning aren’t exactly what Airplane’s questionable doctor describes: “It starts with a slight fever and dryness of the throat. When the virus penetrates the red blood cells, the victim becomes dizzy, begins to experience an itchy rash, then the poison goes to work on the central nervous system, severe muscle spasms followed by the inevitable drooling. At this point, the entire digestive system collapses accompanied by uncontrollable flatulence. Until finally, the poor bastard is reduced to a quivering wasted piece of jelly.”

In fact, severe illness is rare. According to the Centers for Disease Control and Prevention, food poisoning is characterized by a sudden start of nausea, vomiting and stomach cramps. Most people also have diarrhea. Symptoms usually develop within 30 minutes to 8 hours after eating or drinking an item containing Staph toxin, and last no longer than one day.

How can you survive food poisoning on a plane?

Travel + Leisure magazine suggests checking your bag (or asking your seatmate) for Pepto-Bismol and alerting the flight attendant, who can give you priority seating for the airplane bathroom.

Do you ever feel like you just live in an airport? Viktor Navorksi, played by Tom Hanks in the 2002 movie The Terminal, actually does. His country, taken over by a military coup, no longer exists and he is instructed to remain at a New York airport.

Sound implausible? The movie is actually based on the true story of the man who lived in the airport for 18 years after his refugee papers were stolen. He slept on the hard plastic chairs in the Charles De Gaulle airport and shaved in the public restrooms. He relied on the kindness of others for food, and possibly ate free ketchup packet and cracker sandwiches like the Viktor character.

It’s not unheard of today — a man was arrested in January 2021 after living in Chicago’s O’Hare International Airport for three months. The airport opens early and closes late, it offers food and shelter, and it is easy to blend into the crowd. If you find yourself involuntarily stranded at an airport due to weather or cancellations, Global Rescue experts offer travel tips to make your stay as comfortable as possible.