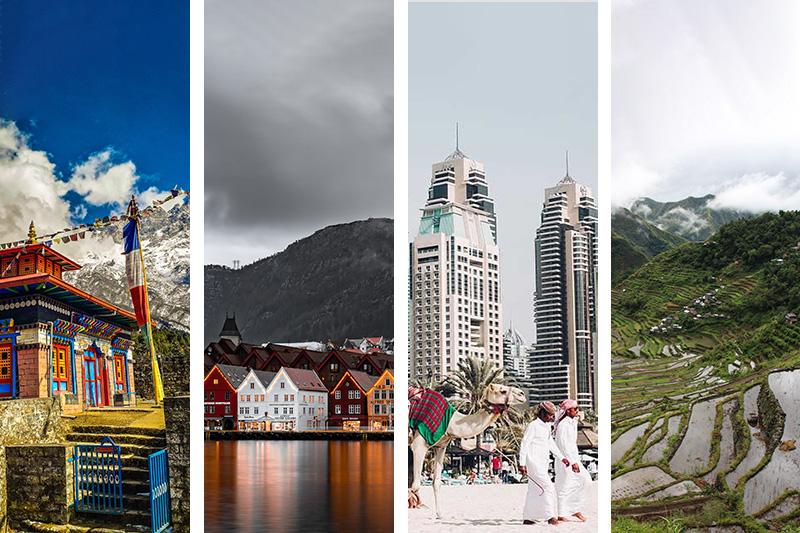 When borders are fully open to travel and the world is once again at your fingertips, where will you go? To add fuel to the world’s already rampant sense of revenge travel, we mined insights and opportunities from our well-traveled operations staff to share a different place or destination they’d visited and why they loved it.

Because if there was ever such a thing as “The Worldly Well-Traveled Club,” you can bet the Global Rescue operations team would rank as some of its most elite members.

It’s why they’re so good at what they do: With decades of emergency rescue operations experience on every continent, in nearly every country and in all climates, elevations near and far, they have seen every type of travel situation ever.

These are the kind of people you want behind you when you travel — and offering advice on where to go.

Lukla, Nepal: A Buzzing Market Town in the Shadow of Everest 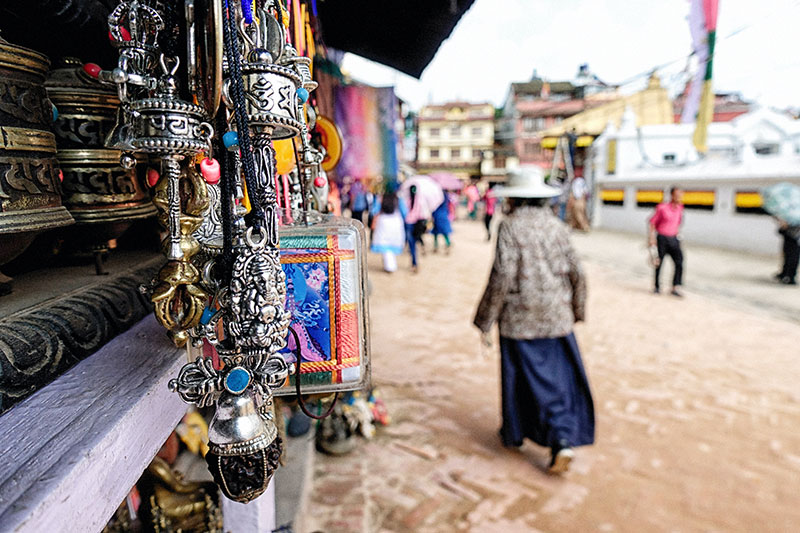 “If you’re not a serious global trekker, you probably won’t know about this tiny town in northeast Nepal. It’s where the majority of mountaineers hoping to summit Mount Everest fly in via the Tenzin-Hillary airport, infamous for its short, steep runway that slopes upward into the side of the mountain.

“The town itself is also nestled into the flank of the mountain at 9,383 feet (2,860 meters) and worth checking out simply to witness a unique slice of Everest climbing culture. Crisscrossed by small cobblestone streets, the small, colorful market buzzes with the sound of trekkers, a few internet cafes and bars, and shops hawking everything from yak hair gloves to batteries and soap. Be sure to check out Kemgon Gompa, a tiny but beautifully painted Buddhist monastery, where visitors can witness a prayer ceremony in action.” 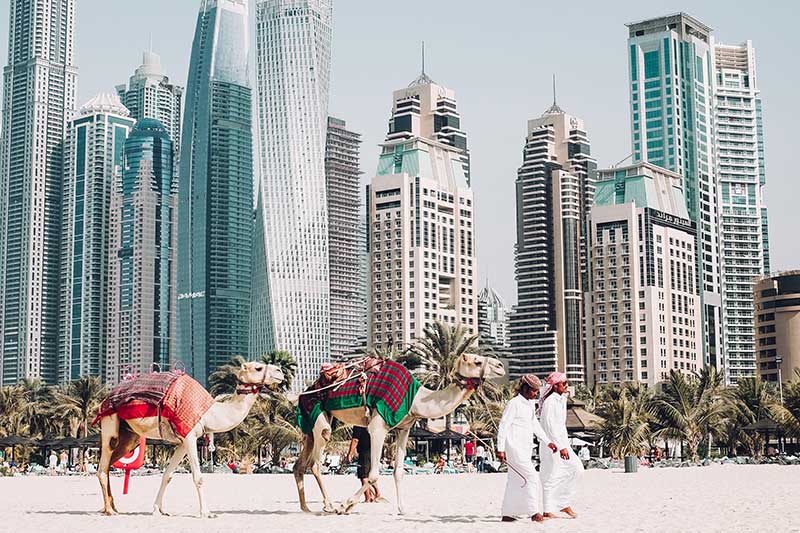 “As the most cosmopolitan city of the U.A.E., Dubai may be best known for its audaciously high buildings, glitzy shopping arcades, palm-shaped artificial islands and indoor ski slopes. But the thing that struck me most: How this futuristic city is also home to some of the friendliest people I have ever met as a whole. Everyone I had an interaction with was very helpful — they seemed genuinely happy to show a visitor the interesting and useful amenities of their city, including navigating their culturally vast amount of dining experiences. There was a true sense of pride in their country.” 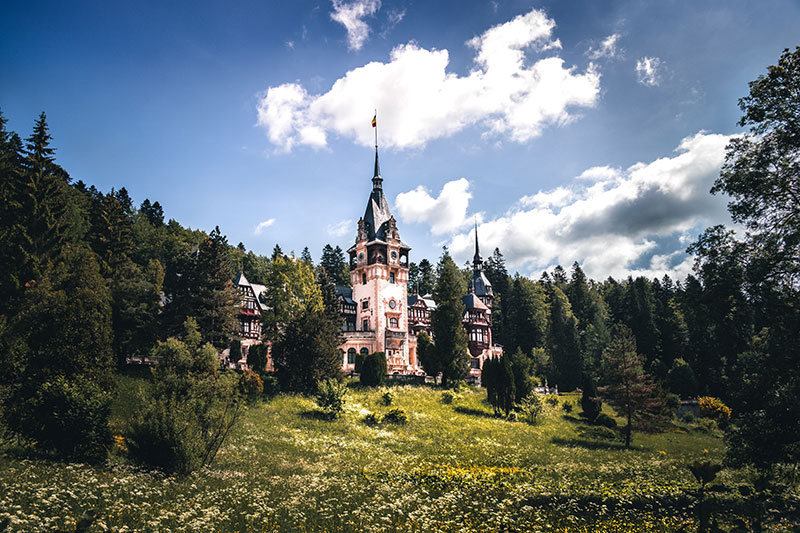 “If you are fond of castles, medieval architecture or the macabre, this lovely little town set among the stunning peaks of the Bucegi Mountains in central Romania holds some of the most striking settings that’ll make you feel like you’re in a movie. You can even visit Bucegi National Park and sing like you’re in the ‘Sound of Music.’ (I know I did.)

“Of all the notable buildings that call this area home — including Pelişor Castle, Cantacuzino Castle and Sinaia Monastery — the main must-see is Peleş Castle. The Neo-Renaissance masterpiece was built in the 19th century by Romania’s first king and is home to 160 rooms, elaborately decorated in all different styles from Art Nouveau and Imperial to Biedermeier and Rococo to Turkish and Moorish. There are opulent details: beautifully sculpted wood, stained glass windows and ceiling paintings done by Austria’s own Gustav Klimt and Frantz Matsch.” 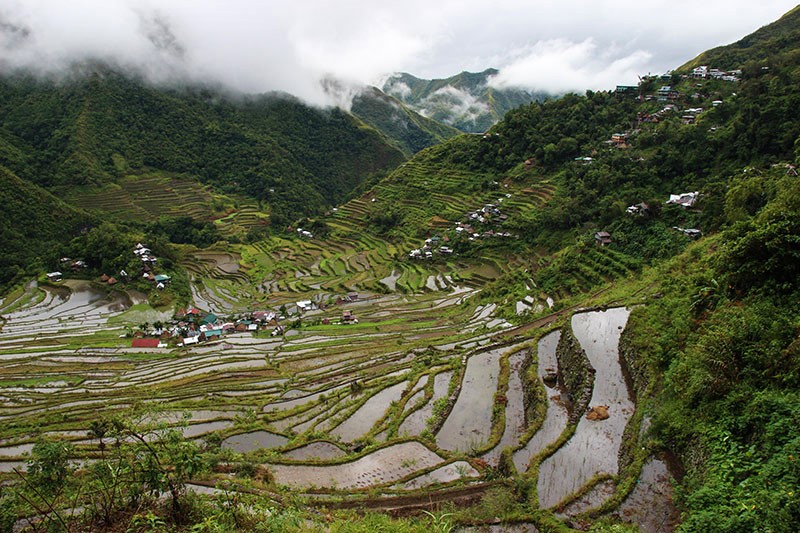 “Sagada serves as one of the most fascinating frontiers in the northern mountain ranges of the Cordilleras. From its idyllic views to rich and impactful socio-cultural significance to the Filipino people, this quiet and foggy town has attracted many travelers seeking stories and varying curiosities.

“As a self-proclaimed ‘Bilbo Baggins,’ I was naturally drawn to the promise of adventure here. I’m also a proud ‘dark traveler,’ so it’s a personal imperative to seek the unusual and seemingly unnatural when I travel — Sagada’s Hanging Coffins being the first on my list. Part of a unique burial ritual of the indigenous Igorot people, colorfully painted coffins (some up to a century old) hang suspended on the sides of the limestone cliffs.

“I also enjoyed spelunking in Sumaguing Cave (I learned how far stalactites and stalagmites could stretch one’s imagination), picking oranges in the orchards a la the ‘Barefoot Contessa,’ dancing with the natives and seeing the sunrise (above a sea of clouds) on the Kiltepan Peak Overlook. I look forward to journeying there again.” 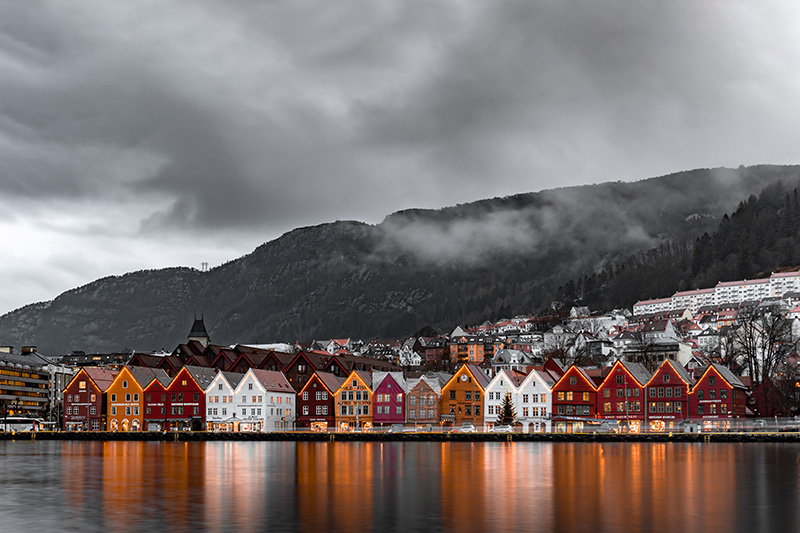 “Bergen is Norway’s northernmost, year-round warm-water port and a UNESCO World Heritage city. It’s most famous for its picturesque wharf, the oldest part of the city that sits at the bottom of a fjord.

“Punctuated by historic, colorful wooden buildings of the old Hanseatic League and modern yachts, supply, cargo, research and cruise ships, the old wharf is a reminder of the time when the city was the center of trade between Norway and the rest of Europe. You can learn all about it at the Bergenhus Fortress, a stunning grey stone castle-like structure that sits at the entrance to the harbor.”

Tokyo, Japan: A Blending of the Past & Present 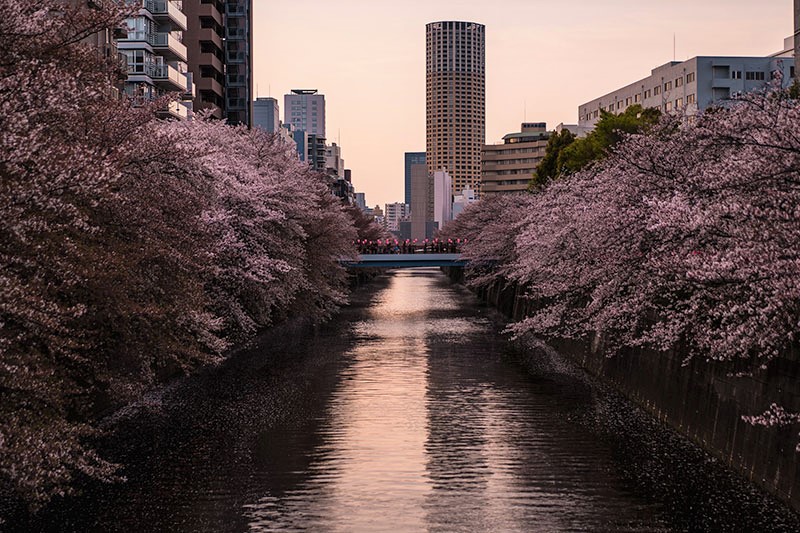 “Tokyo is a place where the old and new blend seamlessly together. Sumo tournaments, the annual cherry blossom season, temples and tea shops allow you to step back into an age long past. But you can also easily get lost in the modern dazzle of the city: the neon-lit skyscrapers of Kabukicho, where a life-sized bust of Godzilla overlooks the city from a hotel’s eighth floor; the world’s busiest intersection in Shibuya; the bullet train in Shinjuku; the tech center of Akihabara; the luxury shops and ritzy cocktail bars of Ginza.

“It’s a beautiful mixture of modern and ancient culture – the kind of place where you can easily take part in the historic bathing tradition of Onsen during the day, then go clubbing at night.” 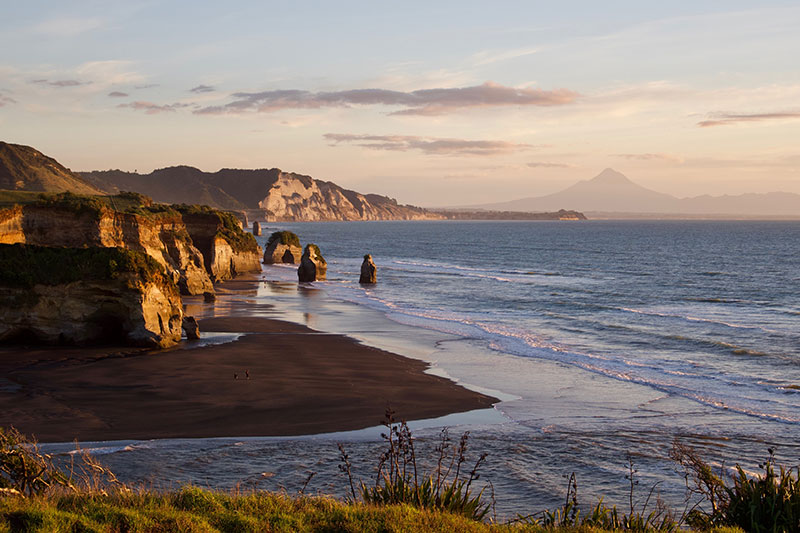 “I once rented a car and traveled from Auckland, in the heart of North Island, to Wellington in the south. Accented by beaches, vineyards and volcanoes, it’s about an eight-hour drive straight through, but we stopped and spent multiple nights in different towns along the way because there is so much to see and do.

“A few of my favorite pit stops: Hobbiton at Waikato, home to the permanent movie set created for ‘The Lord of the Rings’ and ‘The Hobbit Trilogies;’ Waitomo Caves, a magical underground experience that surrounds you with stalactites and stalagmites lit by glowworms; and Taranaki, a mecca for outdoor enthusiasts with world-class surf breaks and plenty of hiking. The final stops are mellower: Hawke’s Bay is known as wine country, whereas Wellington, with a wide variety of culture, was recently named the coolest little capital in the world by Lonely Planet.” 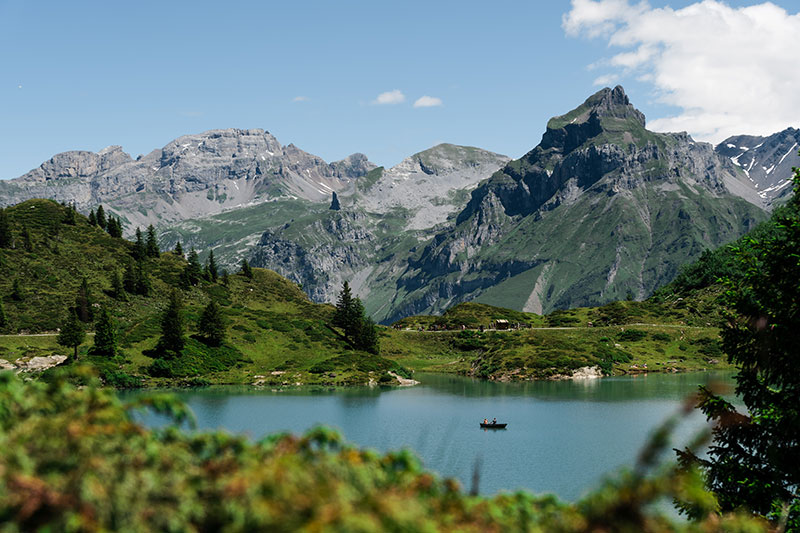 “This enchanting alpine village in central Switzerland was where I first saw, up close and personal, the best of what nature has to offer: pristine alpine ranges, the glistening Trübsee Lake and the simple (yet exquisite) experience of just being up in the mountains. It’s so serene that the only noises you hear are the clanging of the cowbells as you eat your Swiss cheese and — you guessed it — Swiss chocolates. It’s no wonder the Swiss have been named the happiest people in the world countless times in surveys; they have great views, great weather, delicious food and proximity to sports venues like skiing, snowboarding and hiking.

“For those who like more relaxed activities, you can take a cable car to the top of Mount Titlis to enjoy 360-degree views without working up a sweat. And, of course, it’s only a short drive to the city of Lucerne, where you can catch up on shopping or learn more about Swiss history.” 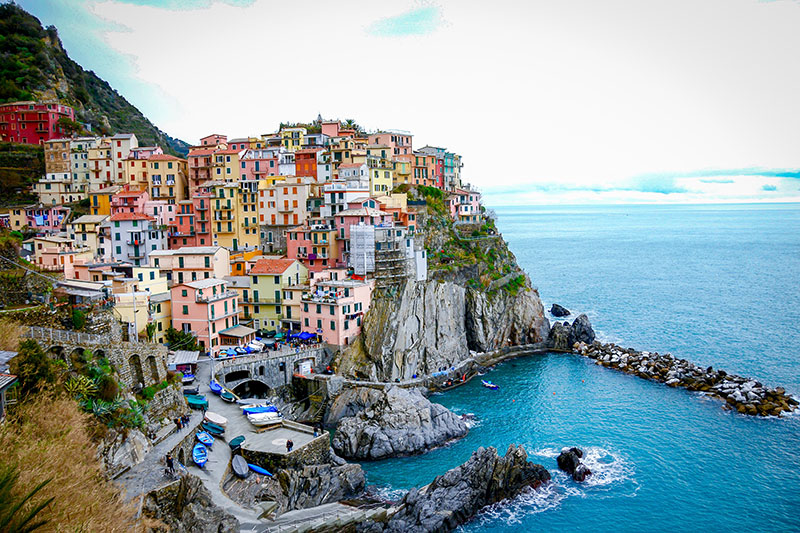 “Collectively known as Cinque Terre (which translates to “Five Lands”), this coastal area in northwest Italy strings together the five historic seaside towns of Monterosso al Mare, Vernazza, Corniglia, Manarola and Riomaggiore. Cars are outlawed in the villages, so the onlyway to visit each is by way of the Sentiero Azzuro Cliffside hiking trail, a sinuous, rocky path that traverses an old railway line along rugged rambling cliffs overlooking sweeping ocean vistas. Take it from me: Good, comfortable hiking shoes are a must.

“Each of the charming towns boast colorful buildings, centuries-old streets and little shopping stalls along the way. There are also many great little trattorias overlooking the ocean with fantastic seafood specialties.”

Beirut, Lebanon: An Easy Launch Point to the Wider Country 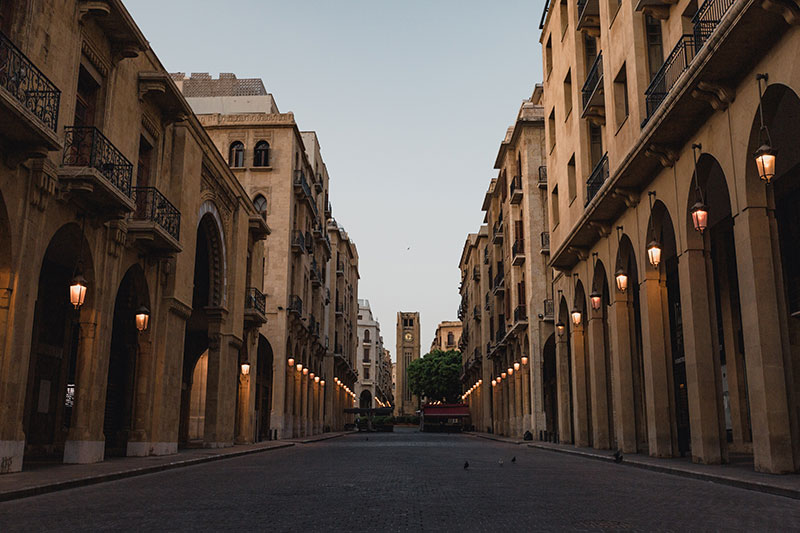 “My first visit to Lebanon was while in the military; years later, I had a month-long security assignment based in Beirut but traveled throughout the country.

“Beirut is an old and beautiful city with many cultural influences, but since it’s a small country, day trips to other parts to explore sites from the Phoenician civilization, medieval castles, Christian monasteries and antiquated city souks is easy. It’s even possible to ski 9,000-foot mountains and have a Mediterranean beach day within just a few hours of each other.

“Of course, Lebanon has often been a place of unrest and conflict, so the security situation needs to be carefully evaluated before any visit, but with preparation and planning, it’s very doable. I enjoy every visit and have made great friends there.”

Travel Safety Information at Your Fingertips

The Global Rescue Intelligence Team tracks worldwide travel risk, health and safety information, all day, every day. So when you’re ready to travel again, get peace of mind with our destination reports, harnessing up-to-date intel — everything from entry requirements, currency and common scams to travel health and personal security advice — for 215 countries and principalities worldwide. Not a member and interested in one of these international travel locations? Get access to a destination report for free on us.

Ready to Get Back to Travel?