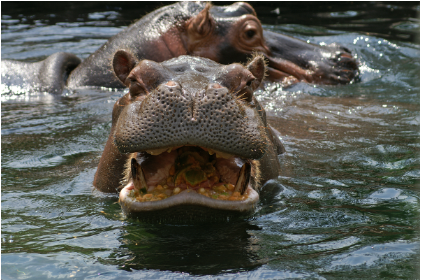 Travelers headed to Zambia this fall have expressed concern about a local outbreak of anthrax that has resulted in more than 120 suspected cases in humans. The source of the outbreak, according to the country’s Ministry of Health, is a population of diseased hippopotamuses in the Luangwa River, where 62 animals have died.

“Travelers should avoid any contact with diseased or dead animals,” advised Dr. Phil Seidenberg, the African Regional Medical Director for Global Rescue, based in Lusaka. “In particular, they should avoid hippos in rivers, and avoid eating the meat.”

Signs of the disease include skin lesions, which typically begin like any bite but progress to larger sizes and eventually ulcerate.

In addition to proper wound care, Dr. Seidenberg continued, “Doxycycline or Ciprofloxacin is the treatment of choice. If there’s a doubt or even history of possible anthrax exposure, it’s better to be safe than sorry and present to the nearest clinic and begin a course of doxycycline.

“Incidentally, many travelers to Zambia may be on it already for malaria prophylaxis. For anthrax, the dosage would be increased.”

An alert this week in the Hunting Report, a publication that covers hunting throughout Africa and the world,  stated that “the outbreak was first detected in early September and infected areas were reportedly closed. According to sources in the hunting community, the infected areas in Chama were outside of the hunting areas and mortalities in the Lower Zambezi were not officially confirmed as cases of anthrax.”

It is not uncommon to see anthrax outbreaks in certain rural areas during a drought season. In September, Bloomberg News reported that the Italian Ministry of Health identified an outbreak of anthrax in livestock just south of Naples that has killed at least 19 cattle and sheep.