Is It Safe to Travel to Europe Now? 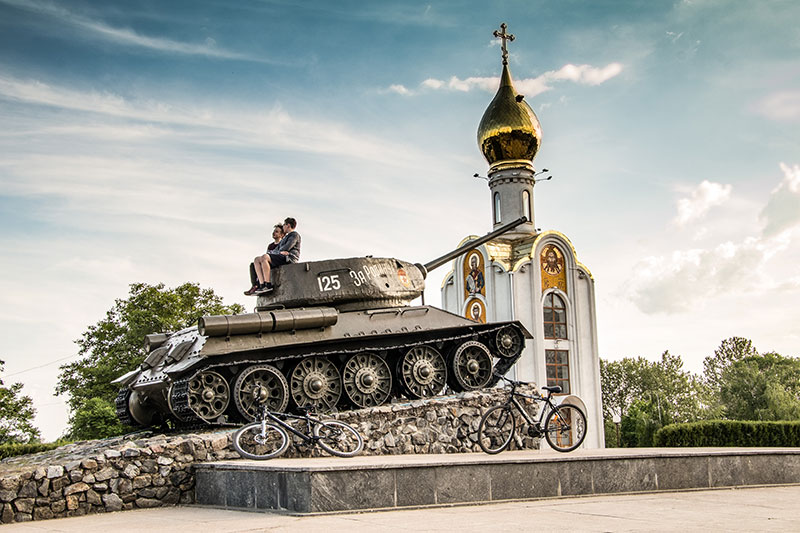 With the war in Ukraine raging, the question of “Is it safe to travel to Europe?” is one our travel intelligence analysts regularly receive. We sat down with them to set the record straight.

Just when pandemic fatigue was finally outweighing international travel fears, a new cause for pause was thrown into the mix: the war in Ukraine, which began February 24 and continues with no clear end in sight.

Now, in June, for any travelers who might be continuing to employ a wait-and-see approach regarding their summer and fall European vacations, should the war still be a top concern fueling their travel hesitation?

The best individuals to tackle that question are our team of intelligence analysts.

“It’s our round-the-clock job to ‘run the watch’ — which is a military term, but, in our case, it means 24/7 monitoring of developing international situations and risks that could affect client operations or members’ travel plans,” said Kent Webber, senior manager of Intelligence Products & Services at Global Rescue and the former senior intelligence operations officer in the Office of the Under Secretary of Defense for Intelligence, United States Pentagon.

That involves “scraping” the web for any and all breaking news, as well as soliciting input from Global Rescue’s established on-the-ground contacts, to summarize into our “travel alerts.”

[Related Reading: Travel Alerts and Why You Need Them]

So, based on this constant watch, is it safe to travel to Europe now? We tapped two of our intelligence analysts: Paisley Turner and Josh Hennessy, both with backgrounds in international relations and intelligence working at the Institute for the Study of War (ISW). Based on the intel they dig for, digest, and then disseminate to our masses of traveling members daily, here’s what you should know.

Is it safe to travel to Europe right now?

Paisley Turner: It was rational to be worried about general travel to Europe when the war first broke out (after all, we didn’t really know what Russia was going to do). But at this point, we have a better sense and our intel tells us the war is staying confined to Ukraine and its neighboring borders. So, no, I have no major concerns regarding traveling to Europe right now — especially to Western countries, such as Portugal, Spain, France, the U.K., Italy, or Germany.

Josh Hennessy: We are also seeing pro-Russian protests sporadically in places like Bulgaria, Hungary, Serbia, Estonia and Moldova. That presents a potential risk to American travelers, as you do not want to wander into one of these protests unexpectedly. Do your research and avoid those areas within those countries.

You mentioned the Balkans and some countries closer in proximity to Ukraine. But what about those countries abutting western Ukraine, specifically Poland, Slovakia or Moldova? Are these countries too close for comfort to the conflict? 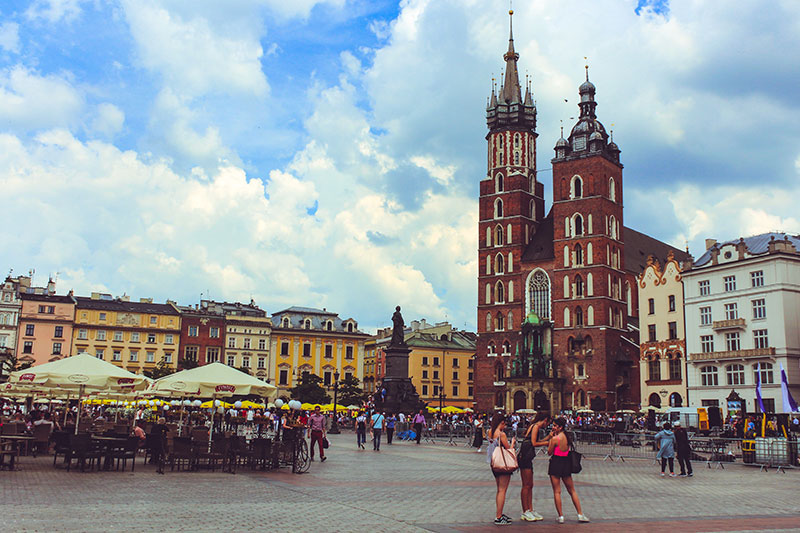 The Main Market Square in Kraków, Poland, is the nerve center of the city’s medieval Old Town.

Turner: That depends on people’s individual level of comfort, as there’s always a risk wherever you travel in the world. I can say I would feel fine going to these countries as long as I was at least 50 to 100 miles away from the border; I highly doubt an airstrike is going to miss by 50 miles. I’m not saying it’s impossible — we saw a drone crash in Croatia in March — but it would be rare and unusual. To add to that, Global Rescue hasn’t seen any request for security extractions due to military threats from our own members.

That said, the average traveler should avoid Transnistria and Belarus. Transnistria, a Russian-backed breakaway territory in Moldova bordering Ukraine, saw unexplained and unclaimed explosions in late April, sparking fears the war could be stretching beyond Ukraine’s border. As for Belarus, there has been political unrest since the 2020 election and it’s now a staging area for Russian troops and military hardware.

Hennessy: Another reason to avoid the border of Poland/Ukraine is the general chaos associated with Ukrainian refugees arriving and the large number of aid workers set up there.

Closer to the beginning of the invasion, there were reports raising questions about fallout from war-damaged nuclear reactors in Ukraine. Is this a warranted concern based on what you’re seeing?

Turner: The initial concern has passed, and, now, it’s not a reasonable issue to avoid travel to Europe at all. It’s was a concern early on when Russian troops took over the Chernobyl and Zaporizhzhia nuclear power plants. Russia was firing near these facilities and preventing workers from maintaining normal shift protocols.

Is it realistic for university officials to send their students to study abroad programs in Russia come fall?

Turner: This is unlikely from a logistical standpoint. Take, for example, the issue of money. Foreign bank cards cannot be used inside Russia and it would be unsafe, from a security standpoint, to travel there with enough cash to sustain yourself.

Hennessy: That’s correct: It’s inadvisable to travel with thousands of dollars in currency with no bank account to deposit the money into upon arrival — and you can’t open a Russian bank account because you’d be violating U.S. sanctions.

Turner: Russian flights are also banned in the West, so, logistically, to organize getting there would be difficult. Additionally, tensions are high at this time — there could be an increased risk of being targeted as an American or Westerner. The cost of certain goods has gone way up, certain medications may be in short supply — you risk running into so many problems.

Are there other ways the war is affecting international travel we should consider? 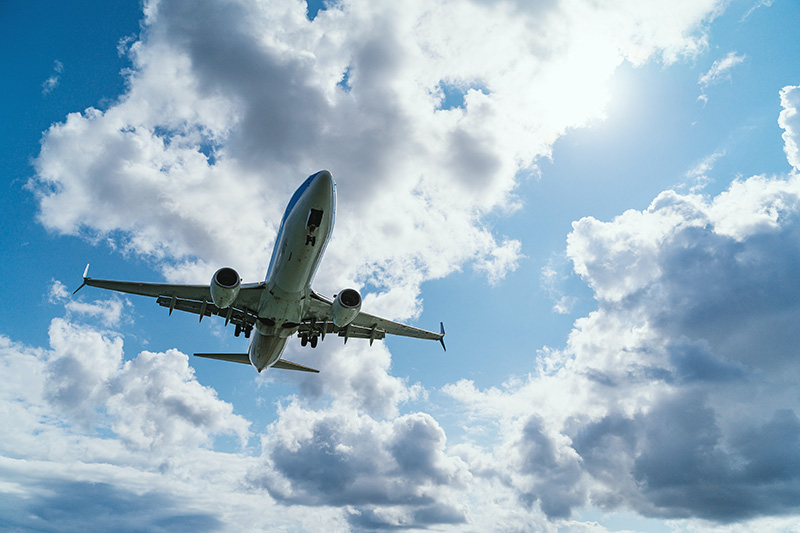 Hennessy: Countries like Poland have elevated traffic and security measures in place given the high number of refugees. We haven’t heard any reports of major incidents, but this could affect the ease of travel.

Turner: The Russian airspace closures mean flights to Asia from Europe will take longer due to rerouting. These new route flights are probably more expensive due to refueling, extended flight time and other variables.

Any other advice you have for people planning trips to Europe this summer or fall?

Turner: Don’t let the war stop your travel to Europe, especially if you already have a trip planned somewhere like London, Paris or Rome, which are thousands of miles from the war zone. Yes, there are areas you should avoid right now in Europe, but there are also so many areas you don’t need to.

Hennessy: Travel anywhere has risks — even traveling to a nearby city. Whether you’re traveling near or abroad, be prepared with a contingency plan. That includes getting a Global Rescue travel membership for emergency evacuation, for the travel intelligence and advisory to help make smart choices before and during travel.

Travel Intelligence at Your Fingertips

Our travel analysts maintain destination reports for 215 countries and principalities — and they are always accessible to members in your member portal or on your My Global Rescue App.

“They include our round-the-clock travel alerts as well as a section on general travel advisories, like the safest form of transportation once in the country, i.e., train systems, marked taxis, etc.,” added Hennessy.

Not a member? Follow us on Twitter, where we post daily abbreviated travel alerts, or check out our new Travel Information Center, home to a risk map as well as general travel safety advice.