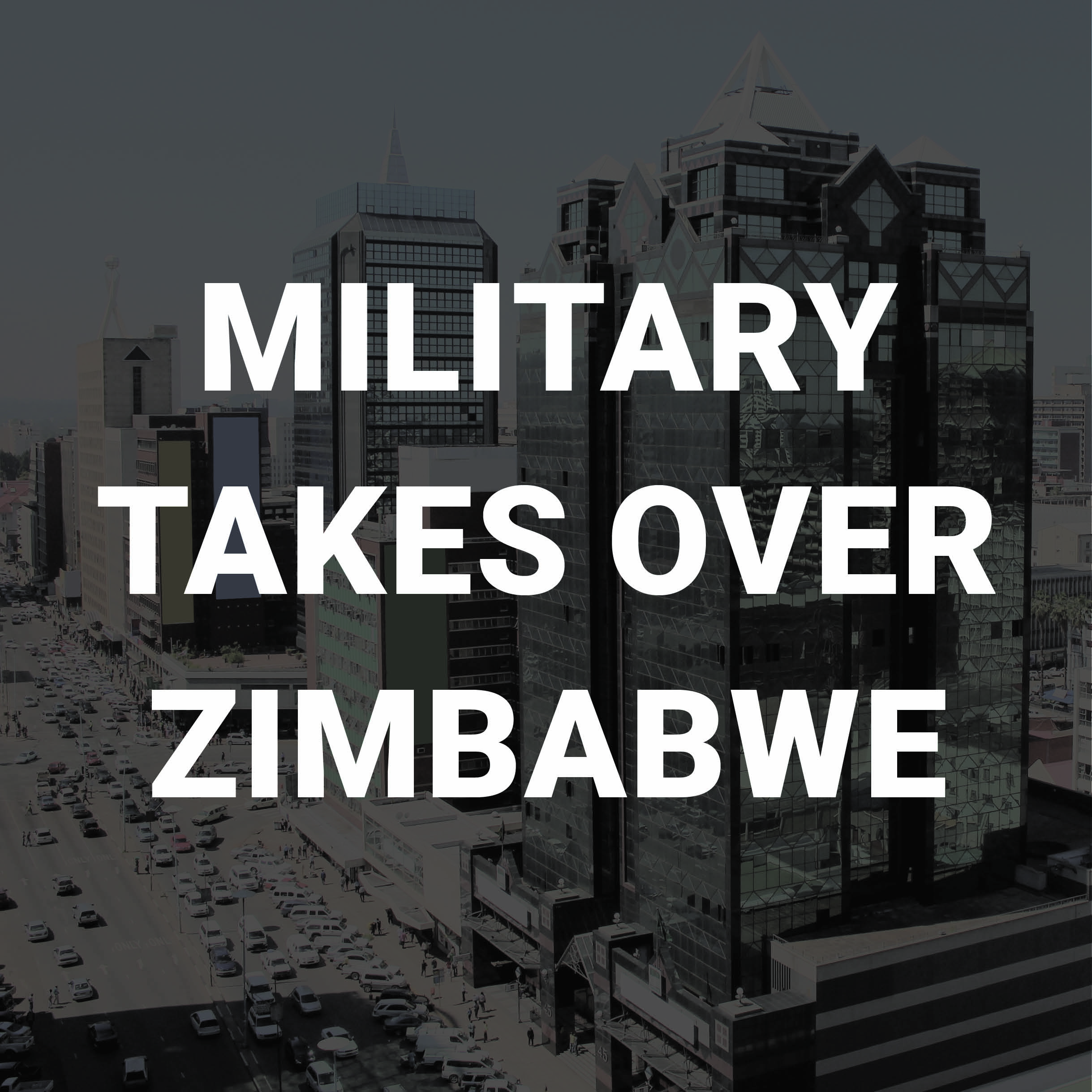 The Global Rescue Intelligence and Security Team is monitoring an ongoing situation in the capital of Zimbabwe, Harare, where a military incursion occurred early on 15 November. Below is the team’s report as of 14:00 Eastern on Wednesday, 15 November.

Zimbabwe military personnel and armored vehicles are currently blocking roads near government offices, parliament, and courts in the capital, Harare, on 15 November. Soldiers took over the headquarters of Zimbabwe’s state broadcaster, ZBC, early on 15 November and declared that the action was not a military takeover of the government, but instead an operation to target “criminals around Mugabe.” Local media has reported gunfire, explosions, and isolated clashes–some of which allegedly occurred at or near Mugabe’s private residence. Earlier, on 14 November, military forces blocked roads outside of Harare, specifically the main road from Harare to Chinhoyi, and multiple tanks were seen on other roads near the capital. South African President Jacob Zuma confirmed on 15 November that he has spoken with Mugabe and confirmed he and his family are safe but are officially confined to their home amid the detentions of senior government officials. Soldiers also have detained Zimbabwe’s finance and local government ministers.  Additionally, unconfirmed reports have indicated that an envoy sent by President Zuma to intervene in the potential crisis was turned away by heavily armed military forces at Harare International Airport (HRE). There have been no reported casualties–military or civilian–at this time.

The US Embassy in Harare released a security message on 14 November informing US citizens that the embassy will be closed on 15 November due to “ongoing political uncertainty.” According to the message, embassy staff have been urged to shelter in their residences, and the embassy will be minimally staffed on 15 November. The message further recommends that all US citizens shelter in place until further notice. The United Kingdom’s Foreign and Commonwealth Office (FCO) also released a security update urging travelers to exercise caution due to “unusual military activity.”

Multiple reports have suggested that the activity could represent an escalation in the ongoing standoff between Mugabe and the Zimbabwe military. President Mugabe fired Vice President Emmerson Mnangagwa on 6 November after he showed “traits of disloyalty,” a move that some officials viewed as a removal of a potential successor. The debate over who would succeed Mugabe had become tense in light of reports that Mugabe’s wife was being primed as to take over as President. Zimbabwe’s top general responded to the vice president’s termination on 13 November by warning that the military would not hesitate to step in if the President continued to purge against former liberation war fighters employed in the ruling party. Mugabe’s ruling party, the Zimbabwe African National Union-Patriotic Front (ZANU-PF), has called the military’s stance a “calculated attempt to disturb national peace and incite insurrection,” and declared the current military presence in Harare as an act of treason. However, Zimbabwe’s military remains firmly in control of Harare, and many are expecting the activity to be the beginning of an official transfer of power.

The military takeover on 15 November could potentially mark a monumental shift in Zimbabwe’s status quo. President Mugabe is the world’s oldest head of state and has been in power since 1980 after leading a fight for Zimbabwe’s independence. Mugabe has frequently faced accusations of political repression and economic mismanagement, and many blame him for a long list of societal breakdowns, including rampant unemployment and widespread poverty. Zimbabwe’s security situation had further devolved in recent weeks amid questions over the declining health and age of Mugabe, a potential peaceful transfer of power, and debilitating economic deficiencies.