A Travel Story: A Paragliding Crash and Evacuation in Nepal 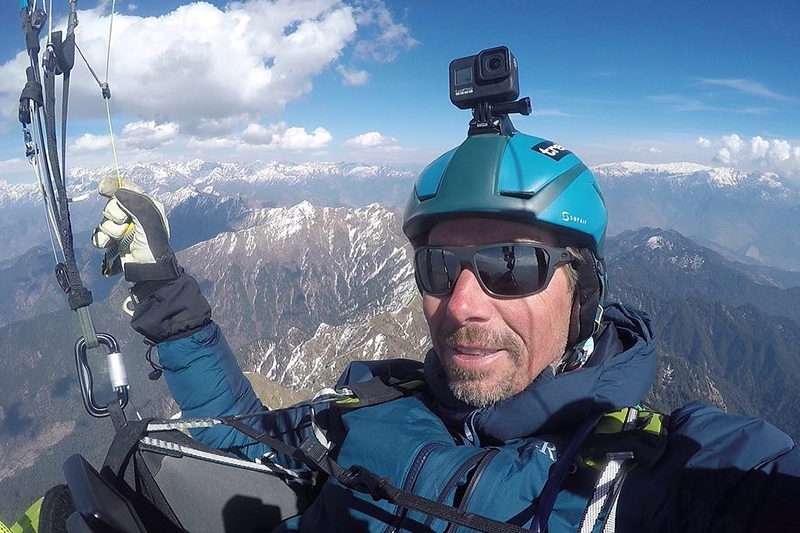 After a strong downdraft from a developing storm pushed his paraglider into a remote mountainside in The Himalayas, injured pilot Steven Mackintosh knew he couldn’t get out of the situation by himself. And it’s precisely why he’s now a Global Rescue member for life. Here’s his adventure travel story.

A crash can happen to even the most seasoned paragliding pilots. Sometimes, the conditions during the flight suddenly turn chaotic, forcing you to make an emergency landing in a spot you’d never — in your right mind — choose: trees, rocks, water. And the consequences can be critical.

That’s the situation U.K. resident and Global Rescue member Steven Mackintosh found himself in during his 2022 500-mile (800-kilometer) solo paragliding trip across Nepal. The result: A crash 55 miles (90 kilometers) west of Pokhara that left him with multiple injuries to his left side, including a broken wrist.

“It was quite a blur, but I can now recall a few moments,” he said. “And I remember thinking ‘I’m in the middle of nowhere, and I’m not going to get out of here myself.’”

But that’s why he said he’s now “signed up for Global Rescue for life.” Within a few hours, he was positioned in the back of a five-seater heli and headed to a private clinic in Pokhara. “I could’ve cried, really,” he confessed. “What a real point of relief. Things were going to get better from here.”

Bitten By the “Vol-Biv” Paragliding Bug 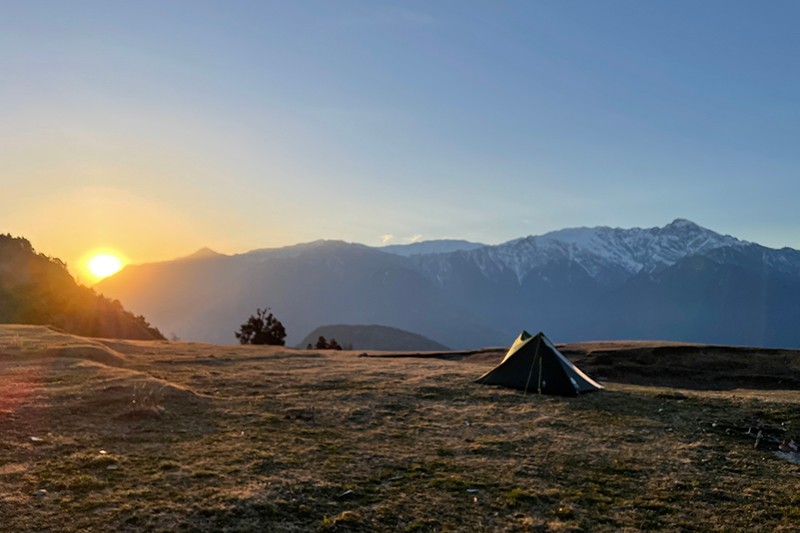 Mackintosh, whose friends refer to him as “Tosh,” is no novice paraglider — he boasts 30 years of experience under his wing. But within the last 15 years, he has fallen in love with the cross country discipline of the sport, having flown all over the U.K., different parts of Europe (extensively in the Alps), Morocco, Turkey, Columbia (“the place to be in January,” he said), even New Zealand.

In 2019, he embarked on his first vol-bivouac adventure in Nepal. Regularly shortened to just “vol-biv,” the French term translates to “fly-camping,” where cross country paragliders carry all the gear (tent, camping gear, food, etc.) they need on their backs and head off for days and weeks into the wilds.

Not only did he fall in love with vol-biv, but Nepal and its culture, too. “They’re so happy to invite you into their homes for tea and put the tilaka mark on your forehead,” he said. “I came back from that four-day paragliding trip buzzing and thinking ‘Okay, I need to do more flying out there.’”

That was precisely what he did, returning in 2020 with the plan to complete what he refers to as “The Nepal Traverse,” a flight across the length of the Nepal Himalayas, from Darchula on the far western border to Sikkim on the eastern border. “Few people have done it, and, when they have, they’ve done it in pairs,” said Mackintosh.

But Mackintosh wanted to be the first to do it solo.

Mackintosh’s first attempt at paragliding across Nepal took place in February 2020. Despite the weather being poor for flying several days, by day 21, he had reached Pokhara (about the halfway mark of his journey). “Given that COVID was really kicking off, I thought it would be foolish of me to carry on. I didn’t want to get stuck, so I decided I should head back to the U.K. while I still could,” he said.

When he resumed his mission in early 2022, he decided to start from the far western border again (rather than pick up where he left off, near Pokhara). By the end of the first week, he was flying ahead of schedule as the weather was better than it had been in 2020. “I had a couple of days where I experienced some of the best paragliding of my life,” he said.

But things took a turn on day 13. After taking off around 10:30 a.m., in an attempt to avoid a developing storm, he got stuck inside a valley he could not navigate out of. “[The valley] was probably 80% trees with a river and massive boulders at the bottom,” he said. “There were zero landing choices. I attempted to push back to the valley entrance to target some small, old paddy fields.”

That was when his glider took a massive frontal tuck — meaning the wing collapsed amid the turbulent air, and he lost critical height. After regaining control of the glider, he found himself facing a hill and two strands of power lines.

“Power lines are lethal to hit,” he said. “My decision making was to bank left, get away from the lines, and get my glider into wherever I could.” While he avoided the power lines, his right wing caught a tree, catapulting him against the hill — hard.

“I should have just flown into the tree,” Mackintosh said. “It would have been softer.”

Despite being winded, his wilderness first aid training kicked in. He knew right away his twisted, out-of-line wrist was broken, so rather than be distracted by the obvious, he moved on to a self-assessment to determine if he was bleeding, and the state of his legs, spine, back, neck and head. After, it was time to contact help.

“I’ve been carrying this Garmin inReach Mini for years,” he said. “It was surreal to flip the cap over and press the SOS button for the first time.” It was programmed with the message there may have been “a possible fall from height” and to contact Global Rescue for evacuation, plus two other points of contact (Mackintosh’s wife and brother).

When he hit the SOS, it was 1:51 p.m. local time. Within three-and-a-half hours, a helicopter was dispatched. By 6:30 p.m., Mackintosh was at the clinic in Pokhara, where they did a full inspection of his condition, including replacing the SAM Splint he had applied with a slab cast.

“I would not have been back before nightfall without Global Rescue’s input, for sure,” Mackintosh said. “And it was key for me to be hospitalized that night for pain relief, stabilization and hydration.” 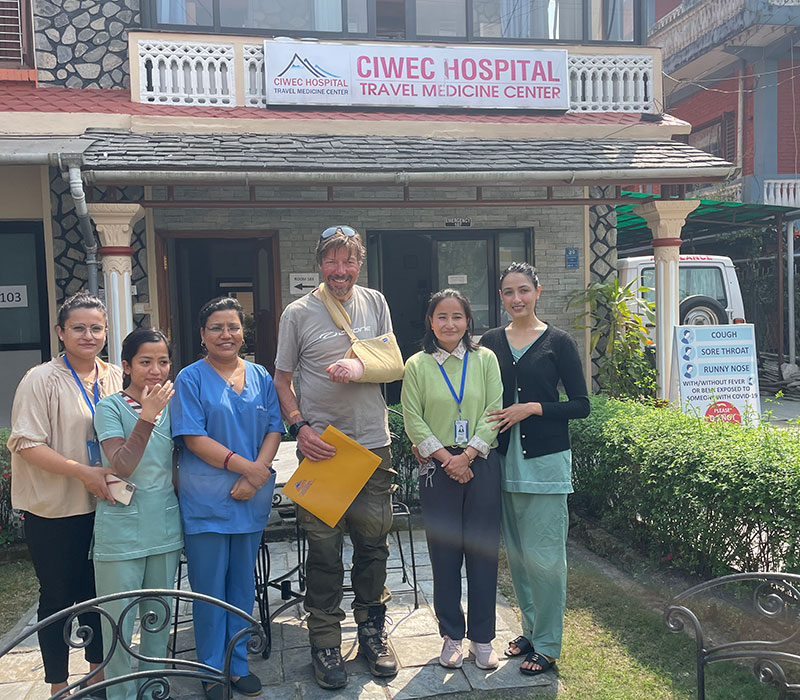 The Future of The Nepal Traverse

While a close friend flew out to Nepal to escort Mackintosh back to his home hospital, Global Rescue never left his side.

“Global Rescue kept in touch with me until my wife and daughter were driving me back from the airport,” he said. “The guys in my local paragliding circle were blown away by how [Global Rescue] operated.”

As for the future of his solo Nepal Traverse, the accident hasn’t put him off flying that kind of terrain. “It’s unfinished at the moment,” he said. “But it has the elements of another chapter.”