State Dept. travel alert for Europe: Is it safe to go? 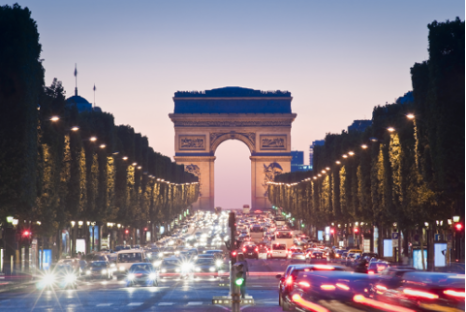 According to the Travel Alert, terrorist groups are continuing to plan attacks in the near-term in countries across Europe, particularly targeting large sporting events, tourist sites, restaurants, and transportation. The Travel Alert is scheduled to expire on 20 June 2016. In the Travel Alert, the DoS does not advise against travel to Europe, though it encourages all US citizens to exercise caution in the coming months and to avoid crowded public areas.

The DoS Travel Alert was issued following the coordinated terrorist attacks in Brussels, Belgium on 22 March that killed at least 31 people and injured 230 others. At least 11 of the fatalities were caused by two explosions at Brussels Zaventem Airport (BRU), and at least 20 were the result of a third explosion at Maelbeek/Maalbeek metro station, near the headquarters complex of the European Union Commission. The Sunni terror group the Islamic State (IS) has claimed responsibility for the attacks.

Also, on 23 March the Associated Press (AP) reported that IS has trained at least 400 fighters to target Europe in a wave of attacks. The AP cited unnamed European and Iraqi intelligence sources, in addition to a French lawmaker. It remains unclear whether this is directly linked to the DoS alert.

In addition to the latest attack in Brussels, there have been other mass casualty terrorist attacks in Europe in the past 12 years, including:

The terrorist threat in Europe differs in some respects to the terrorist threat Americans face at home. As demonstrated with the November 2015 Paris attacks and the latest attacks in Brussels, which both required a degree of planning, terrorist cells have successfully been able to coordinate with one another across borders to plan attacks. These networks can be (and have been) cross-national, further complicating coordination between intelligence and security agencies. In addition, the mass migration from the Middle East to Europe, which has represented the greatest movement of people in Europe since World War II, has continued to present immense security challenges to European governments. In the United States, however, most recent attacks have been “lone wolf” style where one or two individuals become radicalized and carry out less sophisticated attacks without a command structure or larger conspiracy. This is how the attacks in San Bernardino, California transpired in December 2015, as well as the Boston Marathon bombing in April 2013.

While travelers to Europe should take the DoS alert into account while traveling, it should not necessarily deter travel to Europe in the coming months. The threat of terrorism is not new to Europe, which has been dealing with a variety of terrorist organizations for decades. The probability of being affected by a terrorist attack when traveling abroad (and even at home) remains very small, and travelers should not necessarily let this latest threat disrupt future plans. Travelers to Europe should, however, maintain awareness of any possible future or more specific alerts and warnings put out by the government agencies.

The most important piece of advice for travelers will be to practice patience and account for longer wait times at airports and train stations.  In order to reduce these wait times, and reduce the amount of time travelers will spend outside of security, travelers should:

Prior to travelling, always conduct research on your destination.  Most governments offer up-to-date travel alerts and restrictions on their foreign office’s website or Twitter feed. Many offer an email alert subscription as well. Register your travel with your embassy’s travel notification program so you will be kept informed of any alerts.

While traveling within a city, consider using taxi or ride sharing services (such as Uber) to reduce exposure to crowds and large gatherings. Always have local currency and an ATM or credit card available. This will allow you to pay for transportation and other needs in the event of an emergency. Also, always have a paper map available to use in the event cellular and/or internet connection is limited and you need to navigate across the city. Ensure your travel companions are using the same map. Local maps are often provided by hotels.

Have a plan to communicate with someone back home, in case of emergency or in the event of a crisis or attack.  Cellular networks can become quickly overwhelmed, as was the case in Brussels and Paris immediately following the attacks, so having alternate means of communication is a must.

Lastly, if travelers should find themselves in a dangerous situation, remember to move away from the area as quickly and safely as possible. Follow all instructions from emergency personnel, and do not attempt to return to the scene to help or gawk. Remember that your life is not worth recovering luggage or capturing a cellphone video.