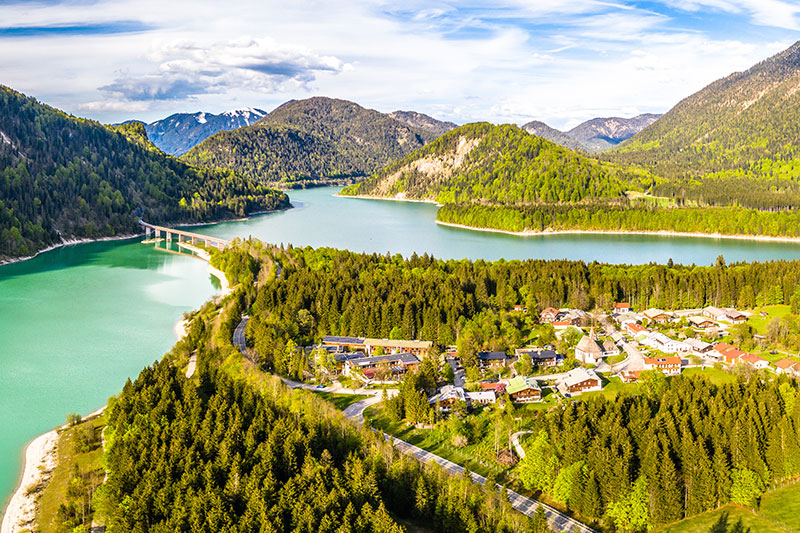 Bicycle accidents peaked in the U.S. since the pandemic started, but, in Europe, the accident rate has remained steady. So, when New Hampshire residents Craig and Jeri Cohen set out on a tandem for a cycling tour in Upper Bavaria, Germany, they expected to gently roll along river valleys and challenge themselves with hilly routes while enjoying the scenic lakes, forested mountain ranges and panoramic views of the Alps.

“We were on the first hour of the first day of our bike-riding trip. It was pouring rain but we decided ‘what the hell,’ we’ll go slowly,” said Craig Cohen, a retired maxillofacial surgeon.

The downpour made it tough to see. “The visibility was not good,” said Jeri Cohen, who was the CFO for her husband’s office before retiring herself.

The duo was making a transition on their tandem bike from the road to a bike path. But unbeknownst to the Cohens, the cycle path had a one-inch mini-curb.

“We’ve done a lot of cycling across Europe but we’d never come across this,” Craig said, referring to the tiny barrier.

As they made the transition from the road to the path, the front bike wheel hit the curb at an oblique angle and, combined with the wet road, toppled the tandem bike and sent the Cohens crashing headlong to the ground.

“We hit the pavement hard.” 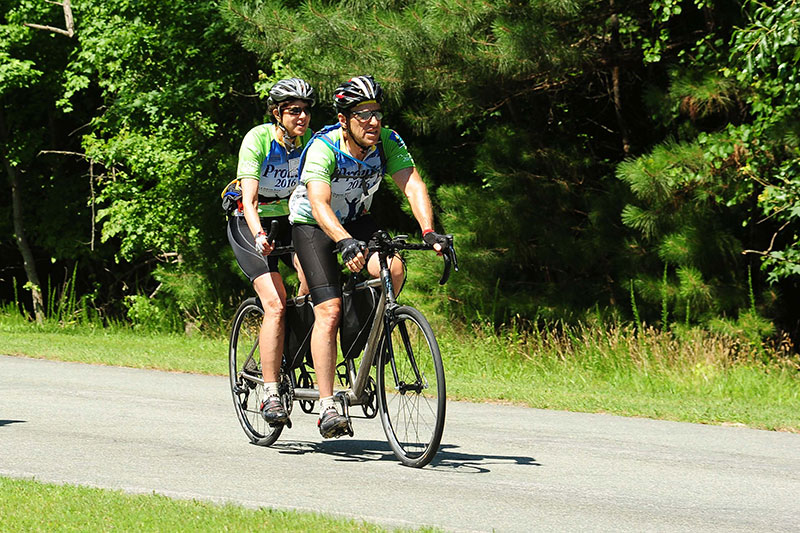 Craig was lucky to receive only a small scrape on his knee and a bruise on his hip. Jeri got the worst of it sustaining a fractured pelvis, cuts and bruises on her face.

“Her riding glasses were smashed into her left eyebrow and left a huge bruise. Over the next couple of days, the bruise spread across her brow and down the side of her cheek to her neck.”

Both riders were wearing helmets, which protected them from more serious injuries but were damaged by the crash. “Our helmets were scuffed up and had sizeable dents in them. I guess we’ll have to buy new ones, now,” he said.

Initially, Jeri didn’t think she needed an ambulance. When the touring group’s chase van pulled up moments after the accident, she rode it back to the hotel. Soon after her arrival, however, Jeri realized she couldn’t put weight on her feet. That’s when she and her husband called Global Rescue and an ambulance.

Medical staff admitted Jeri to the hospital and imaging technicians took X-rays. Thankfully, there were no signs of a concussion or head injury, but she could not stand or walk. Jeri quickly learned she had a fractured pelvis, but her diagnosis for recovery was unclear. Medical practices can vary from one country to the next.

“In the U.S., this kind of pelvic fracture would not necessarily require hospitalization. The doctors in the Bavarian hospital had already admitted Jeri. She was there for three days and they wanted to keep her longer,” Craig said. “I was thankful for Global Rescue. Ultimately, having another set of eyes from Global Rescue’s medical team reviewing what was going on really helped.”

Global Rescue operations got all the medical information and immediately started reviewing the X-rays, medical records, and related documents. “It was very comforting to know that there was some oversight of what was going on,” he said.

“Jeri and I have studied some German so we have a rudimentary knowledge of the language but once you’re stressed with something like this plus having to deal with medical terms we were really out of our element,” Craig said.

Although some of the hospital staff spoke passable English, not everyone did. “Sometimes you didn’t quite know if they were telling you the correct story due to the language barriers,” he said.

Global Rescue Manages Their Logistics To Get Them Back Home 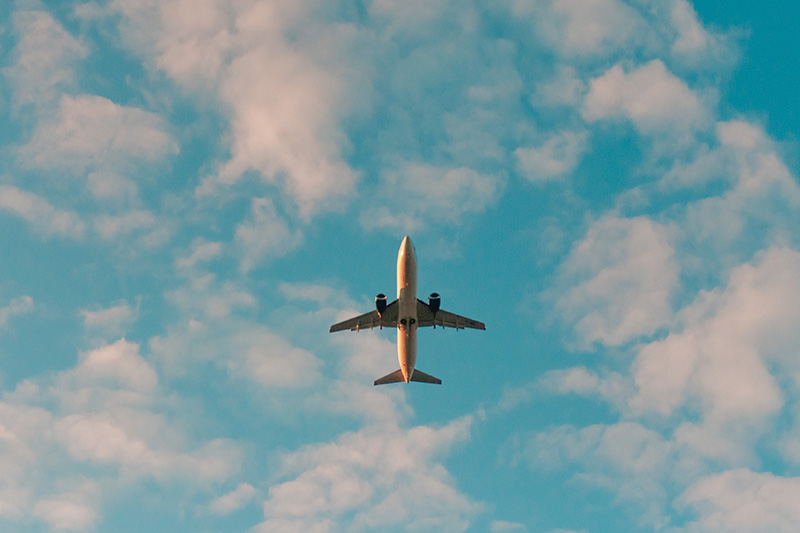 Following multiple consultations, Jeri was discharged from the hospital. She spent a few extra days healing before departing for home. That’s when a new set of non-medical challenges popped up.

“Having Global Rescue as our advocate and liaison working with the hospital physicians and our airline really smoothed things out for us,” Jeri said. “We had no clue whatsoever that we had to get authorization from our airline to fly back home. That was something else that Global Rescue took care of for us,” she said.

The Cohens didn’t know there was anything special that had to be done in advance of their return trip to the U.S. “Originally, the German doctor overseeing my care wanted me to fly on a stretcher, which you can’t do on a commercial airline. That was another thing Global Rescue ironed out for us by working with the airline officials who ultimately okayed the flight for me without needing a stretcher. I was okay sitting in a seat,” she said.

Global Rescue additionally provided ground transport for the couple from the hotel in Munich to the airport and then another ground transport leg from Boston Logan airport back to their home in New Hampshire.

“As the husband of the person who is injured, there were so many things going on that Global Rescue took off our plate, it was merciful. I didn’t have to arrange drivers, transports, fit to fly requirements or anything like that. Global Rescue took care of it all,” he said.

Jeri is well on the road to recovery and eager to get back to cycling. “We’re going to get up and get traveling again, and I’m going to get on that bike again, too,” she said.

Craig is eager, too, but also grateful for the support. “Just knowing I can pick up the phone and speak with someone immediately was very reassuring and helped a lot. I didn’t feel like I was hanging out there on a wire without a net,” he said.

Jeri agreed. “We’ve been talking to all our friends and telling them what a lifesaver Global Rescue is.”