A Travel Story: The International Fishing Trip That Got Away 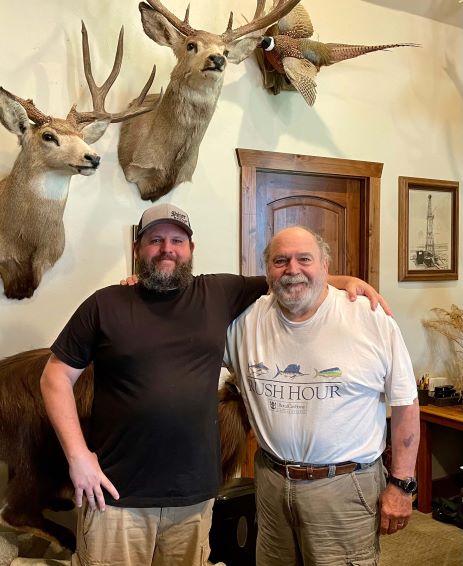 When a member received an emergency pacemaker during a deep sea fishing trip in Costa Rica Global Rescue deployed a paramedic to provide a medical escort from hospital bedside to the member’s home country hospital of choice.

An international trip combining tropical adventures at sea as well as rest and relaxation in a paradise setting is an infrequent occurrence, especially if you’re the father and son of a Texas-based, family-run energy business. When Johnnie Odum and his adult son Bryce finally boarded an international flight from Texas to Central America, they knew their deep sea fishing in Costa Rica was going to be a special one.

“My son and I try to hunt and fish as often as we can, but running a business together doesn’t allow much time. This was a special trip for both of us,” said Odum.

The twosome was bound for the Zancudo, a Global Rescue Safe Travel Partner located in Golfito on the Pavon Bay on the western coast of Costa Rica. The region is surrounded by idyllic jungle foliage, pristine beaches and great fishing. Zanduco is renowned for its inshore and offshore sportfishing and has set more than 70 International Game Fish Association (IGFA) records.

“We were planning to go deep-sea fishing for four days, some inshore casting for bluefin, amberjack and rooster fish for a few days, and finally do some sightseeing for a day or so. We were fishing for whatever we could catch, hopefully, sailfish and – if we got lucky – a tuna,” Odum said. 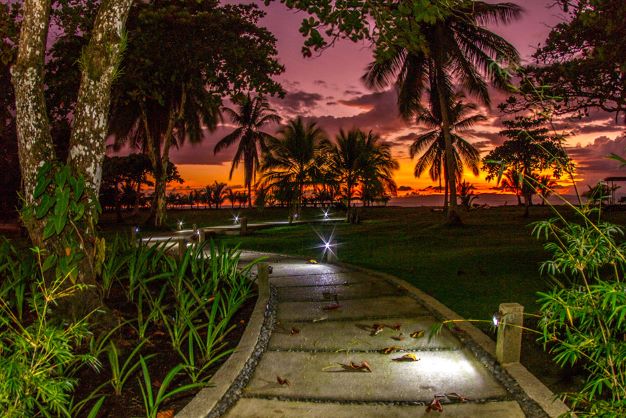 During the international flight from the U.S. to Costa Rica, Johnnie Odum experienced three heart-related incidents on the plane.

“It felt like a blackout. I didn’t know what was going on. Neither did my son or the flight attendants. I learned later my heart was stopping for a few seconds and then re-starting periodically,” he said.

The duo landed in San Jose, the capital of Costa Rica. They were scheduled to take a short flight to Golfito the next day, but they were uncertain about the severity of the incidents. The Odums went directly to a hotel, which turned out to be fortuitous.

“As soon as we got to the hotel in San Jose, I asked my son to go to the front desk and call an ambulance. I knew I needed to go to the hospital,” he said.

What’s emergency care in Costa Rica like? Fortunately, the country has one of the best health care systems in Central America. Odum was taken to a local hospital with a good reputation. The medical staff immediately took him to the emergency room after he explained his symptoms.

“They hooked me up to an EKG. The doctors confirmed my heart was not behaving properly. I even had another incident while I was on the EKG monitor,” he said.

A palpitation — like a skipped, extra or irregular heartbeat — is a type of abnormal heart rhythm or arrhythmia. It occurs when an electrical signal fires from the wrong place at the wrong time, causing the heart to beat out of rhythm.

It was quickly determined that Odum would need to have a pacemaker implanted immediately. The procedure was successful and he stayed in the hospital for 10 days to recover and receive treatment to stabilize his elevated blood pressure.

“While I was hospitalized, Bryce contacted my wife and she called Global Rescue. The next thing I knew, a Global Rescue paramedic showed up at my bedside to monitor my condition, confer with the hospital medical team, and ultimately be my medical escort back to my home hospital of choice in Texas,” he said.

After a few days, Odum was cleared fit to fly and the Global Rescue paramedic and operations team arranged the return trip home.

“The paramedic stayed with me the entire time: from my bedside through the flight home and the ground transport from the airport to the Texas hospital. He monitored my blood pressure and other vitals regularly to make certain I wasn’t in distress,” Odum said.

Once Odum arrived at his home hospital of choice, a Global Rescue medical escort remained on site throughout the hospital admitting process and made certain to brief the receiving medical staff, especially regarding the blood pressure issues.

“I was relieved to have a paramedic with me. I needed one and was glad to have him. He sat right next to me the whole way and checked my blood pressure to make sure I was still stable. That was a great reassurance. He was making decisions and I didn’t have to worry about anything. It was terrific,” Odum said.

He stayed at the cardiac care facility for three days to stabilize his blood pressure before being discharged.

“I’ve been a Global Rescue member for many years, ever since my first trip to Africa. The travel protection and medical evacuation services Global Rescue provides make sense. I never thought I would need it but it was a relief to have it,” he said. “I tell all my friends and family they should become Global Rescue members because they take good care of you and you never know what’s ahead.”

Pack Your Peace of Mind

Protecting Your Eyes from Snow Blindness Mark Pattison, a former NFL player, successfully climbed Mount Everest in 2021 despite suffering from a case of snow blindness on summit day. He couldn’t see out of one of his eyes.   “When we woke up that morning and started our climb at 12:30, it was awful, we had snow and sleet coming across, blowing […] Read More
Tips for Disability Travel If you are traveling with a disability, planning a trip—especially internationally—can be met with daunting obstacles. Disabled travel is a reality experienced by most of the millions of disabled people who travel each year.     A recent report by MMGY Global, Portrait of Travelers with Disabilities: Mobility and Accessibility revealed that “nearly all (96%) of […] Read More

Protecting Your Eyes from Snow Blindness
Mark Pattison, a former NFL player, successfully climbed Mount Everest in 2...
Read More
Tips for Disability Travel
If you are traveling with a disability, planning a trip—especially intern...
Read More
Travel Stories: COVID on a French River Cruise
Contracting COVID-19 is nothing to shrug off. It’s a serious disease, esp...
Read More
This site uses cookies. By continuing to use our site, you are agreeing to our Privacy Policy OK
Download the complete Risk Assessment
CONTACT US
LEGAL NOTICE