Heli-Skiing: A Skier’s Trip of a Lifetime — Is It Extreme or Safe? 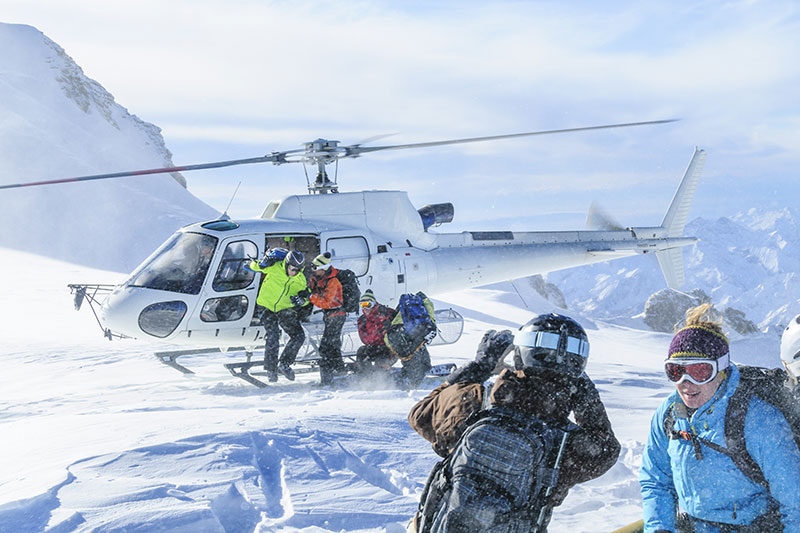 Heli-Skiing: A Skier’s Trip of a Lifetime — Is It Extreme or Safe? is part of the Global Rescue “No Restrictions” series, where we take a look at extreme sports and activities that many of our members have taken part in, or plan to. Unlike other providers, Global Rescue memberships do not exclude or restrict adventure activities, whether paragliding, cave diving, kiteboarding, sky diving, heli-skiing, BASE jumping and beyond.

Tired of long lift lines, crowded trails, and mediocre powder conditions? Perhaps heli-skiing is for you. All you need is a helicopter, a pilot and access to normally unreachable snowy mountains. Sort of.

“Helicopter skiing offers the experienced skier exclusive access to the terrain beyond the ski lifts with steeper, longer runs in often pristine powder snow conditions,” said Harding Bush, operations manager for Global Rescue and a former Navy SEAL with extensive expertise in mountain and cold weather operations. “The requirements for heli-skiing include the helicopter, the pilot and guides, advanced skiing ability, a bit of bravery, and money.”

Heli-skiing is off-trail, downhill skiing or snowboarding that is done without using a ski lift. It all started more than half a century ago when the first helicopters were employed to visit isolated areas in Alaska and Europe. Austrian-born mountaineer, Hans Gmoser, marketed the activity in Canada in 1965 by integrating housing, transportation, and guiding into one package. Since then, heli-skiing has become widely available, except in France, Austria and Germany where it is banned.

How Risky is Heli-Skiing? 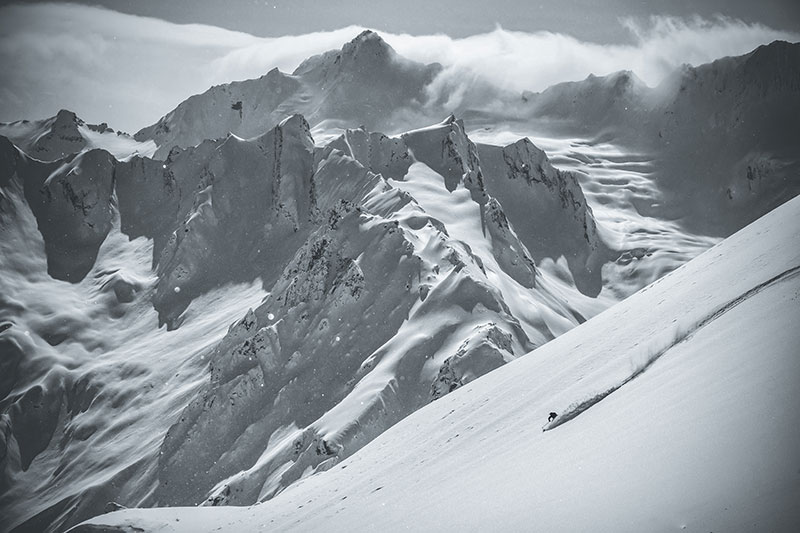 Heli-skiing is considered by some as an “extreme” sport. Is it? Stu Richards, a senior vice president at Global Rescue, is an avid skier who has heli-skied since the 1980s. He doesn’t consider the sport extreme:

“You have to be an experienced powder skier for heli-skiing, but you don’t have to be an expert skier. There are risks with heli-skiing that you don’t encounter with resort skiing. The helicopter must be dependable, your guide must have sound judgment, you have to make certain you’re skiing terrain that matches your skill level, and you must be prepared for the potential of natural disasters like an avalanche and sudden, dangerous weather changes.”

Global Rescue member and frequent heli-skier, Richard Jorgensen, says heli-skiing is not the extreme sport people may think. “It can be quite safe and accessible depending on what tour operator and guide you go with, and the skill level of skiers who are in your group. The heli-skiing risk factors are the same as they have been for the last five-to-10 years.”

Graham agrees. “There is more heli-skiing opportunity and accessibility but the terrain still requires a high level of skiing ability. Having an experienced guide with a reputable operator who can assess your ability and match it to the terrain you ski is a must,” he said.

Heli-skiing requires an enhanced level of safety awareness compared to resort skiing. “You need to know your skiing abilities and then adhere to the direction of the guides and helicopter crew,” Bush said. “There are hazards in the backcountry that aren’t typical at a groomed resort with ski patrols and lift-service.”

Bush says skiing ungroomed terrain can be challenging because all deep snow is not light and fluffy powder. He recommends taking extra time to discuss risk mitigation and consider using avalanche safety equipment like beacons, probes, and airbags.

“While helicopter skiing, you need to think more like a mountaineer than a skier,” he said. 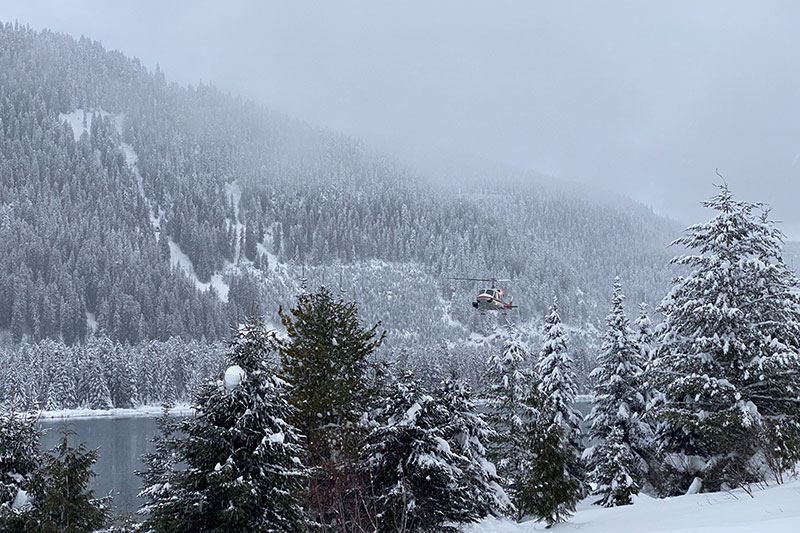 Is heli-skiing available only to the “wealthy” or has it become more affordable? “Skiing is an expensive sport and heli-skiing ain’t cheap but there are many more options today to manage the cost,” Richards said. “You can heli-ski at remote lodges for a week or more for tens of thousands of dollars and you can also heli-ski one run at a time for a couple of hundred dollars per run. If you can resort ski for a week then you can probably heli-ski for a day.”

Silverton Mountain is the only heli-operator in the continental U.S. offering single heli-ski runs for $184 per person per drop. That won’t include your lodging, or anything else. Traditional heli-skiing packages, like ones with Canadian Mountain Holidays in British Columbia, Canada, will cost about $1,300+ per day and includes room, meals. non-alcoholic beverages, certified guides and helicopter pilots.

Graham confirms that heli-skiing remains one of the most expensive ways to access backcountry ski terrain, but he notes there are alternatives. “With cat-skiing — where skiers and snowboarders ride in a multi-person cab on a snowcat machine and are taken to remote, pristine mountain areas to ski and ride — the cost is greatly reduced and bridges the gap between resort lift ticket costs and heli-skiing expenses,” he said.

But Graham admits heli-skiing is unparalleled, and the cost covers essential requirements. “The experience is unmatched. You’re paying for helicopter time, the pre-arrival avalanche mitigation work, and accommodations. It’s a bucket list item for most avid skiers,” he said.

Jorgenson says the cost to heli-ski is climbing. “It’s getting more expensive, just like everything else in the world.” But he believes heli-skiing may be more popular since the pandemic because it satisfies people’s desire for outdoor activities while physically distancing from strangers. “There may be more pent-up desire. Most places are pretty booked up if they are open,” he said.

Graham concurs but believes the allure for heli-skiing had been growing before the pandemic. “Skiers exploring the backcountry have been increasing for a while. It’s exponential growth. Heli-skiing is a part of that discovery,” he said. “Retail ski brands are seeing unprecedented demand for gear that allows for these backcountry adventures, with most of them selling out of these products for the past two consecutive years,” he added.

Heli-skiing is worldwide. “Italy and Switzerland are the main venues, but you can do it in the Spanish Pyrenees and the north of Sweden,” according to The Times of London. But the most exciting experiences are in remote locations like the Bugaboo, Selkirk and Monashee ranges of Canada, along with Chile, Argentina and New Zealand or even India and Kashmir, Russia, Georgia and far-flung corners of the former USSR, according to the report. 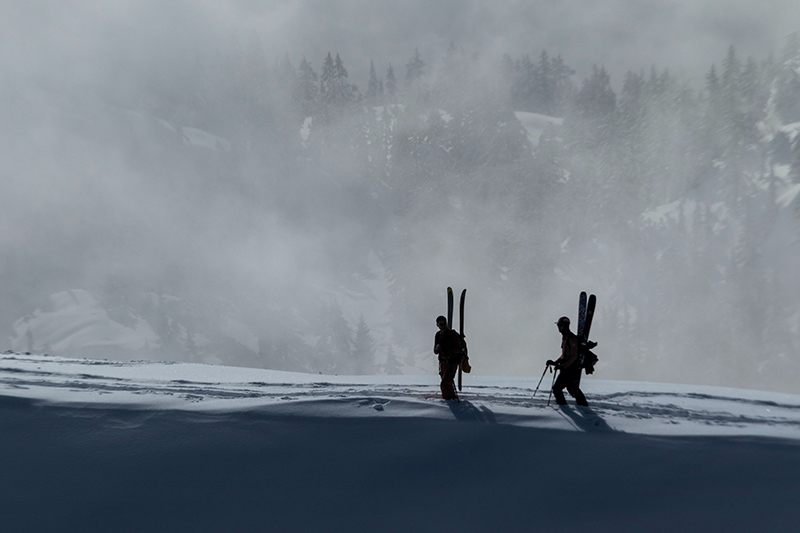 Some of the top heli-ski areas are:

Whether you’re heli-skiing, paragliding, BASE jumping, cave diving, or kiteboarding, remember to plan, prepare and get a Global Rescue membership for peace of mind. Unlike other providers, Global Rescue memberships do not exclude or restrict adventure activities — like heli-skiing, backcountry skiing, cat-skiing or cross-country skiing — from membership. We don’t exclude any activity whether it’s heli-skiing, paragliding, BASE jumping, cave diving, kiteboarding or anything else. It’s part of our No Restrictions approach to travel, and that includes COVID-19, too.