A Travel Story: Journey to the Middle of Nowhere 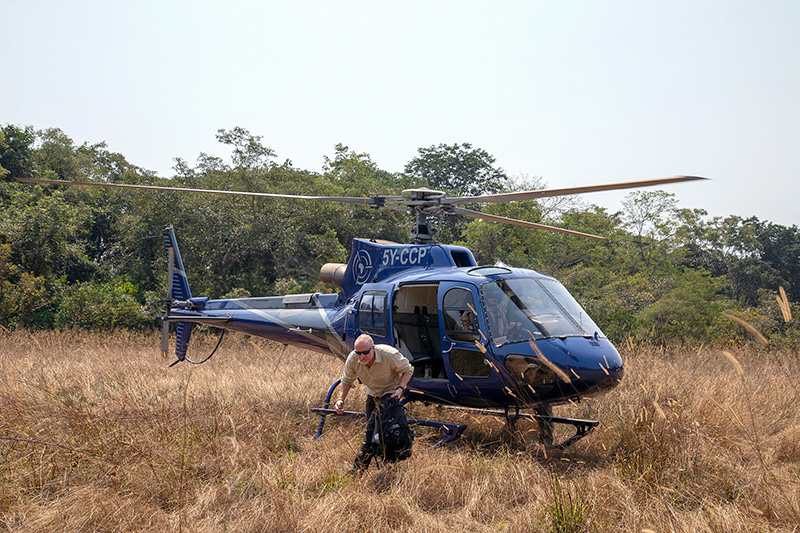 Chris Brown, an explorer with the goal of reaching all seven Poles of Inaccessibility, hired Global Rescue security and operation experts to guide his Africa trip.

Chris Brown, an inveterate explorer and adventurer from the United Kingdom, knew about the Seven Summits Challenge, where people set a goal to climb the highest mountain on each of the seven continents.

But the idea wasn’t for him.

Instead, he turned the concept into his version of the Seven Summits: The Seven Poles of Inaccessibility.

There is one pole on each of the five largest land masses on Earth (North America, South America, Africa, Eurasia and Australia) and the two frozen poles (Northern and Southern).

Brown’s goal is to become the first person to visit all seven.

“I’m an explorer at heart,” Brown said. “I would have loved to have lived years ago when countries were being discovered or years in the future when we might be exploring planets. For now, I make do with the corners of the Earth that may not have been visited by many people. It’s not so much about the actual remoteness but the journey getting there and the people I meet along the way.”

His next bid: African Pole of Inaccessibility.

“At first sight, the trip didn’t seem too difficult.  I’d take a regular flight to the capital, Bangui, hire a car, and drive Route National Number 2 to the township of Obo,” Brown said. “I’d overnight at a hotel and, the next day, drive a track shown on Google maps to a location close to the pole, then travel through the jungle to the pole. Of course, I’d need local help for the last part, but it all seemed so possible.”

Research quickly proved this pole was located not only in the hardest part of the continent to reach, but close to one of Africa’s more politically contentious border intersections: the tripoint meeting of the Central African Republic (CAR), the Democratic Republic of the Congo and South Sudan. 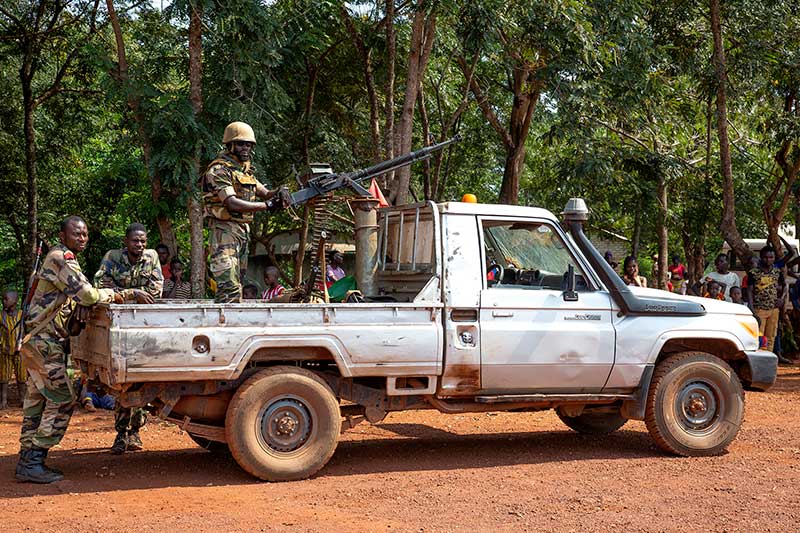 “The entire region is best described as unstable. Travel in and around CAR is dangerous. Several governments advise against all travel in the country, with the exception of the airport at Bangui and the city center for only essential travel,” Brown said.

Global Rescue’s destination reports summarize the challenges: Sudan’s borders are militarized and violence breaks out regularly. The Lord’s Resistance Army (LRA) is active near the border with Uganda and violence between tribal groups is common. The Democratic Republic of the Congo is affected by political instability and high rates of crime. Violent militias control areas in the eastern region. In the CAR, sectarian tensions often escalate into violence. Armed bandits pose a threat, which is compounded by a weak and corrupt police force.

Risk Mitigation from Start to Finish

Brown, the owner and director of an internet marketing business, decided to hire some security experts for his trip.

“I dropped an email to Global Rescue and received a reply within hours: ‘Call me.’ That I did and explained briefly I wanted to get to a specific location near a small town in CAR called Obo,” Brown said.  “It turned out the guy I’d reached at Global Rescue had actually ‘worked’ in Obo.”

After Brown’s initial intake call, the team got to work on a feasibility study. Global Rescue looked at the trip from all aspects: aviation assets, country clearances, COVID restrictions, terrain and weather analysis, and logistical analysis.

Brown was briefed throughout the planning process, offering input and signing off on the proposed course of action.

“It’s a highly individualized project I’ve set for myself, and I only know of two other people who are trying to visit all of the poles,” Brown said. “If anyone is daft enough, I’d strongly suggest they work with experts like Global Rescue who have hands-on experience in the exact region.”

Planning Around Civil Unrest and COVID-19 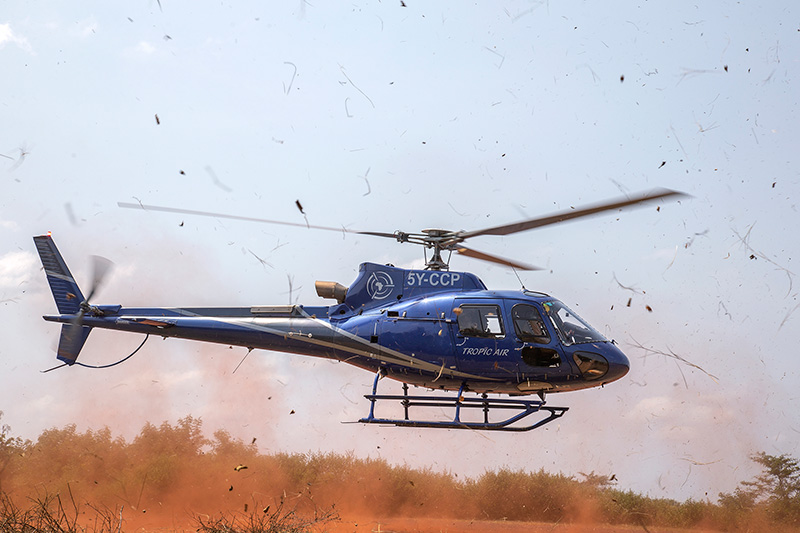 It’s not an easy task to plan a trip to an area with a host of risks from terrain (a triple-canopy rainforest) to temperature (38 Celsius/100 Fahrenheit with high humidity) to transmission (Zika virus, Dengue Fever, Ebola and COVID-19) to target (unmarked and more than 1,100 miles from the nearest coast).

With medical and security teams staffed and led by experienced special operations veterans, Global Rescue excels at complicated travel plans. The operations team developed a five-phase plan with a timeline, key actions and contingency plans for each phase.

“The Global Rescue Security Team planned and led the entire operation,” said Harding Bush, manager of operations at Global Rescue. “The intelligence and medical teams also provided support during the planning process and backside support throughout the operation. It was a turnkey operation for the client.”

The result: a 40-page PowerPoint that looks at every detail of the trip — down to the minute. Say, for example, the team meets with civil unrest in Bangui. “The team will shelter in place and assess the situation to determine whether to continue or abort,” Bush said

What if the team meets up with hostile forces on the ground in Obo? Team will move 5 km away from the area and make communication with the air crew to determine the next action.

“Our original planned route took us through Morocco into CAR, but COVID restrictions and quarantines would have hindered our travel, increased our travel time significantly, and ultimately increased our exposure for something to go wrong,” Bush said.

The issue with the new plan: all flights over CAR territory require government permission and have to originate in Bangui.

“We needed a government facilitator. Global Rescue’s contacts in the region were at the base of the whole operation. Without them, none of it would have happened,” Brown said.

The result? Two Global Rescue operations and logistics experts flew from the U.S. to the U.K. to meet Brown and mission photographer Cat Vinton in London.

The next stop was Bangui, but “the original commercial flight itinerary out of London into Bangui (via Air France) was rescheduled,” Bush said. “We had a buffer planned in to our travel timeline that would have allowed us to take the rescheduled flight and still attain mission success, but decided to book another itinerary (through Kenya Air) to save the buffer in case we needed it later.”

The next day, the group took a two-hour chartered aircraft from Bangui Airport to the dirt airfield in Obo, meeting up with the Forces Armées Centrafricaines (FACA) security detail, four soldiers from the local armed forces. A second chartered flight, this time on a helicopter, delivered the team in two stages to the designated site.

Once there, “we had to pick our way through fairly dense jungle with the helicopter hovering above our position, out of small arms fire range, in case of emergency,” Brown said. “High temperatures and high humidity combined with a total lack of air movement under the canopy made this the hardest section of the trip. The pace was unrelenting with time constraints on both the helicopter fuel and a night curfew for returning to Bangui.”

The trip to the African Pole of Inaccessibility was a success. The team pinned down the exact point (5°39.0’N, 26°10.2’E), took photographs and an earth sample.

Bring Global Rescue with You 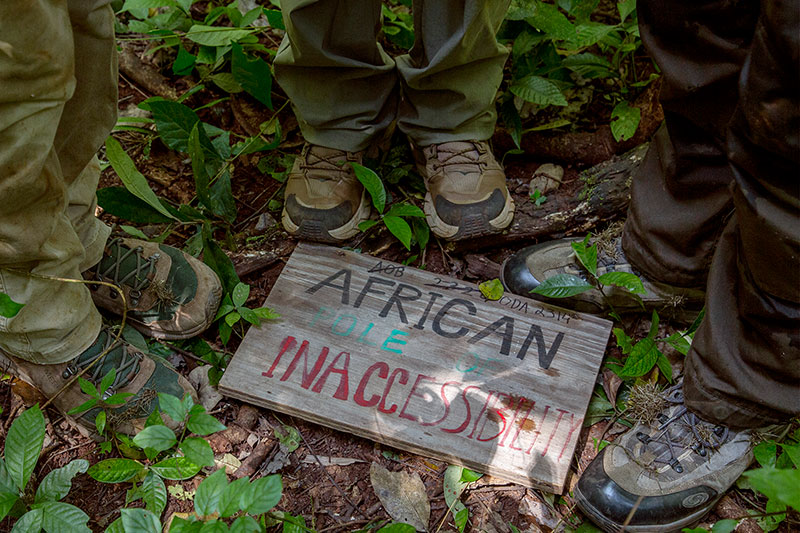 Outside of one flight being rescheduled, the expedition went according to plan.

“There isn’t much we would have done differently. Maybe if the COVID-19 conditions were different we would have taken a more direct route to get in and out of CAR, but it worked out fine with Kenya Air,” Bush said.

Is the quest to reach the Poles of Inaccessibility suitable for the average traveler?

“In CAR and many other African countries, the situation can go sideways in an instant,” Bush said. “With proper planning, risk mitigation and experienced personnel leading the expedition the average traveler would have a great experience.”