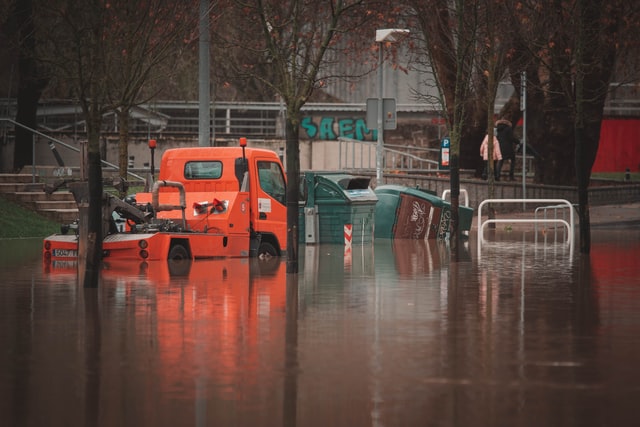 Summer travel is all about sunshine and warmth, but, if you don’t research your destination, your trip could be more about tropical cyclones, hurricanes, tornadoes and wildfires. Global Rescue experts provide advice to help travelers prepare for wild weather.

There was much more to watch on the news than the numbers of rising and falling coronavirus cases in 2021. Wild weather — from storms and flooding to heatwaves and wildfires to drought — wreaked havoc across the globe and many travelers had a front row seat.

Who can forget tropical storm Grace flooding Haiti just days after an earthquake? Then the shocking videos of flooded roads and buildings courtesy of Typhoon In-fa in China, which forced one million people to relocate and killed 300. Other parts of the world — Siberia, Pakistan, northern India and parts of the Middle East — were subject to persistent heatwaves, with temperatures hitting 52 degrees Celsius/125 degrees Fahrenheit in some areas. In Madagascar, a widespread drought caused food shortages.

Urban areas, coastal communities and underdeveloped countries are often the most affected by natural disasters. More people and more buildings increase the likelihood of extreme weather resulting in devastation.

“The human population of an urban environment presents an enhanced level of risk,” said Harding Bush, operations manager at Global Rescue. “The character of commercial, industrial and residential sprawl can increase the effects of a natural disaster, such as a flood, fire or earthquake.”

It is possible to predict some weather patterns, but 2022 is already proving to be a challenge. One example: A widespread drought caused food shortages in Madagascar in 2021, but the world’s second-largest island country suffered flooding in late January 2022. NASA has already tracked three volcanic eruptions, two cyclones, two tropical storms and several disastrous floods between January and April.

On average, there about 6,800 natural disasters worldwide annually. Between 1994 and 2013, natural disasters affected 218 million people and claimed 68,000 lives per year. Earthquakes (including tsunamis) killed more people than all other types of disaster put together. In the United States, Texas experienced the most natural disasters (between 1980 to 2020), according to Climate.gov.

Wild summer weather will depend on where you are in the world; latitudinal location and local geography (distance from the ocean and nearness to mountains) are two of the factors determining weather. Central United States (located between two air systems) will be watching out for tornadoes in May; Belize, with a 174-mile coastline, has a wet season between June to July; and the official hurricane season in Puerto Rico, an exposed island in the hurricane belt, is August and September.

“Some predictable potential disasters are seasonal; hurricane season lasts from June to November. The rainy season in Africa lasts from June to October,” Bush said. “Typhoons in Thailand are more likely to occur between June and December. Hot summer days are usually followed by late afternoons with thunder and lightning storms.”

Be on the lookout for these natural disaster possibilities during the summer months: 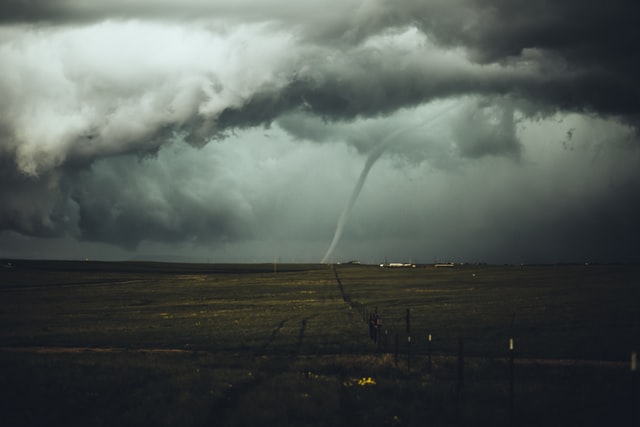 The best safety advice is to do your homework. Research whether your island destination is prone to hurricanes, or if tropical cyclones typically cross your cruise line’s path.

“Global Rescue members are experienced travelers, and careful pre-travel planning is not a new concept for them. Our members make themselves aware of all the significant threats and hazards so that they can avoid being caught up in an escalating incident,” Bush said.

This includes weather reports and patterns. Wild weather will ground a plane every time, but so will other external conditions, like extreme heat. Hot air is thinner and makes it harder for airplanes to create enough lift to leave the ground. Temperatures in excess of 48 degrees Celsius/118 degrees Fahrenheit will cancel flights. In general, bad weather means less reliable flights.

If you are ill or injured, you certainly do not want a flight delayed or cancelled. A Global Rescue member vacationing on a remote island experienced a deep laceration to his hand and received care from a local medical provider. When the hand became infected, extreme weather delayed travel to a higher level of care on the main island, placing his health at risk.

Wild weather will affect travel on many levels. Depending on the type and extent of the disaster, critical infrastructure could be compromised. No electricity? No ATMs. Flooding? No transportation or an increase in transportation time. In all weather safety situations, Global Rescue suggests:

A Global Rescue membership is also a good idea. Global Rescue members have access to real-time information on more than 215 countries and principalities worldwide. Our in-house travel experts are also available 24/7/365 to answer questions and offer advice on what to do in any medical emergency, security risk or natural disaster. You can also check out our Travel Intelligence Center, a new one-stop information resource providing daily travel alerts, COVID-19 information, universal safety advice and links to travel resources.