Debunking the Longest Walk in the World 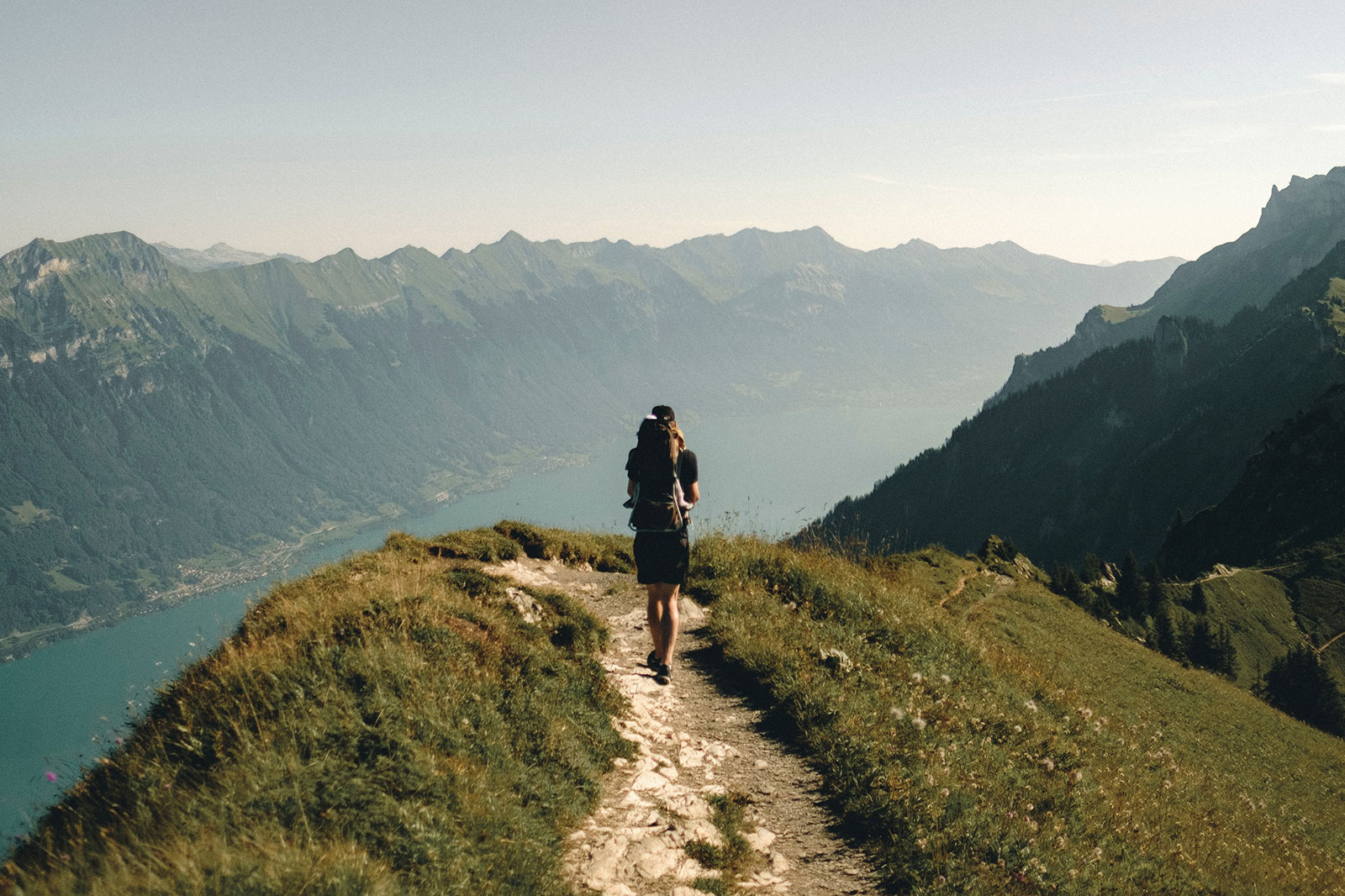 The 14,334-mile, longest walkable “road” in the world is certainly something out of Forrest Gump. Because like Gump, you’d have to be a fictitious character with extremely good luck to be able to ever go this distance. Global Rescue experts explain why.

We were all looking for ways to get a few extra steps in during the start of the pandemic. But one individual, Reddit user cbz3000, took it to a whole new level when he (or she) posted a route now thought to be the longest walkable road in the world.

Stretching 14,334 miles (23,068 kilometers), the route snakes from Cape Town in South Africa to Magadan in Russia by way of the Suez Canal, Turkey, Central Asia and across Siberia. We’re talking a rambling path crossing a grand total of 16 different countries — no aircrafts, boats or ferries required (just open roads and bridges).

Within a short period of time, the longest walk in the world took the internet by storm, being shared across sites like Nerdist, Explorersweb, Skratch, among dozens of others. The consensus was if you were to walk eight hours a day with no rest days, it would take 562 days to complete. And with an elevation change of 123,000 meters, it’d be like climbing up and down Everest 13 times.

Still, despite the path’s online popularity, there have yet to be any known takers of this traverse.

“It’s not that walking this distance is impossible,” said Jeffrey Weinstein, a medical operations supervisor at Global Rescue. “But there’s a big difference between something being doable and something being accomplishable. There are just so many complicating factors to this trek, it would be extremely unlikely anyone would be able to accomplish it.” 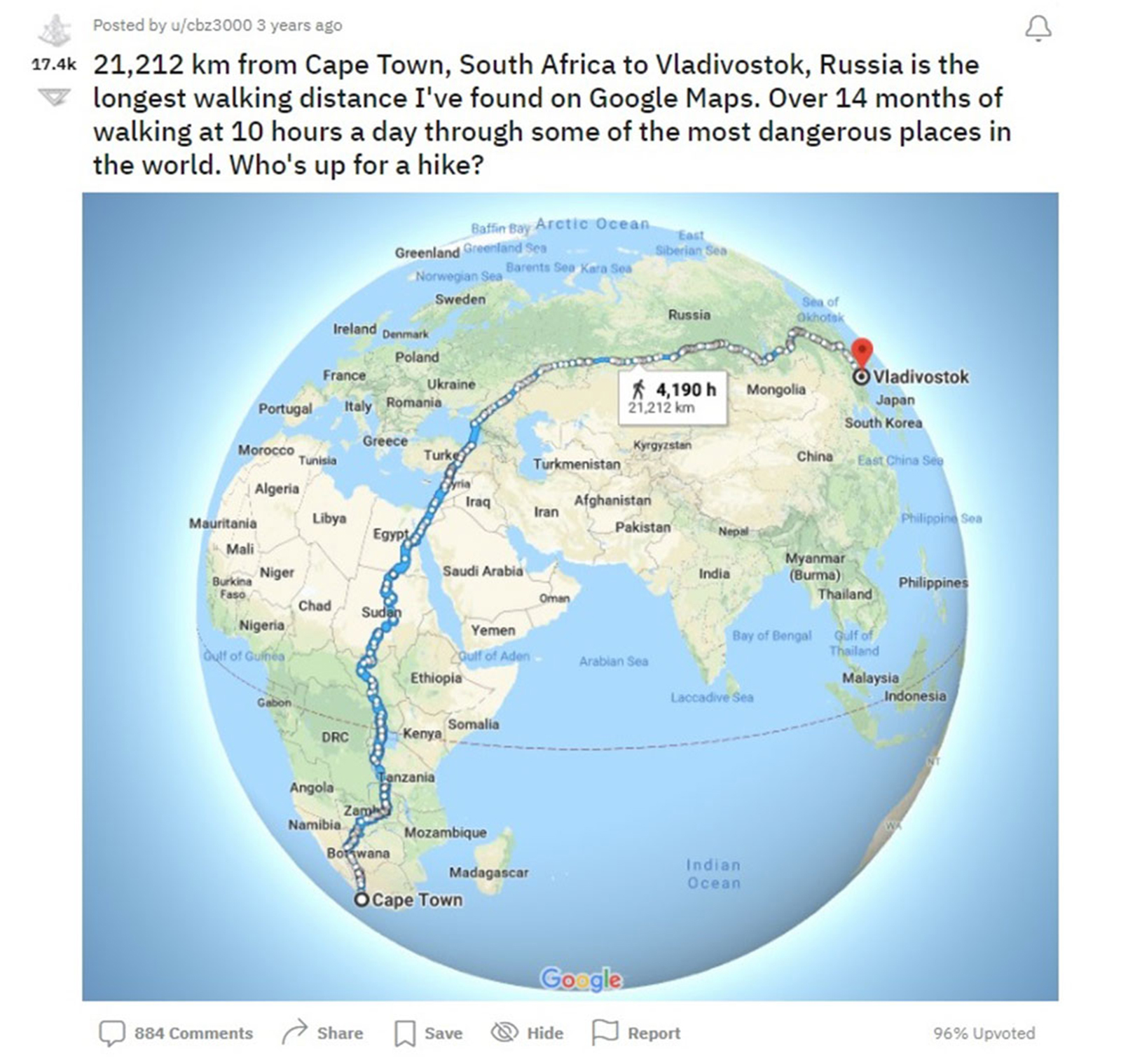 The post (pictured above) that took the internet by storm garnered close to 900 comments on Reddit — some praising cbz3000 for this impressive mapped-out feat, others calling it “suicide with extra steps…a lot of extra steps.”

Global Rescue is a company all about providing support to those who want to travel the world to accomplish the tough and challenging. It’s why we’re the preferred travel protection provider for adventure types, from mountaineers seeking to bag their next big summit to paragliders, cave divers, heli-skiers and beyond. But when it comes to the longest road in the world to walk, Weinstein elaborates on why it’s outright outlandish.

Planning Would Be Next To Impossible

You would be walking through 16 different countries, which means you need to apply for visas or entry permits for all. “Not all countries are going to be visa on arrival, and vaccination requirements for all are going to be different,” Weinstein said.

And just because this route was made on Google Maps doesn’t mean it considered border crossings. “You can’t just stroll into a new country,” Weinstein noted. “You need to go to a border crossing and you’ll likely have to go off route.”

How about the survival equipment you plan to pack, say a hatchet, knife, fire starter or satellite phone? Due to fluctuating temperatures, terrains and changes in food availability on the way, these would be essential items. But which countries are going to allow you to actually possess them? That’s another level of research.

“The amount of pre-planning and logistics that would have to go into this are huge,” Weinstein added. “It’s an absolute logistical nightmare.”

Packing Would Be a Nightmare 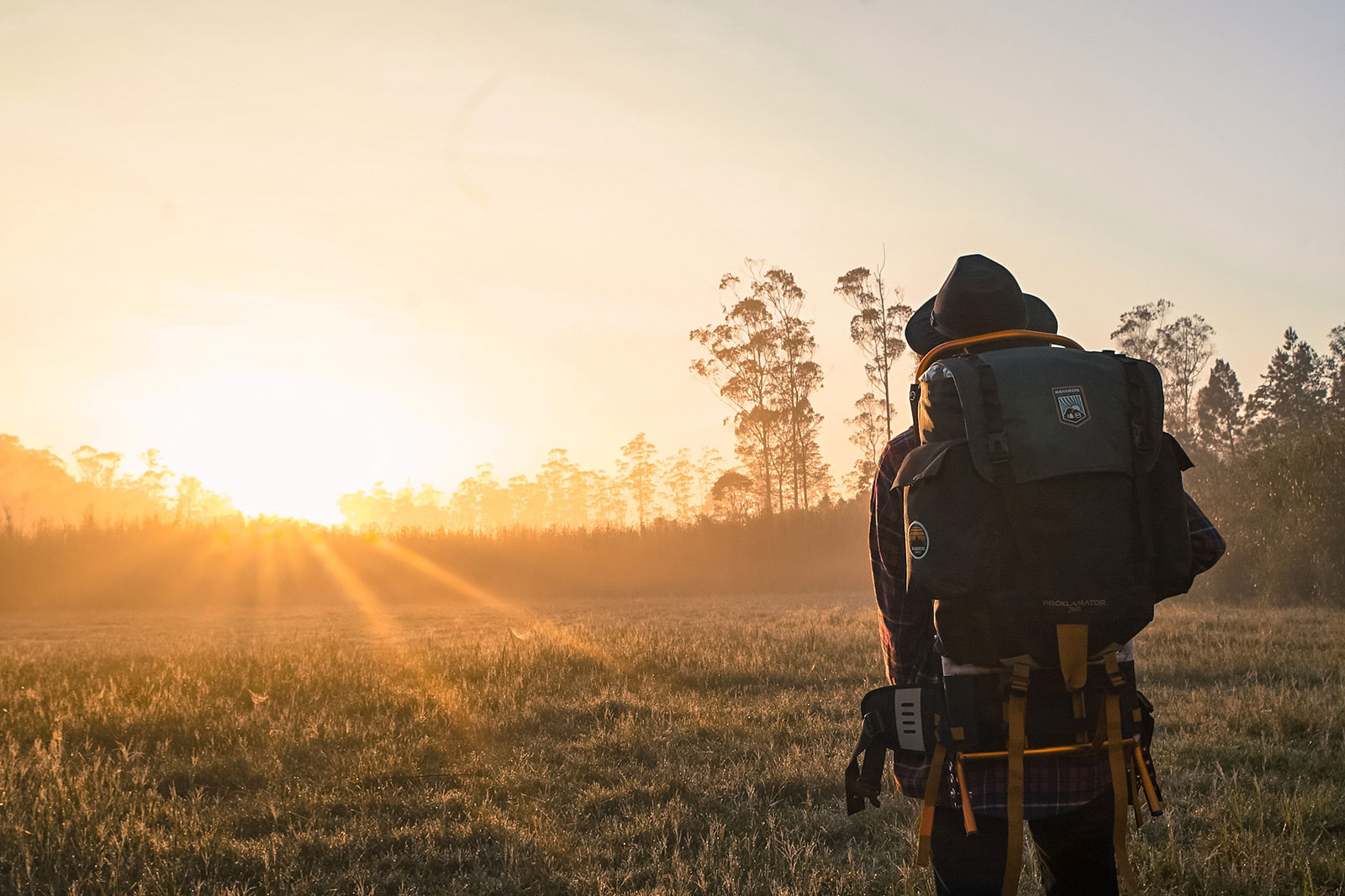 “There’s a lot of equipment you would have to bring in order to do this,” Weinstein said. “What you’re going to need for shelter in the African Sahara is going to be very different from what you’ll need in the Russian tundra.”

Not to mention, how do you pack enough medical gear to support yourself against the vast amount of contingencies you could face? “Whenever you go somewhere remote, little incidents can become big issues fast,” he said. You’re simply not going to be able to pack all the medication and equipment to treat every little thing that could arise.

What about when your shoes wear out? Shoe manufacturers recommend consumers replace their hiking boots every 350 to 500 miles depending on usage. Are you going to pack multiple pairs of boots? There’s probably not going to be many opportunities to hop off trail and resupply in a nearby town. “You’re going to be traveling through vast areas of nothingness,” Weinstein said, “and probably for weeks at a time.”

So Many Risks Along the Route

Hypothetically, say you could fully prepare and pack everything you need (not to mention, you’re a major endurance athlete able to handle this kind of physical undertaking). One of the biggest problems is the risk factor associated with animals and other people potentially encountered along the way. For example, Zimbabwe is home to the black mamba, one of the world’s deadliest snakes. Uganda has the highest number of recorded cases of malaria in the world. South Sudan is one of the most dangerous countries in the world, plagued with armed robberies, assaults and kidnappings. Syria is witnessing a civil war. And that’s just the tip of the iceberg.

“You would be walking through poverty-stricken, third-world countries,” Weinstein said. “There’s a risk for people stealing from you, you being taken advantage of, kidnapped or killed. It doesn’t matter how well you plan or pack or prepare, there are just too many risks outside of your control.”

Language barriers, having to change currency, staying hydrated in places with low water tables or unclean water — these are all additional complicating factors you’d have to account for. And, as a direct result of overexertion, there’s a chance of life-threatening injury and illness, too.

“When you exert yourself for long periods of time, it opens up a world of potential complications – hyponatremia and hyperkalemia (which, respectively, are low-salt and high-potassium levels in your blood and can result in cardiac issues), rhabdomyolysis (death of muscle tissue, which can damage the heart and kidneys), and even confusion and disorientation,” Weinstein noted. “No doubt you’d have to be a top-tier athlete to even attempt something like this, but these are common concerns endurance athletes face.”

Walk This Way with Global Rescue 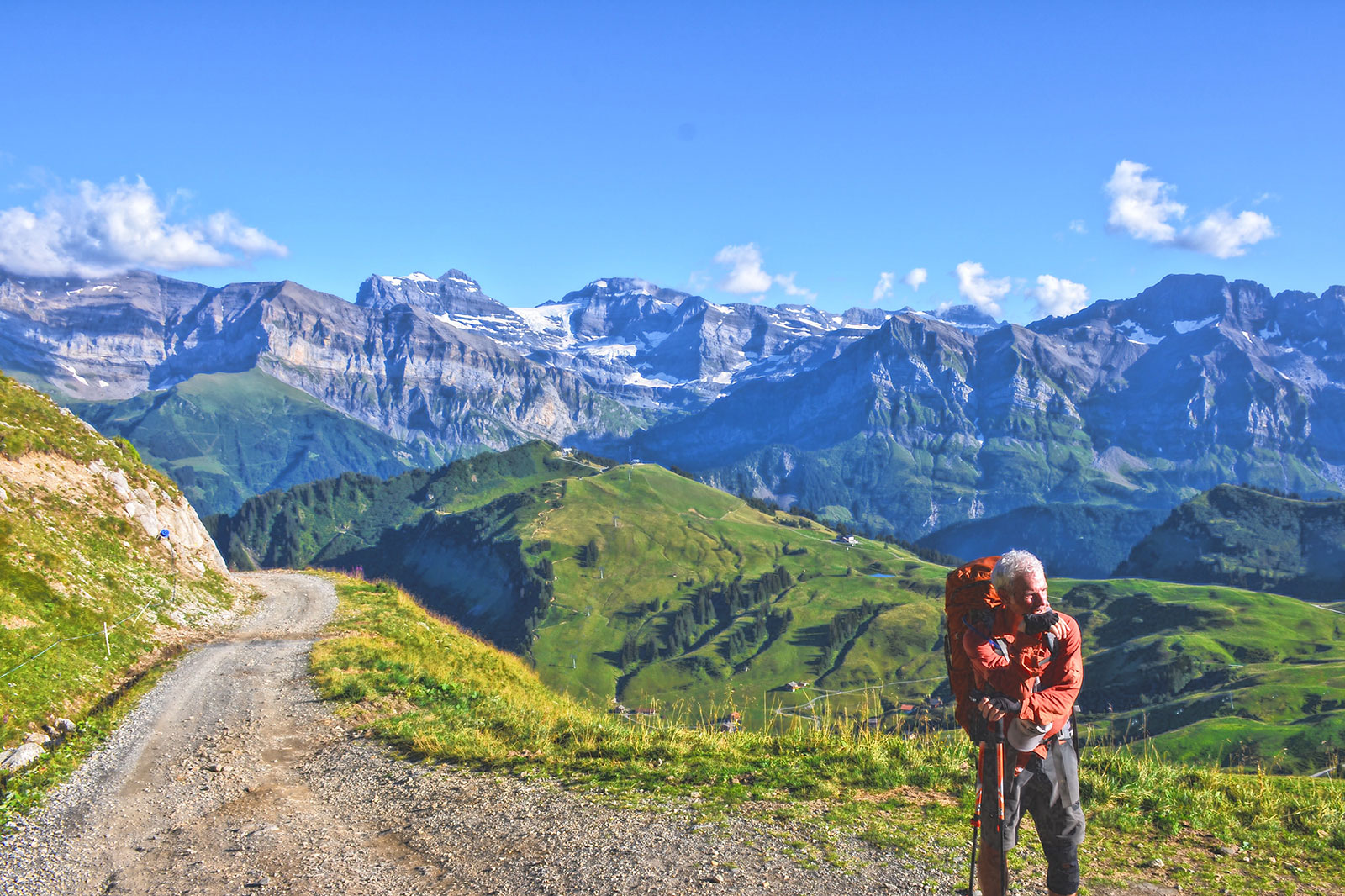 There are, of course, more realistic long-distance walks and thru-hikes to make around the world. While they still require a precise level of planning, preparation and training, unlike the longest walkable road in the world, the following are actually accomplishable.

Find yourself planning a trek someday? Whether close to home or far away, go with Global Rescue. Not only can we pluck you from whatever precarious situation you find yourself unable to get out of on your own — and do so fast — but because, without us, a medical evacuation for illness or injury could cost you a pretty penny. Under our membership, you never see a bill.

Traveling off the Beaten Path?