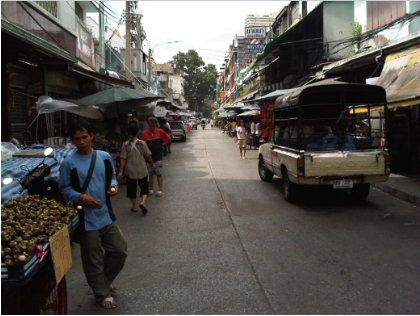 In “The Snows of Kilimanjaro,” Ernest Hemingway’s lead character, Harry, is scratched by a thorn while on safari and develops gangrene in his leg. His life flashes before his eyes as he lies dying, awaiting an air ambulance from Nairobi that he knows will not arrive in time. The story does not have a happy ending.
That was written in 1936, a long time ago in terms of medical care,and yet gangrene is still a risk for safari travelers, said Dr. Phil Seidenberg, African Regional Medical Director for Global Rescue. Tetanus and a number of other illnesses that are easily treatable in the developed world are a recurring problem in Africa, as are illnesses that doctors rarely see in the United States these days.
But the greatest risk to travelers on safari is “blunt trauma from direct contact with an animal,”Dr. Seidenberg said.
Just a few days before giving this interview, the Zambia-based emergency room physician treated a 60-year-old man who was gored by a Cape buffalo. The tourist was paddling a canoe down the Lower Zambezi when he came in contact with the herbivore.Statistically the most dangerous of Africa’s “Big Five” game animals, this encounter went horribly wrong. The 2,000-pound animal charged, head lowered, and the beast’s horn punctured and tore off a piece of the man’s scrotum as it threw him into the air. Luckily, the buffalo wandered away before it finished him off, as frequently happens with these animals. Bleeding and in agony, the tourist, who had no travel assistance provider, endured a four-hour overland drive to the nearest medical center.
Dr. Seidenberg works at the emergency room at the University Teaching Hospital, a sprawling, 1,800-bed facility in Lusaka, and regularly sees injuries inflicted by big game in the surrounding bush. “Hippos are probably the most dangerous,” he said. “They’re faster than you might think.”
Other fearsome injuries he sees include bites from poisonous snakes, especially the black mamba and spitting cobra.
The Texas native originally went to Zambia on a public health mission with Massachusetts General Hospital, and he and his wife decided to live there. Now he directs all of Global Rescue’s medical missions on the continent.
Thousands of Global Rescue members travel to Africa every year, and its highest peaks are where most of the missions have taken place.Last summer, for example, Global Rescue worked two missions in the mountains of Tanzania. In one case, one of its members was showing signs of high altitude pulmonary edema (HAPE) on the summit of Kilimanjaro, so Global Rescue evacuated the man to his home in the United States.
There are roughly 1,000 medical evacuations from that mountain every year and between 20 and 30 deaths.
Even Harry, from Hemingway’s novel, hallucinated that he was aboard the rescue plane, off to meet his maker on the snows of Kilimanjaro.